Being “normal” is a little bit of a challenge.  There are several reasons why this is so.  One is that knowing what is “normal” is not always easy.  Then too, being “normal” is not always what one aspires to.  Also, there is the moral part of “normal”—what I would call, any other time, the “normative” part of “normal.”  You see why I didn’t do it here.  If you are ready to object that normal simply means “most common,” please see abnormal and draw your own conclusions.

In the New York Times for May 27, David Brooks wrote a column called “Heroes of Uncertainty.”  It was a very adroit column, in which Brooks shared his doubts about the new Diagnostic and Statistical Manual of Mental Disorders  (DSM-5) on the one hand and lauded the psychiatrists who refuse to be bound by it and who, instead, jury-rig treatments for the patients they actually have.  He also snarked, wittily, that if the creators of DSM-5 are so hot for “new diseases,” they should have included “physics envy,” because the crucial failing of the psychological sciences is their aspiration to me more like the physical sciences.

But for me, the most important part of the column is his reference to Dr. Allen Frances and to his book, Saving Normal, which I have taken as the title for this post.  Here is a clip from the book review at Amazon.com.

Anyone living a full, rich life experiences ups and downs, stresses, disappointments, sorrows, and setbacks. These challenges are a normal part of being human, and they should not be treated as psychiatric disease. However, today millions of people who are really no more than “worried well” are being diagnosed as having a mental disorder and are receiving unnecessary treatment.

This practice is bad in a number of ways.  Here are four.  It “leads to unnecessary, harmful medications, [to the] narrowing of horizons, [to the] misallocation of medical resources, and [to the] draining of the budgets of families and the nations.”

You’ll agree that those are serious.  This one is worse.  By doing this, we “shift responsibility for our mental well-being away from our own naturally resilient and self-healing brains…and into the hands of ‘Big Pharma,’ who are reaping multi-billion dollar profits.”

There are two points here that are worth our attention.  The first is that we shift responsibility away from ourselves.  We explain “what is going on” in our lives in ways that cause us not to look to our own resources, but to pseudo-scientific, cookie cutter, psychopharmacology.  That one is going to have to wait for another post.

The second is that we shift responsibility to the pharmaceuticals industry (Big Pharma), apparently hoping that the right pill will save us.  How does that work, exactly?  Well,…“normal grief 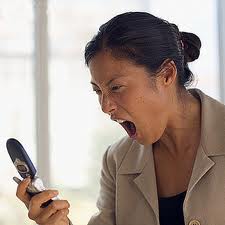 will become ‘Major Depressive Disorder;’ the forgetting seen in old age is ‘Mild Neurocognitive Disorder’, temper tantrums are ‘Disruptive Mood Dysregulation Disorder’, gluttony is ‘Binge Eating Disorder’…” and so on.

I think Dr. Frances is right.  I think these name changes will become common among therapists and, more alarmingly, among patients.  In all these pairs, we see the option of defining them as moral or normal on the one side and as medical on the other side.  Grief and forgetting are “normal.”  They are not pathological.  Temper tantrums and gluttony are moral failures.  They are not pathological either.

Society is pretty much a moral enterprise.  There are rules we are supposed to live by and failure to live by those rules ought to bring moral condemnation.  Ideally, the person who violated the rules would condemn himself, apologize, affirm the general value of the rule, and promise not to do it again.  Failing that, the society should condemn him for the violation and provide the array of incentives and disincentives that will not only change his behavior, but that will also bring him back to the moral standards.

Calling these behaviors medical rather than moral doesn’t do any of those things.  The approach that treats these issues as moral issues and that counts on the wisdom of the violator or the community where the violator lives is better in every way.  If it works.  If it doesn’t work, it isn’t better.

What we have actually done for a long time now—most of my lifetime—is to define issues like this as normal (she forgets things sometimes) or moral (I’m sorry, I shouldn’t have done that) as long as we are able to define them that way.  When the behaviors get really bad, we ask for professional assistance.  I think that’s the way it ought to work.

In this way of looking at it, the difficulty is that we choose professional interventions first.  We don’t try, first to incorporate these events into the normal rhythm of our lives or try, first, to show that important norms have been violated and apologies are in order.  We skip over both of those and go for the pill—whatever new solution the pharmaceutical companies have come up with.

This is the place for vilifying doctors and hospitals and insurance companies and pharmaceutical companies.  I’ll leave that to people who are better at it than I am.  What I want to point to is that under these conditions, everyone involved is rewarded for seeing a condition as a “Disorder.”  No one is rewarded when it is not called a “Disorder.”  Under those conditions, everyone slides slowly, not intending to, into the frame of mind where calling “Disorders” is the professional and the responsible thing to do.  It is the compassionate thing as well, because it takes the “suffering” of the “patient” seriously.

I’m going to close with two stories.  These don’t prove anything.  They do give illustrations of just what we are up against as we try to understand these matters.

Story #1          Something happened to me in the summer of 2006.  I didn’t know what it was then and I still don’t know what it was.  I lay around at home for a while trying to get better, but I kept passing out. I couldn’t sleep at night and couldn’t stay awake during the day.  I went to my doctor, who said, “I don’t know what’s wrong with you, but you are going to have to have some sleep.”  He said that when he found me asleep on the hallway floor outside his office.  He gave me pills that knocked me completely out at night and he put me on six months of antidepressants.  Because of those pills, I was able to start teaching at the beginning of the Fall term at Portland State.  The first week, I taught as much of a class period as I could and then went home and went back to bed.  By the third week, I was teaching whole two-hour periods and holding office hours.  They never did find out what was wrong with me, but the pills either fixed it or gave my body enough time to fix it on its own.  We don’t know. 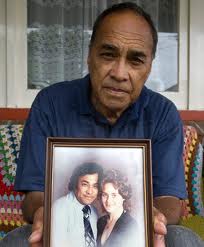 long time.  In the middle of this time, an old friend of mine pointed out that I was depressed and asked whether I had considered taking an antidepressant.  I thought about it for awhile and told her, eventually, that I wasn’t any more depressed than I ought to be, having lost a wife like that.  The way it ought to work, I said, was that I would be depressed for a while and then slowly start to get better.  And, with a lot of help from friends who knew me and were willing to put themselves out on my behalf, that is just what happened.  I did get better and ever since then, I have benefitted from what I learned as the process worked itself out through me.

You see the dilemma.  Story #1 and Story #2 define the options.  These are both good stories because I did what I needed to do in each one, but it wouldn’t be hard to imagine them reversed.  In the first instance, I would refuse medication when in fact, my active life had been brought to a stop.  In the second, I would refuse the experiences and the learning that working through my grief would give me and go straight for a pharmaceutical solution.

The authors I am considering today are worried that the #2 stories are going to fade away.  People who are taught to define their grief as a “disorder” will not accept the lessons it has to teach.  These authors also worry that #1 stories will be all that is left.  These stories are built on the premise that we don’t know what is wrong with you, but if you’ll take two of these every day, they will fix you.

We will all be poorer if that happens, no matter who is making money on it.