Surveillance and Its Discontents

The federal government has recently been prodded and leaked into admitting that they have been snooping on an unprecedented number of American citizens. I don’t really think this is an issue that is going to matter much.  It should, probably, but it won’t.  Let me tell you why I think that.

This is an ends and means question but it isn’t a very good one.  Here, by contrast, are two good ones.  I need a widget and I have only an hour to find one I like.  The first place I stop offers to sell me a widget at roughly twice what it is worth.   I think about this unfair price and then about where I will have to go to get a fair one in the time I have and decide to pay it.  The end I have in mind is keeping to my schedule; the means is paying too much for my widget.

In Robert Harmon’s movie, “Ike,” Gen. Eisenhower must describe to the King and Queen of England what Operation Overlord will be like.  The King is nearly overwhelmed by the estimate of casualties.  “…the expected losses—sheer carnage,” he says.  Eisenhower responds that he, too, is grieved by the casualties, but “…if they do not offer the sacrifice of blood now, we will all pay dearly with added gallons later.  So if some must die, it is in a worthy cause.”[1]

This question, like my widget question, is a matter of what end is to be achieved and what means will be ne 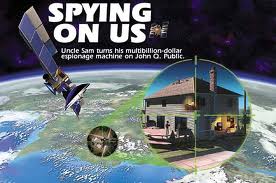 cessary to achieve it.  As different as these to settings are, they share some important features.  The first is that the end is a current value.  If I don’t have to shop elsewhere, I get to keep the time it would have cost me.  If we sacrifice the lives of many of our soldiers, we defeat the German army and end the war.

What value do we achieve by the currently confessed levels of surveillance?  No terrorist acts are committed against American locales or American citizens.  In this formulation, what we “win” is that nothing happens.  How would you like to run for re-election on that platform?

That is the current stance of the Obama administration and of majorities in both houses of Congress.  Not too much pop, is there?  Leaving aside the Obama administration (which, in the very unlikely event of a successful candidacy by Vice President Joe Biden, cannot be re-elected), we have all these Representatives and Senators claiming, as one reason why they should be re-elected, that something did not happen during their term of office.

So the goal statement is weak, politically.

The means statements are worse.  President Obama can say that the Congress and the federal judiciary are “empowered” to oversee the intelligence agencies—to exercise surveillance over our surveillance programs.  So to speak.  In fact, the President said it yesterday.

But that’s also why we set up congressional oversight. These are the folks you all vote for as your representatives in Congress, and they’re being fully briefed on these programs. And if, in fact, there was — there were abuses taking place, presumably those members of Congress could raise those issues very aggressively. They’re empowered to do so.

We also have federal judges that we put in place who are not subject to political pressure. They’ve got lifetime tenure as federal judges, and they’re empowered to look over our shoulder at the executive branch to make sure that these programs aren’t being abused.

All this makes sense to a rational person if Congress is briefed regularly and specifically on what the covert programs are doing.  They wouldn’t be covert very long under those circumstances.  And Senators Wyden (D-OR) and Udall (D-CO) were not impressed.  Here’s the New York Times for June 6.

“I do not take a back seat to any member of this body in terms of protecting the sources and methods of those in the intelligence community,” Mr. Wyden said. But he warned that those efforts “should never be a secret from the American people.”

Late Wednesday, the secret was exposed, bringing to light the scale of government collection of communication information in the name of national security that Mr. Wyden and another serious-minded Western Democrat — Mark Udall of Colorado — have been hinting at for years.

“The intelligence community can target individuals who have no connection to terrorist organizations,” Mr. Udall warned back in May 2011. “They can collect business records on law-abiding Americans.” 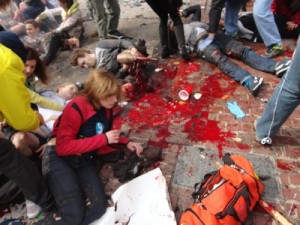 complicated, but I will say here that the courts have no independent basis for deciding whether the case the intelligence community made is asking for “data mining” was a good case.

So as an ends and means problem, it doesn’t look very good.  The ends will have to be embraced by politician who want to be re-elected and “all kinds of bad things did not happen during my term” is weak.  The means and supposed to be protected by vigorous debate among the policy branches of government but no one seems to know what means are necessary to deal with threats no one knows about.

But here’s the worst problem.  In order to protect our privacy, we have to be willing to allow for the likelihood that some terrorist acts will succeed.  Let me put that another way.  The government will have to intentionally choose NOT to take actions and everyone will know that the result of this restraint will be that acts of terrorism will be more likely.

A lot of Americans are not very happy about unimaginably broad surveillance by their government, but they feel very strongly that he government should do whatever is necessary to protect us from getting blown up.

This is why I started with widgets and invasions.  The debate on the value of the end and the cost of the means is right there in front of us.  We can have a debate about it.  In the case of the invasion, we did have a debate about it and it wasn’t as simple as that line attributed to General Eisenhower.

But we cannot have a debate about being willing to be less secure against terrorist attacks so that we can prevent unreasonable searches and seizures, the Fourth Amendment to the Constitution notwithstanding.  We will not allow our elected representatives to engage in that debate.  If they do, reprisal will be swift even if there is not a terrorist attack.  If there is, and the odds favor it no matter what our spy agencies do, the reprisals will be vicious.

But I think it’s important to recognize that you can’t have 100 percent security and also then have 100 percent privacy and zero inconvenience. We’re going to have to make some choices as a society.

We have never had that kind of elections and we do not now.

[1] Eisenhower tosses the word crusade into his account casually.  In our world, a lot of people understand that what looks like a crusade from one side looks like jihad from the other.  It isn’t a casual word anymore.

2 Responses to Surveillance and Its Discontents