A Retirement that Sparkles

I want to admit, right away before someone reminds me of it, that it is my own retirement I am thinking of.  I know that yours—the one you are currently experiencing or the one you are hoping to experience—will likely be very different.  To me, that doesn’t mean you don’t want your retirement to sparkle; it means only that different things will make it sparkle.

is post is about what I think will make my own retirement sparkle.  We’ll begin by recognizing that sparkle is what they call “a frequentative.”  My dictionary says that it “expresses frequent and repeated action” and by sweet happenstance, it gives sparkle as the frequentative form of spark.

Now let’s reset the scene a little.  I was sitting in the northwest corner of my favorite Starbucks—it’s where the Northwest Corner Caucus meets—and George Battistel, a member of the caucus asked me how the retirement was going.  I had put in a solid month of it at that time and wasn’t really sure.  I told George that I was pretty clear about some of the elements it needed to have.  I wanted to be active and I needed a good deal of structure, but I wanted to be more relaxed than my work at Portland State had allowed, but I still wanted to be “productive,” whatever that meant.  George said he thought that was pretty complicated and that I might want to give some thought to making it an acronym.

So I did that.  I made SPAR—structured, productive, active, and relaxed.  I was pretty happy about that.  “I’m retired, but I want to keep SPARRING.”  That sort of thing.  It did sound a little nautical for me, however. Then I thought I might be better off to have something that sounded like a unit of measure; something like reps or volts or decibels or something.  It wasn’t too hard to get to ARPS.  That sounded like a unit of measure to me.  “It’s a good retirement.  I’m averaging over five ARPS a day.”

I have no idea what that means.

The next time I saw George at Starbucks, I was ready to tell him about my ARPS but he had been thinking about it too.  His idea was that it would be a better acronym if it had a K in it.   He liked the idea of SPARK.  I liked it too and as I looked over my ARPS, I realized there wasn’t anything there that represented the persistent attraction to knowledge, which I was pretty sure would be part of any retirement I had.  So I make the K into KNOWLEDGE and put it at the end of my old SPAR.

That gives me SPARK for my retirement goals and, with the frequentative form, SPARKLE.  So what does all that mean?  It’s hard to say in advance.  Here is what I hope it will mean.

The P is there to remind me of productivity.  For me, that’s just doing something I think is worthwhile.  I enjoy some things just because they are enjoyable and I am very proud of that.  The other things I do need to have an effect of some kind.  That doesn’t mean that I am driven to achievement.  It mostly means that I like to keep track of whether I am actually doing what I am trying to do.  I still keep track of my mile times when I run on Wildwood Trail.  I don’t strive to achieve them; I just note what they are.  I like that.

The A is there to remind 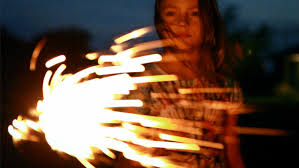 me that everything works better when I am physically active.  Many hundreds of times, I have begun a run I did not want to do and have discovered somewhere in the first quarter of a mile that this whole running thing is pretty nice.  Being active keeps my body feeling good, increases the number of calories I can safely consume in a day, and keeps me from being moody.

The R is there to remind me that I need to relax.  It’s like running; I discover how much I enjoy it when I make myself start doing it.  My niece, Kendy, calls it “unclenching.”  Perfect metaphor!  I could use a little Jamaican influence.  Maybe I should go to Jamaica and study them.  (Just kidding.)

The K is there to remind me that the production and consumption of knowledge has always been a major part of my life and, especially now when I have no classes to teach, I need to find ways to continue to emphasize it.  My friend Dave Campbell and I are presenting a paper at the Public Administration Theory Network convention in a few weeks.  Maybe I can count that as something like teaching a course.

So I hope to sparkle in my retirement.  We’ll see how it goes.