The New York Times did us all a service in its June 23 article, “As Critics Assail Trump, His Supporters Dig in Deeper.”  I confess that I liked it partly because it wasn’t news to me, but I also liked it because my own angle on political psychology looks most closely at the reasons people give for the things they do and the things they say.  That is really what this article is about.

Jeremy W. Peters, who wrote the article, has spent a good deal of time talking to Trump voters.  I think what he really wanted to ask them was how they can still support Trump after all he has done.  But that’s not really what happened in these interviews.

I counted seven of them all together and what I am going to do in this essay is reflect on just what some of the seven Trump voters wanted to talk about.  In most cases, it isn’t Trump, but the connection between Trump and and the polarized environment is best illustrated by Ms. Anders, who has the first and also the last word in this piece.

Even if Mr. Trump wasn’t at the center of the national conversation, Ms. Anders, the Loudoun County business executive, said she thinks that the country would still be polarized. But as long as he is, she said, people on the right and the left will probably continue to dig in based on what Mr. Trump does and how his opponents respond.

“It all coalesces around Trump,” she said. “It’s either, ‘Trump wants to put people in cages, in concentration camps.’ Or, on the other side, ‘Oh the left just wants everybody to come into the country illegally so they can get voters.’”

She concluded: “We can’t have a conversation.”

She notes that the country was polarized before Trump arrived—she didn’t say that Trump didn’t make it worse.  The difference is that it is very difficult, now, to talk about the polarization.  The topic defaults to Trump instead.  “He wants to put children in cages” say the people who “just want to leg everybody come into the country illegally so they can get voters.”  [It is not my fault that the apostrophe is where it is.]

Neither of those is Ms. Anders’ view.  She would like to have a conversation rich enough to sustain the nuance and complexity—her words—that the issue deserves.

But then she comes down at the commonest of all Trump landing places: she is angry at Trump’s critics and “it makes me angry at them” and it makes me “want to defend him to them more.”

The words I would like to highlight are “to them.”  She wants to defend Trump “to them.”  There is the fraught relationship.  That is what is drawing Ms. Anders’ attention.  The reaction of Trump’s critics are “overblown” and it makes her angry.  Trump disappears from the battlefield at this point and the war between Ms. Anders as the Trump critics continues unabated.  If Trump were to disappear tomorrow, the critics would still have done what they have done, would still have committed their crime and Ms. Anders would still be justifiably angry at them and would still want to blame them for what they had done.  They destroyed nuance and complexity and they have to be made to pay for what they have done.

I agree with nearly everything Ms. Anders says.  She doesn’t apply her criticism to herself, which something a compassionate liberal might be able to help her with, but what she ways about the President’s critics is exactly right.  My disagreement with Ms. Anders is about salience.  There are two issues to deal with here.  Trump is doing terrible things (that’s one) and his critics are immoderate in their criticism (that’s the other one).

Ms. Anders is so deeply offended by the critics that she is willing to downgrade the Trump policies to second place.  What the policies are and why they are being pursued and what the effects are and what alternatives are being foregone—all those are secondary.  The most highly salient issue to her is the quality of the critics.

It is at that point that I have to leave her.

They are interviewees #2 and #4 in my list.  They, too, are not addressing President Trump and if, as I suspect, the question Peters really wants to ask them is, “How can you keep on supporting this guy!?” he is going to continue to be frustrated.  That is not what the Trump supporters talk about (with the single exception to be dealt with at the end).

“He’s not a perfect guy; he does some stupid stuff,” said Tony Schrantz, 50, of Lino Lakes, Minn., the owner of a water systems leak detection business. “But when they’re hounding him all the time it just gets old. Give the guy a little.”

time.  That is a fact.  Mr. Schrantz is correct.  There are two things wrong with what they are doing.  The first is that they are not being “fair-minded” (my word) in that they are not giving him any leeway.  I think that is what the reference to “a little” is.  Trump is a public figure and they—the media or the critics—ought not to be so quick to judge him.

The second thing that is wrong is that this persistent criticism has lost its entertainment value for Mr. Schrantz.  “It just gets old” is not a comment on the truth or even the importance of a criticism of the President.  It’s just that having heard it so much has worn off the novelty.

“It’s kind of like when you experience a sensation over and over and over again,” said Daniel Arnold, 32, a warehouse manager from Leesburg, Va., about an hour outside Washington. “A sensation is no longer a sensation. It’s just, ‘Oh, here we are again.’”

Arnold is looking for anomalies.  The criticism of the President by the media is not anomalous, so it is not worth paying attention to.

“It bothers me that he doesn’t tell the truth, but I guess I kind of expect that, and I expect that from the media, too — not to always tell the truth or to slant it one way,” said Julie Knight, 63, a retired personal injury case manager from Algona, Wash.

Ms. Knight comes at it from a different side.  She has been following the news and she knows that the President doesn’t always tell the truth (A common New York Times headline is “Trump lies about ______”)  But she doesn’t think the media always tells the truth either.  So we have a source we don’t trust saying that an officeholder we like is lying.

A more serious criticism, although it doesn’t seem as major in her comments, is that what she means by “telling the truth” is not slanting the news one way or the other.  This is completely useless way to assess “slant.” 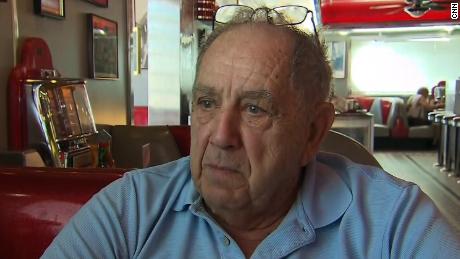 party.  There is his administration and then there is “the media.”  This means that the President is running in a one-horse race, which means we know who is going to win it.  The notion that the opponents are the Democrats and that the media’s job is to call the fouls and enforce the penalties, is a notion long abandoned.  Ms. Knight is a prime example.

On the other hand, some Trump supporters really do address the policy context and the way they do it speaks volumes about how Trump has regained their loyalty.

“Let’s see,” said John Westling, 70, of Princeton, Minn., reciting a list of the president’s accomplishments that he said no one in the media wants to talk about. “Economy booming, check. Unemployment down, check. Border security being addressed, check. Possible end to the Korean War that started when I was 3 years old, 68 years ago, check.”

This list has the advantage of actually being about policy outcomes, at least superficially.  But this kind of support is very thin.  Westling says that the booming economy and the low unemployment numbers” are “achievements” by the President.  But that’s not really the way the economy works.  Presidents who are in office when the economy is bad are blamed and those who are in office when it is good are praised.  The causal links are completely obscure.  And does anyone think that when the economy tanks and unemployment goes back up, that Westlake is going to blame the President for it?  Of course not

Border security is “being addressed” says Westlake.  Emotionally, that is the kind of claim any President’s supporters make.  “At least he is trying,” they will say.  But Mr. Westlake seems to think it is an achievement.  He certainly thinks the recent meeting with Kim Jong Un is an achievement although nothing has yet come from it and most experts seem to think nothing will.  “Possible end,” says Mr. Westlake.

And there are others.  Lynn Dittbenner admits that it is terrible about kids getting separated from their parents at the border, but “the parents shouldn’t have been there.” Gary Winthorpe is wary of the President, but feels that he is doing his best and that people ought to recognize him for that.  The list of devices goes on and on.

Of the people featured in the article, only John Westlake looks at the policy outcomes—or in some cases, the intentions—and says they are praiseworthy.  I have given the reasons why I think those “outcomes” are spurious, but Westlake is using the right metric.

The other Trump supporters have turned instead to attacking the media. THEY are not being fair to HIM.  I think it is surprising that the Democrats don’t show up in this set of justifications.  For these people, I think there are no other proposals for governing the nation.  There is only President Trump and whether he is being treated fairly or not by his critics.

This is the kind of perspective you hear from fans of the home team who believe that the umpire is not calling the balls and strikes fairly.  They see the pitch from where they are seated.  They hear the call from the umpire immediately behind the plate.  They say that he is mistaken or corrupt because that’s not what the pitches looked like from where they are sitting.

End of story.  It’s not a pretty story, it seems to me, but this way of understanding how they justify their political preferences helps me grasp, finally, why for this part of the electorate, nothing will work.