The Times, They Are A’Changin’

Let’s take as an example the Roaring Twenties and the Stodgy Fifties. [1]  The 20s were a time for experimentation and throwing away traditional norms.  The 50s were a time of recovering from that and reacquiring those traditional norms.  Then, beginning in the middle of the decade with what we now call “the 60s,” another time of experimenting, leading to another hungering for “the old days.”

That way of looking at society and change has the rhythm of the tides to it.  In and out; in and out.  But when you are at the end of a prolonged period of what I called above “recovery,” it doesn’t feel like that.  It feels like the whole society is static and dull and has been like that forever and that change—something!—would be better.

I heard that in Bob Dylan’s song, “The times, they are a changin’,” which “we” sang in a 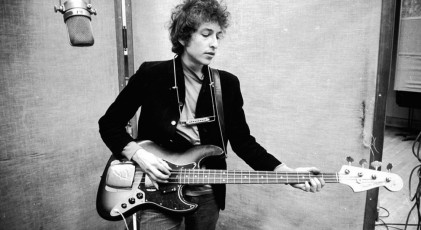 concert last week.  “We” is the Plaza Singers, a choral group in Holladay Park Plaza, where Bette and I live.  It was part of a program called “When we were 15,” which tells you a little about how the songs were chosen. [2]  And one of the songs “we” sang when we were 15 was “The times, they are a’changin’”, which was released in 1964, by my calculation the very last year of the 1950s or possibly the first year of the 60s.  I was 15 in 1952, so there must be some younger people in the choir. [3]

The result of all these developments is that I heard the song in a way I had never heard it before.  I can hear the frustration in it, especially in the assessment of the culture that is just about to be “outgrown.”  The deluge is coming and it is going to sweep all these unimaginative and stodgy social structures away.

Here are some samples, then I would like to come back and reflect a little on the Tea Party and Trump revolutions.

It calls on politicians who are not up for drastic change to get out of the way.

For he that gets hurt/Will be he who has stalled

There is going to be a crowd of people blowing through the halls of Congress, this says, and you can go with them or get out of the way or get crushed.  Those are your options.  Note that the political establishment and the energized populace are the two actors here.  Was that ever the case?

Come mothers and fathers/Throughout the land

And don’t criticize/What you can’t understand

Your sons and your daughters/Are beyond your command…

This one is a little different.  It is intimate, for one thing.  This is not about Congress, it is about families.  What will, later, be lamented as “the breakdown of the American family” is here celebrated as the beginning of the revolution.  “Command” is the old way, and the kids have outgrown that.  Just what they have grown into is not specified, but control by the parents for any reason, even deep respect, is over.

Note that it is the parents who do not understand and the kids who do.  This is not an 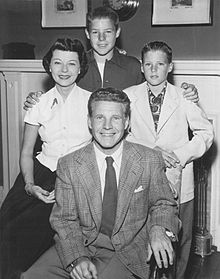 intergenerational kumbaya moment.  This is a massive supercession of an old and failed generation by a new and resourceful generation.  Imagine that David and Ricky Nelson rise up and put their sad old worn out parents Ozzie and Harriet, in their place.  That’s what we are talking about here.

So, in any case, we did all that.  We “offed the pigs” and we “brought the Mother down” and we made free love and we had a wave of radical violence, some based on race and some based more on class.  And then the tide came back in again and Congressmen were expected to actually govern, rather than just be run over by angry young people, and parents were expected to provide that best conditions they could for the development of their children.

It became clear in that era that some of the major players in Congress—and everywhere else throughout the legislative and executive branches—were the major economic players.  It isn’t just “the people” on one side and “the government” on the other.  It is the military-industrial complex and the Wall Street firms and the extractive industries and the labor unions.  And what once looked like “the people” demanding change from “the government” comes to look like a much more complicated transaction in which the government was bought off and the people distracted by actual prosperity for some and the promise of prosperity for all.  That kind of complexity does not sustain revolutions.  It also does not make good folk songs.

were in the 50s before all these self-appointed radicals took over.  We had a lot of flag burning [4] and so we now demand that people treat the national anthem as a sacred moment. [5] And we don’t have families the way we remembered them but we do have By God Family Values.

Think of it this way.  All the wonderful stable things we lost in the decadent 1920s we got back in the return to “normal” after the depression of of the 1930s and the war of the 1940s.  Then we lost them again—this is the period Dylan is anticipating—and now substantial sections of society are trying to get them back again.  Note especially, in this poster, Lucille Ball and Desi Arnaz in their separate little single beds.

It isn’t quite that simple, but when you look at society as ebb and flow, the once and for all drama of songs like “The times, they are a changin’” don’t have the power they seemed to have at the time.  We don’t actually go back, but the yearning for “going back” is now a powerful political force and we see it driving agendas in sexual orientation and immigration and publicly mandated religious expression, and sexual norms and a whole host of other questions that have become, as a result of the social ebb and flow, political hot spots.

It looks like the times, they are a’changin’.  Back.

[1]  Not to be judgmental.  I don’t remember ever hearing a characterization of the 50s.  I friend suggested “Fabulous Fifties,” but I don’t think I have ever heard that.

[3]  But in 1952, when I actually was 15, we listened to Jo Stafford’s, “You Belong to Me,” and Very Lynn’s Auf Wiederseh’n Sweetheart,” and Patti Page’s “I Went to Your Wedding,” none of which were sung by the Plaza Singers this year.

[4]  Which turned out to be a constitutionally protected form of “free expression.”

[5]  We started singing “The Star-Spangled Banner” at the ball games in 1918 when World War I was looking very grim and people were wondering why all these superb athletes weren’t off at war with everybody else.  Solution: sing patriotic songs.