This is President Obama, at an Obama Foundation event this last October. The man makes so much sense.

There is this sense [among some young people] that the way of me making change is to be as judgmental as possible about other people.. If I tweet or hashtag about how you didn’t do something right or used the wrong verb, then I can sit back and feel pretty good about myself, “Hey, did you see how woke I was? I called you out.”

The question he focuses on is, “Did you see how woke I was?” Note that the question is 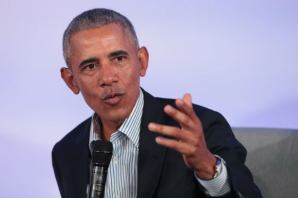 addressed to other members of the movement or the group or even just the clique. This question asks them to pay particular attention to the fact that I have gone beyond them; I have reached out to new targets or reached out in new ways with my condemnation of our common opponents.

The psychology behind this is familiar. It is also fundamental. Here’s an example from Neal Stephenson’s The Diamond Age. Lord Finkle-McGraw is explaining why, in an age of moral relativism, hypocrisy was considered the worst of all vices. [1]

…for people are naturally censorious and love nothing better than to criticise others’ shortcomings.

This is the point Obama was making.

I grew up in a pietistic religious culture. Some of the very “wokist” things were internal experiences that would be entirely unknown if you did not tell the group about them. Whatever your group favored particularly, you did more of it and criticized people who did less of it. There was a good deal of “praying for the lost” that, in a political setting, would have been instantly recognized as the most nefandous slander. [2 ]Similarly, there was a good deal of display of what counted for virtues in that setting. I don’t mean to be unkind, but the structure is similar. You build up your group by dissing other groups and you build yourself up within your group by doing more and better than others. 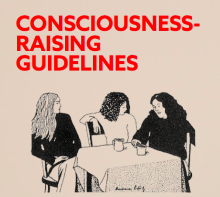 A significant part of my grad school experience at the University of Oregon was spent dealing with “the third consciousness.” That is a political application of the much more general phenomenon of “conscience raising,” of which “being woke” is the current manifestation. In conscious raising you don’t reject specific contrary views or the whole system of “conventional wisdom.” [3] Instead, you “transcend” them, as if by going further, your view builds on the strengths of all previous views but picks up none of the weaknesses. There was a lot of “transcending” of gender roles when I was in grad school. These were called, for the purpose of transcending them, “gender stereotypes.”

What can I say. People are naturally censorious.

The option President Obama held out in his remarks is “making change.” Given that it was Obama speaking—a man whose public life was prominently connected to making change—we know what kinds of things he was talking about. Still, making change involves a) triumphing over your opponents, b) persuading them or c) trading them something they want for something you want. Beneficial change is very seldom achieved and never sustained by simple conquest.

When you give up on simple conquest, the other two options require that you begin by seeing things from the other’s point of view. You can’t persuade them if you don’t do that. You can’t even make mutually beneficial trades with them if you don’t do that. Neither of those requires that you agree with them, but you do have to know where they are coming from. “Calling them out” isn’t going to do that for you.

A lot of the behavior I see called “woke” has no beneficial effect at all in terms that President Obama would call “change.” It does raise your status among the other members of your group who may wish they were as woke as you. It does, also, unfortunately, harden the defense against your position among those whom you will need to persuade or trade with, since you cannot conquer them.

One thing you can be sure of is this. Anyone who is committed to doing the hard work of persuasion and reconciliation and compromise in the service the nation is never going to get called “woke.” And those people are our only hope.

[1] Lord Finkle-McGraw is a Brit, so I left him the s- in “criticise.”
[2] Stephenson uses a lot of words I didn’t know and which, I discovered on looking them up, are perfectly good English. This one was used by Lord Finkle-McGraw
[3] That phrase in one of John Kenneth Galbraith’s signal achievements. It is a shame that many who use it, use it with less care than he did and even he wasn’t as careful as I would have liked. Very often “conventions” develop for good reasons and rejecting them on the ground that many people accept them has always seemed thin to me.