In just a little while, I am honestly going to think about the Apostles Creed.  But I just want to savor first, the juxtaposition of “cred” as in “street cred” and “creed,” a word that could hardly be more different in our use of it.

Both are, obviously, derived from the Latin verb, whose principal forms are Credo, Credere, Credidi, Creditus.  “Cred” as in “street cred” is only a shortening of credibility.  It’s a good thing, too.  Ask yourself how the expression “street credibility” sounds to you.  Just what the apostles cred was, using that same sense of the word, is a really interesting question on which very little scripture bears.  The “creed” in the Apostles Creed is simply derivative from the first word, “Credo,” which means “I believe.” [1]

The other push in the direction of this essay came from my stepdaughter, Kathy Humphries, who have me a heat-sensitive coffee mug.  When it is cool, the entire text of the Bill of Rights appears on it.  When you put a hot liquid into the mug, whole sections disappear.  The question, of course, for anyone interested in the Bill of Rights would be, “Which sections disappear and which are left visible?” [2] 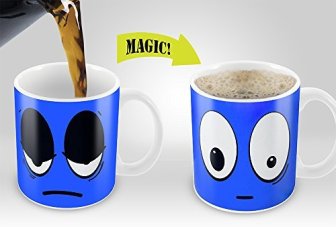 And then yesterday, a little poking around on the internet produced a company that says it will construct a mug to your specifications. [3]  I took that to mean that you give them the text you want on the mug and tell them which ones you want to disappear when the hot liquid is poured in.  I hope that’s what they mean, because I am very likely to use their services if it is.

Before we go on to engage the Apostles Creed seriously, let’s look at two instances of the apostles’s cred.  Only one of them is from a movie.  That’s pretty good for me.  I have separated them by significantly different titles.

How did you do that?

After the disciples were empowered at Pentecost, they picked up the career of Jesus, healing and teaching.  Here is a sample from Acts 3, after Peter and John had cured a lame beggar at the gate of the temple.

Men of Israel, why are you surprised at this? Why are you staring at us as though we had made this man walk by our own power or holiness? 13 It is the God of Abraham, Isaac and Jacob, the God of our ancestors, who has glorified his servant * Jesus…16 and it is the name of Jesus which…has brought back the strength of this man whom you see here and who is well known to you.

There is no problem with cred there.  There were some more realistic looking pictures, but I picked this one because I love the looks on all three faces. (See further down the page.)

How do you know that?

Frank Quinlan and Hughie Driscoll just finished up an extraordinary journey in the company of the Archangel, Michael  They saw the mighty works.  They heard the all but incredible story.  Then Michael “died” and they went back to their own tawdry lives.  Here, they meet in a bar afterwards.

Quinlan: As far as I’m concerned, it never happened.

Driscoll: But we saw it.  We were there.

Driscoll: If it never happened, where’s your raincoat. [They both know Quinlan gave it to Michael, who was wearing it when he disappeared from their view.]

Quinlan: What is this?  If it happened, then you know what?  Then I’ve got to believe that some day [some wonderful and unexpected thing is going to happen to me]….No.  It never happened.

Quinlan’s skepticism is his own particular brand, but Hughie’s claim on their joint experience is exactly what I am talking about.  It is the apostles cred, part two.

So here it is.

1. I believe in God the Father, Almighty, Maker of heaven and earth:

2. And in Jesus Christ, his only begotten Son, our Lord:

3. Who was conceived by the Holy Ghost, born of the Virgin Mary:

4. Suffered under Pontius Pilate; was crucified, dead and buried: He descended into hell:

5. The third day he rose again from the dead:

6. He ascended into heaven, and sits at the right hand of God the Father Almighty:

7. From thence he shall come to judge the quick and the dead:

8. I believe in the Holy Ghost:

9. I believe in the holy catholic church: the communion of saints:

10. The forgiveness of sins:

1l. The resurrection of the body:

12. And the life everlasting. Amen.

The jump from cred to creed is a substantial jump.  The Apostles Creed is a very early formulation of the belief of the early church.  You can divide it up is different ways. [4]  It is trinitarian, for instance.  Beginning at clause 1, at clause 2, and at clause 8 (in red) gives you the three persons of the trinity.  Clauses 9—12 are a an addendum. 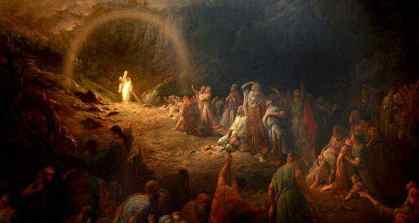 where you really have to choose.  You can understand them or you can believe them, but not both.  I can say I believe that “he descended into hell” but I have no idea what it means.  It doesn’t meant “Hell” the way Dante pictured it.  And because it is a formulation meant to be said, it has to skip over some things, such as, for instance, why he would have done that.  The only similar citation is from Ephesians (4.9) which seems to be based on Ps. 68.  Maybe.[5]

Not to belabor this point, but several teachings of the Apostles Creed can be made credible by defining them in ways that are more in line with our times and much less in line with that of the disciples.  For instance, with reference to the Virgin Mary, we might say that we believe that Mary was a virgin in the sense that Isaiah meant it, without believing that she was a virgin in the sense that Matthew meant it.

The beliefs that require the ancient cosmological referents are another example.  “Heaven” is up as if it were painted on the dome of the sky like the Sistine Chapel.  “Hell” is down as if it were somewhere above or below the tectonic plates.  If those expressions could be given theologically meaningful meanings, rather than cosmologically explicit ones, they could be understood as well as believed.

Or you could divide the clauses into the ones that seem supernatural to you and the ones that you think a good stringent historian would accommodate.  You could argue, for instance, that nearly all of lines 2—7 could be accommodated to a modern, theology-oriented form, except for the verbs “descended, come, ascended,” and “rose.”  Of those, the first three require cosmological structures we no longer have.  The fourth requires a completely new form of life that is not resuscitation and not “virtual” life.

And now for the mug

So, although, the ways of dividing the 12 clauses could be developed further, I think we 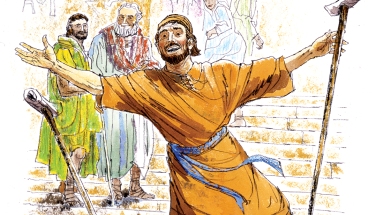 are ready to design a mug.  Start with a mug that has the whole Apostles Creed on it.  You can give this as a gift or as an invitation or as an accusation.  It depends largely on how it is taken.  So the hot liquid goes in and some parts of the Creed disappear.  Which parts?  Just the statement of the trinity?  Just the historically supportable parts?  Just the parts that don’t require a 1st Century cosmology?

All those would work.  But if you were designing one for yourself—which, I have to admit, I have begun to consider—there wouldn’t have to be a single rationale to what was omitted.  You could eliminate Clause 5 or parts of it because you associate them with an obnoxious professor and Clause 7 because you just can’t bring yourself to take “the quick and the dead” seriously.  You have always thought of those as categories of pedestrians in Chicago and nothing will make it sound theological to you.

You can, of course, affirm it all without understanding it all.  And there are ways of understanding the verb “believe” that allow you believe something that you don’t understand.

And if you will allow me to close with a completely irreverent recollection. I have to say I have always loved the recurring joke in the TV show Get Smart.  The agent, Max, was pretty flamboyant so far as truth was concerned and at a certain point, his boss would say, “Max, I just can’t believe that.”  Max would respond, “Well…what would you believe, Chief?  Let’s start there and work back.”

[1]  It is worth speculating what we would be saying if the first word of the Creed in Latin were credimus, “we believe.”  This could be said by any member of the church, whether he, himself, held those beliefs himself.  The verb credunt, “they believe” could have been said by a visiting anthropologist.

[2]  I was so taken with the idea that I bought a mug to give to the chair of the political science division at Portland State.  The idea I pitched, not very seriously, was that he have several ideologically significant versions made and hand them out to students as a final exam in their course on the Constitution.  The instructions would go like this. “ Pour a hot liquid into the mug on your desk.  Notice what parts of the Bill of Rights survive that treatment.  Write an essay on the philosophy represented by the mug on your desk, understanding that the mugs on the desks of your neighbors have different deletions than yours.”

[3]  It looks to me as if contrado.com does that kind of thing I am going to want.

[4]  I learned today, for instance, that it was once thought to be a collective composition, such that each of the twelve phrases was contributed by one of the twelve disciples.  The only documents I have ever seen that were produced like that came from brainstorming sessions in committees and this is not the kind of document such sessions produce.

[5]  Ps. 68, 17:18 seems to be about the conquest of the holy mountain by David so that he could build a city (Jerusalem) and a temple there. “17 The chariots of God are thousand upon thousand; God has come from Sinai to the sanctuary. 18You have climbed the heights, taken captives, you have taken men as tribute, even rebels that Yahweh God might have a dwelling-place.”