Al Franken: Giant of the Senate

I will not be the first to observe that Al Franken—that’s Senator Al Franken to you—is a very funny guy. Bette and I went to hear him here in Portland as part of a Father’s Day extravaganza. [1] Today I would like to reflect a little on the experience.

Franken had me in the palm of his hand from the first word he uttered, which was,

“Jews.” [2] The interviewer’s first question had to do with Franken’s home town, a suburb of Minneapolis called St. Louis Park. He observed that a lot of other famous and accomplished people came from that same little suburb and asked Franken what was special about it. “Jews,” said Franken. Great line; great timing; great delivery. The whole place went nuts. [3]

I do have a concern about Sen. Franken. It’s a small concern, but he has a liability that I also have, so it has been of abiding interest to me. I’m going to spend an unusual amount of time in this essay on what I see as a vulnerability in a public figure whom I admire a great deal.

A Funny Guy will have Word Problems

Here is the vulnerability. I am not comfortable with the interface between the world as Franken sees it and the words he chooses to describe it. The boundary is floppy, it seems to me; loose. [4]

Franken has spent his whole life being funny. He isn’t funny because he has a big nose or prominent eyes—sight gags that some vaudevillians have used—but because when he hears words, he hears how they might be misunderstood. He hears what words can be used for. To get to non-humorous uses of language, he has to reach through that maze of possibilities, to ignore all those wrong turns. He has to focus on what the speaker probably meant and discard how those words might plausibly be construed. He has to focus on what the word actually does mean in addition to what is could mean. That’s what I think of when I see him work an audience. Certainly, it is what I do when I have to work an audience.

I know what it costs me, for example, to walk by the expression “your analysis” pretending that I did not also hear it as “urinalysis.” Or to bypass “gray day eggs,”you know, the really large ones, which were apparently laid on overcast days. Or to ignore the liabilities of the Taipei personality, very common in Taiwan, I understand, but associated with vulnerability to heart attacks.  I went to see a new doctor last week, an ENT and he hadn’t read Lord of the Rings and I had to just stuff all the Ent jokes for nearly an hour.

I did it.  I almost always do.  I almost always reach through that maze of plausible misunderstandings [5] and attend to the meaning the speaker intended. But it costs something. Franken was asked whether it ever hurt to just sit there and not tell a joke he wanted to tell and he admitted it was sometimes excruciating. But even when it isn’t excruciating, it costs something. It is a friction and you pay for it in one coin or another.

Vulnerable to Capture by the Narrative

I think there may also be another effect of this orientation toward words—I know it is true of me and suspect it is also true of Franken—that makes us vulnerable to capture by a more attractive narrative. This is speculation in the case of Franken; confession in the cases of Haidt and me.

Events do not crystalize for us as they occur. We remember them, as everyone does, differently as we think back on them. This is like an internal version of the old “telephone” game. But some people are highly susceptible to the power of narrative. That means that whatever actually happened is subject to being captured by the needs of the narrative. That is, in fact, the problem Haidt wanted to talk about on the page I cited. If you pay attention, you can sense the order of events or the significance of events or the prominence of events shifting around as the narrative needs for them to shift. Foregrounds become backgrounds; insignificant remarks become significant; Event 2 shifts around so that it occurred before Event 1. 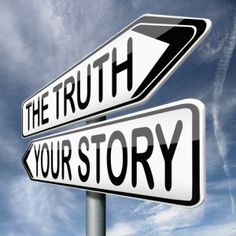 And most of the time it doesn’t matter at all. It makes a better story that way and all the “facts” that really matter are still what they were. No harm, no foul, we say. And that may be true. In that telling.

But this elasticity of words and meanings—the stock in trade of anyone who hears the possibility of humor in ordinary discrepancies—sets up a friction and friction causes heat and heat causes stress and you never know how a sentence is going to respond to stress.

It is in a context like this one that I heard Sen. Franken tell a story yesterday. He wanted to highlight the willingness of America to be hospitable to immigrants. The good end of this story was a Somali girl who moved to Minnesota, served as a page in the U. S. Senate during her junior year and ended her senior year as “class speaker.” I think he meant valedictorian, but I am not really sure. She sounds really wonderful.

But he needed to set this American experience off against someone else and he chose France. He was talking with the French ambassador to the U. S., he said, and he heard the French ambassador say that you can tell is someone is truly French because that person can track his or her family back to a plot of land in France. I’m pretty sure the ambassador didn’t say that [6], so that raises the question of whether Sen. Franken heard it. I’m not saying he did or didn’t; I’m offering this as an exemplar of the dilemma.

In order to have heard (and to continue to remember that he heard) the ambassador say
that “French-ness” is centrally a commitment to the French project (which is French culture) Franken would have had to settle for an unbalanced and unsatisfying comparison. Imagine a cultural inclusion scale that goes from +5 to —5. The Minnesota-Somali girl’s experience is +5 in a big way. Now Franken is telling a story that requires a —5. He talks to the ambassador and gets (this is my guess) a —2 at best. What does a rhetorician of the Franken school do with that?

I think he will do what Jonathan Haidt says he did. For Haidt, that involved changing the time order of events. For Franken, it involves changing the criterion of French-ness as he heard it described . So Franken’s internal editor changes what the ambassador said so that the story he tells is a perfect +5 versus –5. And as I said, I see this process from the inside because I am either doing it or fighting it every day.

And that’s what makes me uncomfortable about Sen. Franken. He and I share a vulnerability that I know a great deal about.

Having said all that, I liked Sen. Franken a lot. He has a tendency to be candid, which is often a fatal liability for a politician. He has succeeded as a politician by overcoming that tendency and learning to “pivot” as they say. Pivoting means using a sentence fragment to recognize that you have been asked a question, then “pivoting” to the message of the day. Franken made fun of himself for being so bad at it; he credited his staff for his getting better at it. His illustrations of it were hauntingly familiar. “Actually that [whatever the questioner asked about] isn’t what the voters of Minnesota care about. What they really care about is [whatever the message of the day is].”

So he does it. He just makes fun of himself for being forced to do it. And, according to Franken, he doesn’t always remember to do it. An interviewer once asked him if he had ever had a joke that was really funny but that he didn’t dare tell. Franken answered the question by telling the joke that he didn’t dare tell while, I am sure, his staff were jumping up and down trying to get his attention to tell him to shut up.

And he cares about some very little things. He is co-sponsor of a bill (or an amendment to a bill—I have seen it in both forms) that would encourage or require school districts to allow foster children to keep attending the same school, if they want to, even as they move from one foster home to another. This is VERY small potatoes in the Congress, but it would make a lot of difference to a few kids and Sen. Franken has put years of work into that project so far.

I couldn’t dislike the man if I tried and I didn’t try. And the book is really good too.

[1] This was a stop on a book tour for Sen. Franken. He was sponsored by Powell’s Bookstore and sold out in less than 24 hours. The book in Al Franken: Giant of the Senate. Franken is not a giant, of course, which is why the title is funny, but Powell’s actually is a giant.
[2] I got out of his hand later, but it wasn’t because I wanted to.
[3] Portland is known to be a very polite place and I more often hear “Jewish persons” here than “Jews.” Franken may have known that. As funny as he is, he is a man who does his homework.
[4] It is a variant of the flaw Jonathan Haidt described on page 52 of The Righteous Mind. “On February 3, 2007, shortly before lunch, I discovered that I am a chronic liar.” There is nothing wrong with Haidt’s delivery either.
[5] Discrepancy between what a word does mean and what it could mean is the very soul of verbal humor, puns especially.
[6] The best-known French view of “French-ness” is that it is a cultural commitment. The French don’t care what you look like, provided that you sound French and live out the central French cultural commitments. That is, of course, the part of the contract that Muslims stumble over. Laïcité, the word the French use for their commitment to having a secular state, is right up there with liberté, égalité,and fraternité.