Welcome to the multiplex

Have I got a deal for you. You buy your ticket to a “theater” showing…oh…half a dozen movies. This ticket will get you into the multiplex theater anytime you want as many times as you want, and when you are there, you can see as many of the movies as you would like. 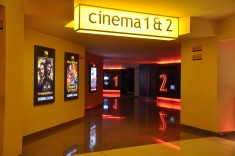 Some years ago, I read a fascinating review of Chariots of Fire by Ted Mahar, who reviewed movies for The Oregonian at the time. “You’re really going to like this movie,” he said, as I recall it. “You’re going to to talk to your friends and they are going to ask you what the movie was about. And at that moment, you are going to begin to struggle. What was it about, really?  You know you liked it, but what was it about?”

The operating principal of the multiplex I described above is that a movie can be “about” any number of things. It doesn’t have to be about what the director says it is about, although the director’s intentions are always worth knowing.  It doesn’t have to be about what the scriptwriter thought it was about.  You just declare the focus of your concern—you might want to give each of these movies a different name—and construct the events so that they introduce, explore, are constrained by, and draw conclusions about, whatever you said the theme was. [1]

I got to thinking of this recently when I saw The Shirley MacLaine extravaganza, The

Last Word. Embedded in the story of Harriet Lawler, a wealthy and talented bully, who lacks only a compassionately written obituary to support her declaration that her life a success, is the inspiring story of Anne Sherman, the girl she picks on to write the obituary.

First, I declare the movie I am interested in to be “that movie about the obituary writer who was about half dead herself.” I watch The Last Word for the purpose of “seeing” this movie—not the other one. For ease of reference, I might think of something to call it. How about Life for the Taking? Does that work?  OK, the movie about the obit writer is now Life for the Taking.

Second, I pick the climax of that story, wherever it occurs and I ask what necessarily preceded it and what does, in fact, follow from it. In the case of my movie, Life for the Taking, the obvious climax is the scene in which Anne Sherman, the obituary writer, hands in her resignation, announcing, “This is not a letter of resignation; this is an obituary.”  How did she get there?  What happens next?

Third, from the pool of available events, I select the events that led Anne to want to do such a thing and to be able to actually accomplish it. This will involve reflecting on her relationship with her father, on getting a really good boyfriend, on her experience of digging through the havoc of Harriet Lawler’s life and in watching Harriet get away with really amazing things.  None of that requires the extensive background they give us to help us watch The Last Word. 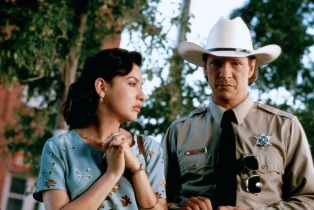 Fourth, I survey the characters who are now “minor characters” in this movie, Life for the Taking. That would include MacLaine, who is the major character in The Last Word. In this new movie, MacLaine is important only as she bears on the odyssey of Anne Sherman.  In what way did each of these characters contribute to the main theme? What depth did they add? What tension? How did each help define this plot?  Here are two of the main characters of one of the movies you can see in Lone Star.

If I go into the multiplex to see movies defined by who is the major character and who the minor characters, I can see—for the same price—as many movies as there are interesting characters. But sometimes, it isn’t the character that catches me.

If I declare a movie to be essentially an allegory, then the work of showing how this part of the movie is intended to point to that part of the story that is not shown. It isn’t character development; it is just point for point illustrations. Or if the director, as in the case of Pleasantville’s Gary Ross, says he intends an allegory, then following it out can be as interesting as if you made the decision yourself.. [2]

One of my favorite all time movies is Lone Star. It isn’t only because there are so many ways to rearrange the plot, but it does, in fact lend itself to that. You can see a very tight Army major drive his career and drive his family because he refuses to reconcile himself with his father who runs the most popular bar for servicemen in town. You can see the border town struggle to stay “American” (Anglo) when 80% of the population is “Mexican”—American citizens who prefer their traditional culture. You can see the sheriff fighting—and eventually winning—to escape the hallowed status of his father, the previous sheriff. You can see, as above, the sheriff and his lady love who do not yet know an awful secret about their relationship.  Buy the ticket and enter the multiplex. See whatever movie you like.

And if you have interests that are…oh…underrepresented in the movies, so much the better. I have an abiding interest in Christian theology, for instance. So I can make a detailed analysis of the kenosis passage in Philippians 2 (“he emptied himself, taking the form of a servant”) out of the Muppets version of The Frog Prince. I’ve already done that. The key line is, “But now I’m Sir Robin the Frog.”  The little frog is Sir Robin; Kermit is the big frog.

John maintains, is beautifully illustrated in The Matrix. When Neo, who is thought to be “the One,” is reunited with his body, which has spent all his previous years immersed in a tub of goo, he wonders, “Why do my eyes hurt?” Morpheus has to tell him, “Because you’ve never used them before.”

Steven Spielberg seems to specialize in these intriguing crossover movies and I’m not the only one to have noticed that. Very likely I am, on the other hand, the only one who regularly uses an account given by an Indian janitor named Gupta in The Terminal, as a superb illustration of what we can and cannot know about the preaching of the early church. Gupta gives the heart of the scene we just have just seen—10 to 15 minutes of carefully drawn action—in 52 words and doesn’t miss a single major theme.

Enough examples. The metaphor I am exploring today is the analytical multiplex. You go to see a movie and have access, within that movie, to all the other movies you can see just by changing foreground and background and redesigning the important lines of cause and effect.

If you are going to try it, try it with The Last Word.  It is so easy to do there.
[1] It works just as well for children’s books, by the way. I have told Russell Hoban’s wonderful Frances the Badger stories at the rate of about half a dozen “themes” per story. Ask me what Best Friends for Frances is about.
[2] Ross says he intends Pleasantville to be the Garden of Eden. Interestingly, there is no God in the Garden of Eden. It seems like an odd omission.