This is “When I lie to myself, I don’t believe me, Part 2”  It is the second of a series of three essays which, I maintain, are about the same issue. Maybe they are and maybe they aren’t, but the series is based on the idea that they are. That’s my story and I’m stickin’ to it. 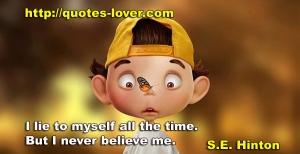 Here is the question. How is it possible for me to prevent myself from knowing something. In such a case, who is it who prevents? Who is prevented? How does it work?

In our first look at this question, we examined Queen Susan of Narnia at one of the least respectable moments of her reign. In C. S. Lewis’s Prince Caspian, Susan opposes her sister Lucy’s story that Lucy has seen Aslan, but later she says:

And I really believed it was him tonight, when you woke us up. I mean, deep down inside. Or I could have, if I’d let myself. But I just wanted to get out of the woods…”

You see the problem. Who is doing what to whom, and how?

The second case is harder for a number of reasons, so I am going to dip briefly into the toolkit I assembled over fifty years of teaching. I am going to change the crucial quote from The Great Divorce so that the categories parallel Queen Susan’s confession more closely.

I really believed in God during those crucial years, I mean deep down inside. Or I could have if I had resisted the half-conscious solicitation from my desires, had I continued to pray for guidance. But I just wanted the success and approval that came being a daring renegade priest.

The person who, in my paraphrase, said these things in one of the characters in C. S. Lewis’s fantasy, The Great Divorce. He is one of seven major characters in the book and since they don’t have names, I will refer to him as “the Episcopal Ghost”—or EG when I get tired of typing the whole title.

In Lewis’s story, there is a bus that leaves Hell every day and goes to Heaven. Anyone may 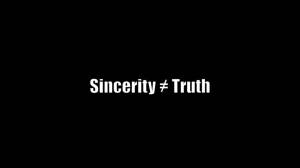 get on the bus in Hell and anyone who wants to may stay in Heaven. But none do. EG walks away from his friend, Dick, humming softly to himself, ‘City of God, how broad and fair.’

All the major characters are met at the bus by an angel, a person who had known them in life. The angel who meets them is a Spirit (not a Ghost) and, being in Heaven, knows the truth about everything, Heaven being the place where Reality is recognized. The body of the Spirit is real substance, as is Heaven. The body of the Ghost is insubstantial, as is Hell. That means, among other things, that when the insubstantial foot of EG steps on the substantial grass of Heaven, the grass pierces the foot. If the Ghost is going to go anywhere, he will need help.

In this particular case, we have a clergyman who has become a heretic and who simply cannot be reached any longer. [1] The Spirit, whose name is Dick, tries every way he can think of and the Ghost simply cannot be reached. But it is the Ghost’s justification of himself that has won him a place in my blog. The question for him, too, is “Who is doing what to whom?” 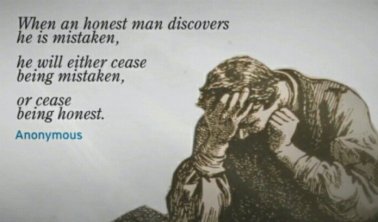 work well in Heaven) comes in two parts. It is from these two parts that I crafted his “statement” above. In the first, you will note that the speaker is not the Ghost himself, but his friend Dick. We both did the wrong thing, says Dick, who now, in Heaven, knows that to be true.

Having allowed oneself to drift, unresisting, un-praying, accepting every half-conscious solicitation from our desires, we reached a point where we no longer believed the Faith.
And what resulted from this drifting?  …What was at all likely to come of it except what actually came—popularity, sales for your books, invitations, and finally a bishopric?’

Now let’s put the two statements we are examining—Queen Susan’s and the Episcopal Ghost’s—back into their common format.

Queen Susan says she “just wanted to get out of the woods;” the Episcopal Ghost says—through Dick, the Anger—that he accepted the lure of his desires and later we find out what those desires were. They were popularity, book sales, prestigious invitations, and a high church office. Those are the things each wanted so much that they were willing to defy some other part of themselves, a better part, to get it.

Susan says she could have let herself believe that Aslan was truly there, but she did not The Ghost says—Dick says for him—that he wanted success so much that he stopped praying, he stopped resisting, and he chose his own desires instead, desires he was only partially aware of.

In those two ways, I am saying, their cases are the same. On behalf of X, a strongly felt desire, each of them suppressed any awareness of Y, when each would have admitted that Y was the right thing to do.

By this means, the Ghost had allowed himself to drift to a place where “sincere” and 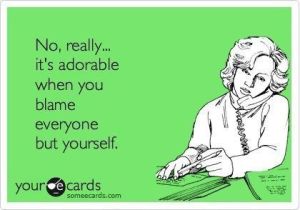 “worshipful” could not be said of the same views. Once he was there, he could be as sincere as he likes. When his doubts are blocked off, “sincere” is only an assessment of the motives he is willing to recognize. There is no good resolution once this has occurred.

That’s really the end of my argument. You will be convinced or not or, just as likely, wonder why I have spent so much time “knocking on an open door,” as one of my Oregon professors used to say. But I did come across one more similarity between the two characters; one I did not expect.

I have been making the point that Susan began to see on her own as she followed Lucy, who saw Aslan. This was an act of faithfulness on Susan’s part, even though it had nothing to do with Aslan. During that trip, during those step by step acts of fidelity, she herself came to see Aslan.

Dick, when he sees that nothing he is going to say is going to move his friend the Ghost, takes another tack.

‘Will you come with me to the mountains? It will hurt at first, until your feet are hardened. Reality is harsh to the feet of shadows. But will you come?’

This is the “real grass” versus the “insubstantial feet” problem I referred to earlier.  The Ghost, according to this offer, does not have to believe anything at all, just as Susan did not have to believe that Aslan was really there. All the Ghost has to do—much more painful physically, but much less painful spiritually—is to walk, holding his friend’s arm—toward the mountains. [4] Like Susan, the Ghost will not really have to believe anything; only to walk and keep on walking. Eventually, he will begin to see where he is and what that means.

In the next (and last) of this series, I will consider the case of political psychologist, Jonathan Haidt, who calls himself “a chronic liar,” for reasons we will explore. 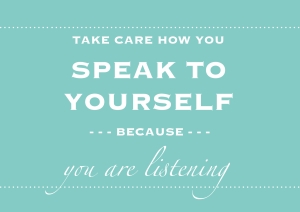 [1] I found myself originally sympathetic to this Ghost, but eventually the persistence of the Spirit and the utterly impenetrable denial of every kind of truth and every kind of fact wore me out. I was relieved when he got back on the bus to Hell.
[2] I grant that this is more likely to be implied as a premise and to be illustrated by speakers who have had the experience themselves. They will call “leaving their faith behind” something much more attractive, I am sure. “Fearless modernity,” possibly or “Unmasking the myths of religion.”
[3] A very plausible list of such refutations is launched against Dick during their conversation in Heaven, but Dick, who confessed his faith in life, now Knows the Truth—in Heaven—so he is not wounded by his friend’s barbs.
[4] “Going to the mountains” is the higher worship of the Spirits. It is what they are supposed to be doing. Dick came back to the bus stop to meet his friend and with him or without him, he will return to his trip to the mountains.