My version of the truth is that I came to “causal attribution” as a tool for doctoral study for perfectly good academic reasons. [1] Bette thinks I turned to that kind of research because I was a natural worrier anyway. What I would have liked to say to her in response is that she has not adequately distinguished “rumination from reflective processing,” as in “she is accusing me of the former when actually, I am utilizing the latter.”

I have not said that to her because it is a phrasing I just discovered yesterday. In 2005 [2] 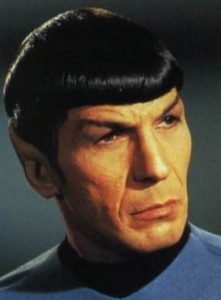 the journal Psychological Science published an article with a very catchy title. It is, “When Asking ‘Why’ Does Not Hurt” In fact, causal attribution is the study of asking why—usually we ask it of other people, but it is remarkably revealing to ask it of oneself.

The subtitle of this article is “Distinguishing Rumination from Reflective Processing on Negative Emotions.” I am eager to confront Bette with this article. I am pausing only to give myself a chance to read it first, just in case it doesn’t support the conclusions I am already committed to. I am a fan of science, of course, but satisfactory outcomes have their place as well.  This is not a problem Vulcans worry about much.

OK. I’ve read it now. There are two distinctions that will make it possible to look at these options the way Walter Mischel and his colleagues look at it.[3] It turns out that I will be able to deal only with the first one today. The second one distinguishes asking “what questions” about a past event from asking “why questions.” Maybe I can get to that soon. 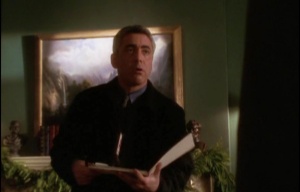 In the first dichotomy, we need to distinguish “self-immersed” from “self-distanced.” The orientation they call “self-immersed” is part of “the hot system.” It is concrete, it causes a first-person reliving of the event, and it intensified the bad feelings you are having at the time. The other orientation, “self-distanced” is part of “the cool system.” It is abstract, rather than concrete; it supports a “third person” or “bystander” way of remembering of the event; it reduces the bad feelings that come from recalling it.

Since we seem to live in groups, it is always important to look at how my way of doing something looks to you and particularly what vocabulary is available to each of us to describe it. If you reflect on negative experiences in a “self-immersed” first person style, you will be all prepared to misunderstand people who use the other style.

If you use the style of remembering that goes with the hot system, you look at me handling my remembering in the cool system and you say, “That’s not remembering. That’s denying.” You mean, by saying that, that I am avoiding emotional contact with that memory. With the rise to prominence of psychological jargon, you would be able to say just that I am “avoiding.”

Or you might say that I am “intellectualizing.” For the direct wrestling with vivid images of the event, you say, I have substituted abstract names that fall into even more abstract categories. I am keeping the event at a distance by dealing with what actually was a very emotional event, as if it were merely a difference of opinion among friends.

As I consider the charges—you call them observations, but they feel like charges to me—I have to admit that you might be right. The real question is whether I am getting the job done or not. I want to deal with those awful past events in a way that reduces or eliminates the physical symptoms I once had when I remembered them and also in a way the reduces or eliminates the mental and emotional stress I once had. If what I am doing actually accomplishes that, then I should reject the charges.

On the other hand, you might be right. What if I am overusing the “cool system,” turning it into a “cold system?” If I am simply distracting myself from remembering those events by some other strategy—drug addiction, alcohol addiction, hypersexuality, workoholism—then the events are still “there” and I still have not learned to live with them. If I am avoiding those memories, I am not processing them and they are still there. If I am “over-intellectualizing” them, then I am not dealing with them and they are still there. 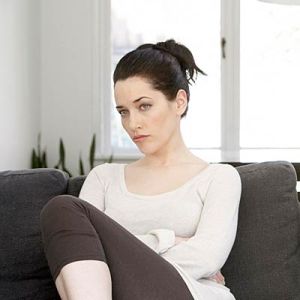 So when you import the bad words you have available, I need to pay attention to them. You may have come to them by a flawed method. You may have picked up the pejorative words simply because what I am doing is different from what has worked for you and you don’t understand. Regardless of how you came to your judgment, I need to consider it. And the heart of the consideration is this: is what I am doing, working?

Let’s think about “working,” for just a moment. I learned about this from Josh Lyman and Stanley Keyworth. The episode appears early in Season 2: it is called “Noël.” At the end of Season 1 of The West Wing, Josh Lyman, assistant to the Chief of Staff of the President of the United States, is shot. He tries to go back to work when his body has recovered sufficiently, but it turns out that his mind has not recovered sufficiently.

Early in the second season, Stanley Keyworth (Adam Arkin) is called in to help Josh get through those events and this is the distinction he makes. It is the first time I ever heard it.

Keyworth: What we need to be able to get you to do is to remember the shooting without reliving it. And you have been reliving it.

Working a dark and difficult memory successfully brings us out on the “remembering” side; not the “reliving” side. And what I need to do is to listen respectfully to the words you use to characterize my way of working with these memories and match them against the results. If I’m not getting the results, maybe the reason is, just as you said, that I am avoiding the memories or “intellectualizing: them. But if I have been successful in reducing their effect on me, in largely avoiding the tax they levy on my energy and my ability to focus, then I need to say, again respectfully, “I know the cool system I am using looks odd to you, but really I am not avoiding or intellectualizing. I am doing what works best for me. 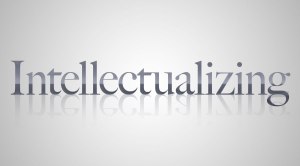 I like it that there are words that point to misuse of the hot or cold system or overuse. They need to be used by people who know what system you are using and what actually works for you. “Works” means that you are actually engaging the emotions, not denying them or hiding from them. And “works” means that you are able to come into contact with the experience that carries these emotions without reactivating their toxic effects.

The authors that this analysis is based on are, for all these reasons, big fans of the cool system. You can read the experiments yourself if you like and see if they are persuasive. For me, what matters most is that a system that is working is respected even by people who have found relief in another system and that we apply pejorative words only to practices that don’t actually work.

[1] I needed a tool by which individuals (especially the students I hoped to work with) could explore their own “life-worlds” by means of a system of notation that could be found in the phenomenological tradition. A study of “causal attribution” using “causal attribution journals” turned out to be just right.
[2] Apparently this particular point has mattered a lot to me lately. I keep referring to John Gray’s Mars and Venus distinctions because he takes the trouble to talk about what men’s processing looks like to women and vice versa. It turns out that each has a supply of good affirming words for their own way of interacting and a supply of bad pejorative words for the other style. I applied that same distinction recently at it bears on aggregating interests and making a group choice. I invented followers of Thomas Hobbes (Hobbesians) and of Jean-Jacques Rousseau (Rousseaueans) and found that each has a supply of good words for their own way of adding up preferences and a supply of bad words for “the other style.” Martin and Doka, in their book on gender and grief (Men Don’t Cry…Women Do) show the same division between those, like me, who grieve in “the instrumental style” and those who grieve in the intuitive style.
[3] Ethan Kross, Ozlem Ayduk, and Walter Mischel, “When Asking ‘Why’ Does Not Hurt: Distinguishing Rumination from Reflective Processing of Negative Emotions. Psychological Science, Vol 16, Num. 9, (2005), pp. 709—715