They Could At Least Have Warned Us

I do like democracy. I don’t like how very limited our democracy has become. I would like for us to be better. I’m a fan, a booster; but I think our team has lost a lot over the last few seasons—since, to pick a date, 1948.

the menu, but have almost no control of what is on the menu or of how any particular menu item will be prepared. That’s really not good enough. We really need for the people running the restaurant to put the right things on the menu. In many cases, “the right things” are the things people want to eat. Sometimes, though, they are the things the people really need to eat.

Here are several views of what I am calling, in this metaphor, “restaurant management.”

Here’s how Edmund Burke and I feel about the restaurant management. Burke said it best:

“Your representative owes you, not his industry only, but his judgment; and he betrays instead of serving you if he sacrifices it to your opinion.”

This expresses my point that sometimes the managers need to exercise their knowledge and their judgment and put “the right things” on the menu.

In the next quote, Herman Göring makes the point that you can get the people to order whatever you want them to order if you know the tricks.

Gilbert: In a democracy, the people have some say in the matter through their elected representatives, and in the United States only Congress can declare wars.

Göring: Oh, that is all well and good, but, voice or no voice, the people can always be brought to the bidding of the leaders. That is easy. All you have to do is tell them they are being attacked and denounce the pacifists for lack of patriotism and exposing the country to danger. It works the same way in any country. [1]

I like to look at this dilemma in the restaurant setting because it is so small in scale and so unthreatening. It’s going to get a good deal more threatening in just a moment, but let me stay at the restaurant for just a bit more. If you were serving your customers french fries and a substantial group of the regulars wanted tater tots, you would just smile and shift over to tater tots. Same thing if they wanted sweet potato fries rather than regular potato fries. 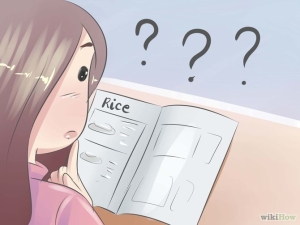 But what would happen if you tripled the price of everything on the menu? That extra money would enable you to add something to the food so that their great grandchildren would be protected from a plague that might or might not strike the area in 2069? I’m going to guess that there would be an uprising and in short order, the cook would be instructed to put the old menu and the old prices back in place. So far, so good.
In 2069, a devastating plague hits the town and the great grandchildren of those early diners drop dead almost immediately. An inquiry is held and the people who were running the restaurant at the time of the aborted attempt to “strengthen the menu” are tried and convicted as mass murderers.

I am, as I said, a fan of democracy. I like to order from the menu as much as the next guy. I am also a fan of far-sighted leadership, when it is necessary.

We can have it either of two ways. We can demand that the state provide for us only the services we want, rather than the ones we need and particularly rather than the ones our great grandchildren will need. On the other side of that coin, we can refuse the judgments of our leaders that some services we need but don’t want or, more likely, don’t want to pay for, should be put in place.

I’m OK with that. We demand control and we accept responsibility.

The other way is for us to take the counsel of our leaders and do the things that have to be done. Then when the distant danger has been prepared for and many lives are saved when it actually occurs, then we praise the leaders for their vision and their willingness to oppose our short term preferences.

But today, I’m thinking of a school superintendent on the Oregon coast.
The last person I met with in the Pacific Northwest was Doug Dougherty, the superintendent of schools for Seaside, which lies almost entirely within the tsunami-inundation zone. Of the four schools that Dougherty oversees, with a total student population of sixteen hundred, one is relatively safe. The others sit five to fifteen feet above sea level. When the tsunami comes, they will be as much as forty-five feet below it.

In 2009, Dougherty told me, he found some land for sale outside the inundation zone, and proposed building a new K-12 campus there. Four years later, to foot the hundred-and-twenty-eight-million-dollar bill, the district put up a bond measure. The tax increase for residents amounted to two dollars and sixteen cents per thousand dollars of property value. The measure failed by sixty-two per cent. Dougherty tried seeking help from Oregon’s congressional delegation but came up empty. The state makes money available for seismic upgrades, but buildings within the inundation zone cannot apply. At present, all Dougherty can do is make sure that his students know how to evacuate. [2]

When we have, in the Pacific Northwest, the enormous earthquake and tsunami that are

overdue, we will lose a lot of lives. That’s inevitable. If we prepare for that event, we will lose many fewer lives. Saving all those lives is what we call a “public policy outcome.” It’s an outcome that benefits many of us and that is achieved by the establishment and the funding of a new policy—a policy that, in this case, prepares for an increasingly likely natural disaster.

Here are some quick estimates from the current New Yorker.

In the Pacific Northwest, everything west of Interstate 5 covers some hundred and forty thousand square miles, including Seattle, Tacoma, Portland, Eugene, Salem (the capital city of Oregon), Olympia (the capital of Washington), and some seven million people. When the next full-margin rupture happens, that region will suffer the worst natural disaster in the history of North America.

Just a personal note. Bette and I live about half a mile west of I-5.  Also:

FEMA projects that nearly thirteen thousand people will die in the Cascadia earthquake and tsunami. Another twenty-seven thousand will be injured, and the agency expects that it will need to provide shelter for a million displaced people, and food and water for another two and a half million.

Facing losses of that magnitude, Oregonians are going to be really angry. My interest, as a political psychologist, is what people will do with their anger. Our political leaders are supposed to prepare us for things like this. We know they did not do their job because we were, after all, not prepared. Why should they escape the penalty for their failure? They ran the state during all those years as if preparation were unimportant and now we know that it was crucially important and someone has to get the blame. 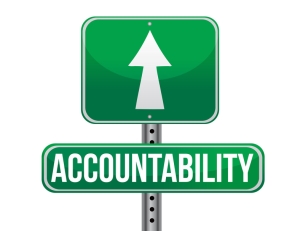 It won’t be us, I’m guessing. There was never an election that gave us the chance to choose between “Prepare for the Inevitable” candidates and “What, Me Worry?” candidates. Those are also the high tax and low tax candidates, just so we are keeping the policy proposals lined up with the fiscal implications. Had there been an election like that, we in Oregon would have overwhelmingly chosen the “What, Me Worry” candidates and used in our own private ways the money that would otherwise have been required for public programs. Of course, the parties know that, which is why they never ran for office under those two designations.

[1] Gustave Gilbert, a German-speaking intelligence officer and psychologist. This interview was conducted in Goering’s cell in 1946.