Men learn from Hobbes and Women from Rousseau

OK, so it’s never going to replace Mars and Venus. Also, it’s not precisely true. But it is mostly true—more often than not—and it has the same principal virtue that John Gray’s Mars/Venus books have. It teaches that there are two complete orders of reality and that standing in one and judging the other is an exercise in futility.

context of the life-world of each. Gray teaches—over-teaches, really—that men make certain presuppositions about what women are like. They use “what men are like” thinking that they are using “what everyone is like” as the template. Men think, in other words, that they are using a gender neutral standard. When women act differently, the men think they cheated somehow. Then men read the Mars and Venus books and learn several important things.

Brief Digression: When I said that Gray “over-teaches,” I meant that his system works because he lumps all women into the same model and all men into the other model. His approach is not friendly to individual differences. It is also not friendly to men and women who, for whatever reason, have adopted the way of thinking more typical of the other. So I’m not arguing for the validity of Gray’s typing. What I am saying is that he teaches more successfully than anyone I have run across that there are two ways, and identifying the way you yourself do things as “the normal way” is only a self-inflicted wound.

End of Digression (told you it was brief): I want to use the same essential gimmick Gray uses, but I want to use it about something else. I want to talk about interest aggregation. 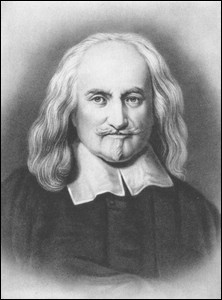 So the first thing to do is the grossly oversimplify the teachings of Thomas Hobbes
(1588—1679) and Jean-Jacques Rousseau (1712—1788). Rousseau taught (and his followers, the Rousseaueans believe) that there is a general will. If I were writing about societies as a whole, I would probably capitalize, e.g., General Will, but I’m going to be talking about deciding what movie to see, so I don’t think I will capitalize this use. When we express our “interest”—when we “vote,” for instance—what we are doing is expressing our best guess about what the general will is. We are saying, “This is what I think will be best for us.” You can see that Hobbes, at the left, looks bemused.

Hobbes had no idea a any transcendent “general will” at all. On our menu are: a) the war of each against all and b) domination by a large and competent central government (Leviathan). Hobbes (and his followers, the Hobbesians) taught that humans arrange things as best they can. We do know, after all, what we want. We strive to achieve what we want even at the cost of what you want. Most times, it doesn’t work out well and in the long run, it never works out well. Life without Leviathan is “solitary, poor, nasty, brutish, and short.”

Enough political philosophy. A group of men and women are trying to decide what movie to see. The men prefer violent action movies so they vote for violent action movies. The women prefer social comedies, but the women, following Rousseau, don’t vote their preferences. They vote for the kind movie that they believe will be best for the group as a whole. Possibly a historical drama, accurately and colorfully told, of which there are several. 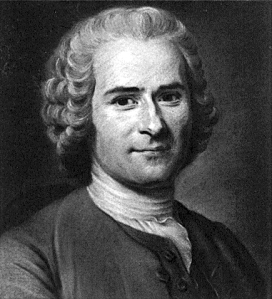 believe that the group’s welfare will be best served by seeing the violent action movie. Who would have thought it? Why would they believe that such a movie would be best for all? The women, seeing that they must have guessed wrongly about the general will, express their preference for the violent action movie. So it’s unanimous. Or at least it looks unanimous to the guys.  Here is Rousseau, thinking of the General Will or possibly about Happy Hour.

This same decision process operates week after week. Finally one of the women owns up to not really enjoying the violent action movies. The other women chime in; they don’t either. The men are surprised. Really? You keep choosing these movies, and now we learn that you don’t like them. What’s going on?

“Surprised” is the happiest phase of this process for quite a while, so let’s linger. Here’s what the guys know. They are incredibly lucky to be in the company of women who like violent action movies, one after another. Now, after many such movies, they learn that the women actually don’t like that kind of movie although “they said they did.” (We know that is not what they said. We know that they expressed their guess about what would be best for all.) Now the men are wondering, “If you can’t find out what they want by asking them, how can you find out?”

Now let’s go beyond the “surprise” phase. Let’s say that the women blame the men for choosing only the films they like and never choosing the films the women like. The men don’t like to be blamed for something everyone agreed they all should do. The women discover at that point that the men are not “voting” for their sense of the general will, they are only voting their own preferences. Who could be as selfish as that? Really.

The women, it turns out, are devious. They say they want to see Mad Max III: The 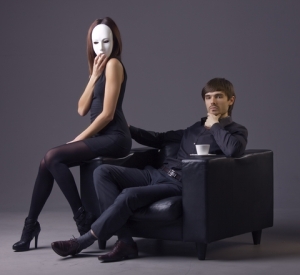 Revenge, but they didn’t. The problem of aggregating the interests of the group and making a choice that fits those interests pretty well is a knotty problem. It can be managed—the guys have been managing it this way for years—but it requires a base level of honesty by the participants. What is this thing about I said I wanted this, but all along, I really wanted that. What is all that about?

The men are exasperated. Their lament has been immortalized by Henry Higgins in the line, “Why can’t a woman be more like a man?”

The next time the question of movies comes up, it will be dealt with by some wounded and wary men and women. The men will ask for nominations, knowing that they can’t trust the women to tell the truth. The women will know that when the men nominate a movie, they have only their own interest in mind. They don’t care about the preferences of the women. They don’t care about the long-term viability of the group.

Things get worse and worse. The men are punished for “being honest about their preferences.” The women are castigated for being dishonest in the information collection phase and then vindictive in the assessment phase. The Hobbesians know that the Rousseaueans can’t be trusted. The Rousseauseans know the Hobbesians are heartless bastards.

There is, of course, a solution. The men need to understand that the women are not expressing their preferences, although they seem to be. Just understanding that is a major achievement. Beyond that, they will need either to try to imagine what a “general will” could possibly be or they will need to get the women to express their own “selfish choices” as if that were something to be proud of. 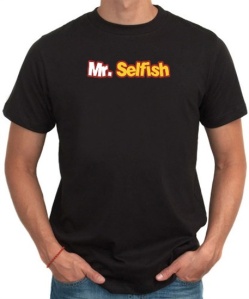 than their own. The men believe—where to they get these ideas?—that if everyone expresses a selfish choice, the group will be better able to take all the choices into account and make a good decision. Just understanding that much is a major achievement. Beyond that, the women will have to imagine a way of piling up selfish choices in such a way that the group is benefitted or they will need to get the men to take the welfare of all into account as they make their choices. [1]

This brings us back to the wisdom that John Gray popularized. There really are two distinct ways of addressing the world. Each one makes sense when everyone is using it. But if you know there are two—and there are, in fact, more than two and they aren’t all based on gender—then you can allow for the possibility that arriving at the common good might be harder than you thought.

But if you know this much, you have a chance.

[1] It’s harder than it looks. The men believe that “the general will” cannot be known directly. That’s why you start with honest preferences and bargain your way toward optimal choices. The women believe that it’s a moral matter, a the very foundation. You don’t just say what you want; you take into account the needs and wishes of others before you open your mouth.