No one knows what God first had in mind for our species. Genesis gives us one picture of it.  One.  This is it.

In the next scene, Eve makes a disastrously bad choice and gets her husband to make that same bad choice.[1]  What we know about God’s plans for us—everything before Plan B—comes from the time before that scene. 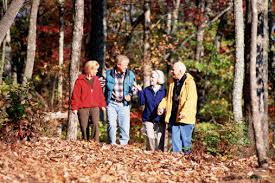 It appears that God liked to stroll in the garden in the cool of the day. That would be morning or evening around the 30th parallel, which is where Eden was.[2]  Let’s say it was evening.  God expected to find Adam and woman (not yet named) but they were nowhere to be found.  That wasn’t the usual practice, apparently.  It appears that when the day got “walking around cool,” God showed up expecting companionship.  That is what we know about Plan A.

I, myself, am a child of Plan B. [3] Plan B has been celebrated all my life in every church  and every synagogue I have ever attended.  Plan B can be variously characterized, of course, but I am going to choose the covenant with Moses in the wilderness: “You will be my people and I will be your God.”

I’ll just choose my own church as an example. Plan B is celebrated as “God’s Plan.”  Paul, the apostle, says that God had Plan B in mind when He developed Plan A.  There are no Plan A churches so there is no one  who is inclined to say that Plan A was better.  Except me, of course, and even for me, that requires a whimsical attitude.

There is no “covenant” in Eden. There is just the practice of regular fellowship.  Adam and the woman who will eventually be called “Eve,” saw no need for propriety in God’s presence.  “Being proper,” symbolized in this story by the invention of clothing, wasn’t thought to be necessary.  It wasn’t rejected.  It just wasn’t considered.

We might imagine the difference between family and company, or “worn and comfortable old friends,” and “crisp and brittle new acquaintances.” The friend walks in the back door just after dinner and we say, “Thank goodness it’s just you.  I haven’t even had a chance to put the dinner dishes in the sink.”  Or you say, “Thank goodness it’s just you.  I was dreading doing the dinner dishes by myself.”  You get the idea.

In Plan A, we (humankind) have the “old friend” relationship with God. We didn’t need company manners (clothing, in this story, a way to distance ourselves or to claim a status); we just walked together in the garden.

Plan B, the formal covenant between God and Israel, couldn’t have happened in the comfortable unbroken fellowship of Eden. God and His human creation were simply not far apart enough to “make an agreement.”

What would that look like? Among the authors I know of, only C. S. Lewis has tried to picture it.[4]  In this scene from Lewis’s Perelandra, Ransom is from our world and is sent by the divine being—who is, in fact, the God whom we know in Jesus Christ, but who is 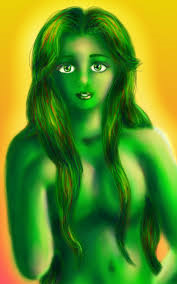 called in this language, Maleldil—to Perelandra to prevent what we call “The Fall.”  He was to prevent to corruption of the two beings who will become the parents of all living humans on that planet.

Here is Ransom’s first look at “the woman”—the woman who will become the Eve of Perelandra if Evil can be defeated.

So there’s a lot going on in her head. Something requires “an alert inner silence.”  Here is an example of what is going on.

‘That is what I have come to speak to you about,’ [Ransom] said. ‘Maleldil has sent me to your world for some purpose. Do you know what it is?’

She stood for a moment almost like one listening and then answered ‘No.’

She was listening to find out whether she knew about this purpose. She did not have a fund of her own knowledge yet.  She does not ransack her memory to discover what she knows.  She attends, through that always-active connection to Maleldil and that is how she “knows.”

Here is one more.

‘I have been so young till this moment that all my life now seems to have been a kind of sleep. I have thought that I was being carried, and behold, I was walking.’

Ransom asked what she meant.

“What you have made me see,’ answered the Lady, ‘is as plain as the sky, but I never saw it before. Yet it has happened every day. One goes into the forest to pick food and already the thought of one fruit rather than another has grown up in one’s mind. Then, it may be, one finds a different fruit and not the fruit one thought of. One joy was expected and another is given. But this I had never noticed before — that at the very moment of the finding there is in the mind a kind of thrusting back, or a setting aside. The picture of the fruit you have not found is still, for a moment, before you. And if you wished — if it were possible to wish — you could keep it there. You could send your soul after the good you had expected, instead of turning it to the good you had got. You could refuse the real good; you could make the real fruit taste insipid by thinking of the other.’

A whole new idea occurs to the Lady. It is possible, she now sees, to lust after—“to send your soul after”—the good on which you had set your mind, rather than accepting the outcome that actually occurred.  She calls it “the good you had got” (rather than the one you had expected), but we would call it bad, not good, on the grounds that it is not what we had our hearts set upon.

This is Lewis’s notion of what mental and emotional and volitional activity was like in Paradise. To tell you the truth, it sounds pretty good to me.  It isn’t the kind of “good” we know anything about.  The Lady—Perelandra’s equivalent to Eve—uses the language of Maleldil making her “older.”  We would have said “wiser.”  She says that Maleldil has “put these things into my head.”  She also says that Ransom[5] has also made her “older” by helping her realize new things.  On her world, she is a queen; she is “the” queen.  But we are not quite comfortable with her.

In these pictures, we find that our notions of personhood are violated. A mind that open to the teachings of Maleldil is not really “her mind,” we would say.  It contains not the least trace of what we would call “a healthy skepticism.”  Our notions of free will are violated.  In accepting and rejoicing in Maleldil’s plan for her, she is not “choosing” in the way we value choice. 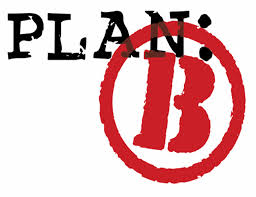 But then again, our notions are all Plan B notions and they are taught and supported by Plan B organizations. It would seem odd, given all that, if the kind of intimacy humans had with God before they sinned felt “normal” to us.  It might be attractive.   Later, when the Lord and the Lady, Tor and Tinidril, come into their full powers, it is much more attractive.  But even so, it is not normal (for us) and it doesn’t feel normal (to us.)

But the Plan B fans and the Plan C fans are alike in skipping over Plan A, which seems to me to deserve a good deal more attention than we have given it.

[1] Although, really, you have to wonder what their life would have been like had he refused.  We talk sometimes about “mixed marriages,” as, for instance, where one of a married couple is a Mac user and the other a PC user, but to have one partner ejected from the Garden of Eden would put a real burden of choice on the other partner.

[2] You can do the map work yourself if you like.  Get a good map of the Middle East and read Genesis 2:10—14.  Write if you have any questions.

[3] Eventually, I am going to have to admit that I know, just as you do, that “Plan B” is also the name of an anti-conception pill.  It is the famous “morning after” pill.  Presumably, Plan A had been to avoid sex the previous night and the plan had not been successfully implemented.  I am not “a child of Plan B” in that sense.

[4] Except for Gary Ross, who wrote and directed the movie, Pleasantville. He sees Pleasantville as “Eden” as a static, emotionally flat, overly scripted sort of existence and he describes it that way in order to demean it.  That’s what he says, at least, on the commentary track.  He does neglect to have God in Eden, however, which seems to me a major oversight.

[5] The man whose name here was Elwin Ransom is called Piebald  by the Lady because on the trip from Thulcandra (Earth) to Perelandra (Venus), he got sunburned on one side only.