Here is the way the State of California is going at the question: Section 67386 is added to the Education Code, to read:

(a) In order to receive state funds for student financial assistance, the governing board of each community college district, the Trustees of the California State University, the Regents of the University of California, and the governing boards of independent postsecondary institutions shall adopt a policy concerning sexual assault, domestic violence, dating violence, and stalking, as defined in the federal Higher Education Act of 1965 (20 U.S.C. Sec. 1092(f)) involving a student, both on and off campus. The policy shall include all of the following:

There’s more.  I just started at the top and excerpted what I needed to illustrate the difficulty.  You can see the whole bill here.  And the New York Times op-ed piece about it can be seen here.

This is a bottom-feeding kind of policy concern.  It takes the standpoint of the receiver of a sexual initiative (ordinarily the woman in a heterosexual relationship) as the lens through which actions will be viewed.  Men are not required to propose any activity at all, of course.  Women must “agree” to whatever proposition is made or, alternatively, “consent” to the proposition.

I don’t want to demean Senate Bill 967 by calling it a bottom feeder any more than I would demean a sea cucumber by calling it a bottom feeder.  Senate Bill 967 is all about preventing bad things from happening to women.  I’m all for that.  Just how bad this problem is can be guessed at, even if we didn’t have the horror stories, by the words affirmative, conscious, and voluntary.

“Affirmative” means silence isn’t consent.  “Conscious” probably means something like “intentional” or “deliberate,” but there are a lot of stories of drugs at parties and unconscious women being raped and it may be that the word “conscious” is a backhanded way of recognizing that.  “Voluntary” means that the woman could realistically have said No without fear of retribution.

A range of concerns like that indicates a serious problem.  Legislation aimed at “preventing the worst from happening” is often presented as legislation that will do only one thing.  We know that no public action does “only one thing.”

The way the California Senate has chosen is to require the institutions in the higher education system to adopt a policy or they don’t get any more state funding.  I’m OK with that.  Threatening to withhold funding has worked in the past.  But when you start to define what that policy should be, you run into trouble right away.

In this essay, I want to consider three kinds of trouble.  The first is the trouble that occurs in a large anonymous society when the government tries to intervene in a transaction between willing partners.  Trying to prevent willing buyers from buying alcoholic drinks from willing sellers was a daunting task.  That’s why people raise their eyebrows and say, “Yeah. Prohibition.  Don’t want to go there.”  Preventing intimate sexual activity between two people who are sure they want to engage in it is going to be a lot tougher.

The second is that the presuppositions of the legislation establish the someone, men most likely, want to do something that women, in the instance I am pursuing, might not want them to do.[1]  They are writing rules for a relationship of conflict and opposition.  You see language like this all the time in contract disputes.  People say, “You signed the contract.  You are obligated.”  Other people say, “You misrepresented the terms of the contract” or they say, “You say the contract covers this situation and I say it doesn’t.  See you in court.”

This is common language.  It presupposes economic or jurisdictional conflict.  Language like that is necessary there.  Is it really necessary here?  Do we want to teach that intimate sexual activity is mostly like negotiation a contract?  I don’t. 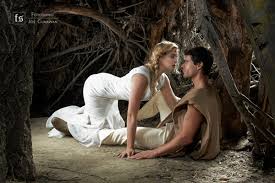 The third trouble is that people will begin immediately to game the system.  Let’s take this provision for instance: “Affirmative consent must be ongoing throughout a sexual activity and can be revoked at any time.”  Clearly, the statute wants to prevent a single agreement that would “cover” everything that happens afterward.  I get that.  But what does “ongoing” mean.  If I secure your consent to kiss your neck, do I ask again about the shoulder?  Is there a second petition between kissing the left breast and kissing the right breast?

Frank Hearn, a sociologist who values communitarian institutions, talks about the two processes by which matters that ought to be decided by free agents in the context of a supportive community, get shipped somewhere else.  If they become market transactions, as prostitution would be for this topic, sex has been “commodified.”  It has been turned into a commodity and availability is a function of supply and demand.  If they become political transactions, as in the California instance, Hearn says they have been “juridified.”  When I ask questions like those above—does my permission to kiss the left breast carry over to the right breast as well?—the issue has been juridified.

Or consider this sentence. “The existence of a dating relationship between the persons involved, or the fact of past sexual relations between them, should never by itself be assumed to be an indicator of consent.”  I can see the kinds of difficulties they are trying to prevent and so can you.  But are there no married students in California?  Do no married men who are students in California rape their wives?  The statistics about rape in marriage suggest that California has to consider that problem too.  So…does this serial permission-seeking apply to married couples as well?

People will, as I said in the beginning, game this system.  Even if both members of a couple like the idea of the legislation, they will look for ways to “streamline” its application as it bears on themselves.  It’s what people do.  Nothing, for instance, in any of the provisions requires the parties to be sober.

Before I finish, I ought to own up to a few things.  First, I’m an old man.  Second, I am an old-fashioned man.  I have never been in a sexual situation in which either the woman thought anything important would be improved by the multi-part questionnaire this law requires.  I’ve never been with a woman who thought I might rape or abuse her.  My sex life has been pretty much below the radar that California is thinking of operating.

So…I wish them well.  The depth and breadth of this problem is not going to respond very well, I think, to Senate Bill 967.  I, myself, would like to see more emphasis on sex as part of a solid and caring relationship.  They are probably going to take that on in Senate Bill 968.

1 Response to Consenting to sex