“I will never be able to forgive myself.”

I don’t remember ever saying that myself, but I’ve heard actual people say it and I’ve seen it in a lot of movies.  There are two reasons why a person might say this sentence.  One is that he or she—I’ve heard it more from women than from men, so I am going to say “she”—will try to forgive herself and fail in the attempt.  That is what the sentence actually says, that she will not be able.  The other reason is that she is not willing to forgive herself and so, however she may phrase it, she never tries. 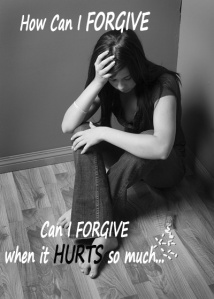 occasions we need to explain.  I’d like to look at “self-forgiveness” a little today.  That’s the point at which I want engage the argument.  Now I’m going to pull back a little and prepare for that engagement.  Let’s consider selves first.

Is it really plausible to divide myself into two pieces so that one can hold a grievance against the other?  Sure.  We do it all the time.  I think that it represents a rough and ready theory of the self that serves us well and it is thoroughly embedded in the language for a reason.  The reason is that when you get down to specifying just who is thinking and who is deciding whether it was a good thought, it gets complicated and rough and ready solutions look pretty attractive.

So there is a part of you that holds certain norms to be appropriate.  You ought to do some things all the time, some most of the time, and there are some things you need to be careful not to do at all.  And then there is the part of you that monitors behavior (both prospectively and retrospectively) to see how closely it conforms to the norms.  Think of a motion-activated camera and then substitute ethical significance for “motion.”  Any time you get close to doing something that might be a right/wrong thing, the camera comes on and you see your behavior from its viewpoint.[1]  And finally, there is the part of you that rewards good performance (self-praise) and punishes bad performance (guilt/shame).  All this is about a part of the self we are likely to call “the real me,” the self that is taking action in the real world and whose behavior is being judged, in the light of certain standards, and who receives the praise or the blame.  Except for the language I have used, which is a little more formal than ordinary coffee shop language, this is the standard notion of how we regulate our behavior.

Now let’s imagine that there is court that does all this.  In the instance that called all this to mind, it was a person in the role of parent whose behavior was inadequate.  She looked away for just a moment, she says, and something really bad happened to one of her children.  So this court I am imagining would have some standards that related to parental oversight of children.  There are standards that cover gross neglect, of course, be we are looking at the other end of the scale.  At the other end it should say, “Nothing bad will happen to your kids while you are with them” or “When you and your children are at the same place, your surveillance of them should be complete, i.e., none of their behaviors escape your supervision.

The court’s next job is to make sure it knows what you are actually doing.  I don’t want to get unnecessarily entangled in technology here.  How would they do that?  Bracelets?  Drones?  Omnipresent recording devices?   Whatever.

And finally, the court’s job is to respond to you with appropriate incentives or disincentives—or, “carrots and sticks,” as we sometimes say.  You would be formally praised for achieving the court’s standards for parenting and formally condemned for failing to meet them.  There might be periods of probation for failing to meet the standards or mandatory parent surveillance workshops or something.  Let’s say six months of some kind of work to bring you up to the court’s standards.

Before I go on, I want to be sure you know that I think this is just as preposterous as you do.  A public court that holds the standards by which my performance of my parental duties should be judged?  Outrageous!  Impossible!  And not only that, it is, in the special word chosen by Frank Hearn, from whom we will hear shortly, “juridification;” it is turning over to the courts matters that the community should do for itself.

On the other hand, there are some nice things about it.  The standards, because they are 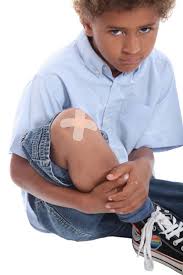 Besides that, the court actually could forgive the mother.  They wouldn’t call it that.  They’d have to call it something else, but the court sees a lot of “prudent person” cases, so they might be good at this.  A person is held to be negligent if she fails to do something that any prudent person would have done.  “Unceasing and completely effective vigilance for the first 11 years of the child’s life” does not meet the prudent person standard.  It does meet the “overburdened parent seeking sainthood” standard, but the court is empowered to say that the state, and the values of the community which it expresses, hold that the “unceasing vigilance” standard is inhumane and should not be used against anyone.

All those things the court might say don’t amount to forgiveness and I am not going to pretend they do, but they do some really good things.  It doesn’t do them as well as a supportive community would do them.  The supportive community could do a lot of what my imaginary court does, including: a) identifying the standard as unreasonable, b) monitoring the behavior of the parent to call her attention to instances of actions based on this unreasonable standard, and c) forgiving her and helping her forgive herself for her failures.  Here is Frank Hearn’s notion of what is available.

Family, marriage, and parenthood are institutions….In institutions people are able to step out of themselves and into a shared social life. Institutions offer guidelines and criteria of right and wrong that lie beyond the self-interested preferences of the individual as utility- maximizer/rights-holder…. Institutions are arrangements of mutual support centered on activities that are essential to human development and the satisfaction of important human needs. In part collective responses to human vulnerability, institutions regularize and justify by making moral those cooperative activities that help assure the orderly provision of the basic requirements of human existence and coexistence.[2]

I like that a lot.  What I’d really like to do at this point is bring this essay to a close and show a closing shot of the sun going down peacefully behind the hills.  Unfortunately, there are two problems to deal with yet and neither of them is a small problem.

Second, you have to grant the community—this is Hearn’s “institution,” the authority to tell you something you don’t want to hear.  Take this “unceasing vigilance” standard, for instance.  Why does the mother hold that?  Her mother held the same standard?  She read it in a book?  All her colleagues at school believe the same thing and require her to believe it as well?  It’s her way of feeling “in charge of” the lives of the children?  It’s her way of fending off criticism, showing that she has worked so hard that it is unreasonable to ask her to work harder?[3]

Whatever it is, there is a reason (or two or three) why she holds that standard and why she

whips herself with it.  It is, in this narrow sense, her own choice.  Granting to the community the right to say that it is not a good choice—that it is, for instance, not good for the child; not good for the child’s father; not good for her—is a breathtaking loss of personal control.  It could save her life, but letting a collection of informed, caring, others insist on the “not blaming” option, will be a hard thing to do.

If the community she belongs to believes in a God who is just and gracious, eager to forgive, the community could point out that it is a tough thing to insist on higher standards than God uses. It might even be a heresy—a real one with a special name and everything.  Demanding the right to continue to hold herself guilty when God is straining every fiber to declare her to be innocent, could be seen as daring.  It could be seen as foolhardy.  Depending on who else is being damaged—I suggested the child and the father, but presumably this woman has parents as well, and possibly grandparents and the father also has parents and grandparents—it could be seen as cruel.

But, you know, when God’s standards aren’t high enough, what’s a mother to do?

[1] And some people have to watch re-runs for years and years after the event.
[2] Pretty wonderful, isn’t it?  That’s from the first chapter of Frank Hearn’s Moral Order and Social Disorder.
[3] And I haven’t even touched the distortion that makes “how good a job the parent is doing” rather than “how good an experience the child is having” the central matter.  How did that come to be the important question?  For the child to have a successful childhood, a childhood where autonomy and resilience are learned and where guilt-mongering is condemned, he is going to have to have room to make mistakes and only gaps in the eternal vigilance standard will grant that.