Beyond any question, the most exciting project of my fifty years of teaching was helping students understand causal attribution.  “Causal attribution” is just giving a reason why something happened—it is attributing a cause to an event.  This has been on my mind recently because I have received an amazing account of one phase of my teaching from a former student, now a dear friend.  It has helped me see what I have been doing by looking at it from her side.

Bonnie Zawacki was a student of mine for one class.  It was called Political Behavior at Westminster College, where I was teaching at the time.  The experience I am going to think about today has been relayed to me by Bonnie Zawacki Klein, who, after forty years of thinking about it, has shared with me how the course struck her as a young student at Westminster.  Bonnie has amazing credentials for writing these notes, but I am going to hold off for just a little while in saying what they are. 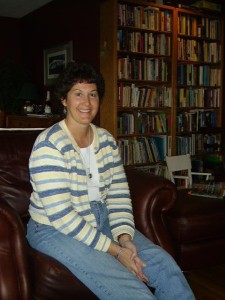 About the course, Bonnie said, “It gave me a lens for looking at the world.”  I liked that a good deal although there is an important sense in which it isn’t true.  What I did was to offer Bonnie a reason to look at the world a little more reflectively and some help in constructing for herself a “lens” that would help her do that.

If there had been a tagline for the course, as there is for nearly everything today, it would have been “What’s stopping you?”

To help answer that question, I asked students to keep a causal attribution journal (CAJ).  The first element of the journal asked, “What are you trying to do?”   It’s an oddly revealing question.  We all see the world in the light of what we are trying to do.  The events we are drawn to and the categories we use most reveal what our interest is.  In 1957, psychologist Jerome Bruner wrote a much-cited article about “category accessibility.”  Here is a paraphrase of what he said: “If you are out looking for apples, anything that “might be an apple” comes readily to your attention and you check it out to see whether it really is an apple.”

It is this phenomenon that makes the CAJ so insidious.[1]  College students have become masters of intentions they are supposed to have and they will readily tell you what they are.  But a student who says she is out looking for apples but who readily notices fence posts (and ignores “might be apples”) is not, in fact, looking for apples.  She is looking for fence posts or for something that might be mistaken for a fence post.  That is why “might be a fence post” phenomena come to her attention.

And why was she not successful?  Remember the tagline, “What’s stopping you?”  That means that something was stopping her.  It was the requirement that in every journal entry (I used the letter W to represent “wanted to”) there was also a (D), which represented “didn’t, or “was not able to.”  So every line of the journal represented a failed intention.  A number of the students pointed out to me that it got irksome after a while, but Bonnie was not one of those students.

The third necessary element of the journal was the explanation, which I represented as b2, in which the b- stood for “because.”[2]  It is the b2 which gives the entry some pop because it says why you failed.  This is the journal’s second claim to insidiousness because just as college students learn to say what they are intending, they learn to say what went wrong.  Some students, to pick a very common example, explain a failure by saying the task was too hard; others by saying that they didn’t try hard enough.

I don’t care all that much about the truth of either assertion, but I care very greatly that the student have an opportunity to look at the collection of causal attributions she has given—that is the b2 part of the journal entry—and notice how she explains things to herself.  It is that reflection that builds the lens that Bonnie said I provided for her but which, in fact, she built for herself in my class using the CAJ.

“I felt something turn in me,” said Bonnie Klein, remembering the experience of Bonnie Zawacki.  We had been reading Dorothy Bryant’s little novel, Ella Price’s Journal, and at one point, Ella imagined driving her car into a bridge abutment and “ending it all.”  That image crystalized a lot of things in Bonnie’s mind simultaneously.  Here’s how she put it:

To think that we actually had the power, consciously and abruptly, to end our lives…made life less of a fact, less a given.  And if life is tenuous, then there are choices to be made about it.  I doubt I articulated anything like this at the time.  I just felt something turn in me.  For a class whose scope included personal and social awareness and their interrelationship, this small image was a strong contributor to my understanding that “things aren’t necessarily what they seem.”  And that’s one step closer to understanding what the possibilities are!

If Bonnie and I had had this conversation at the time she was a college student, I would have tried to talk her out of the notion that life is “tenuous.”  I would have said that life is much less static than we take it to be; that it is much more malleable than it appears.

She would have agreed with that restatement, I am sure, because you simply cannot formulate the frustrations of your ordinary life into one pattern after another after another without realizing the extent to which you contribute to events that seem “external to you” when they happen.  The experience of “building a new lens for herself” (that’s how I would put it) and seeing that life is “much less of a fact, less a given” are just two parts of the same experience.

I want to move to one more step in Bonnie’s experience before I finish this reflection.  In the next post, I’d like to look at some of the darker parts of her experience.  The step I want to take today involves the gathering together of journal entries into categories.  The easy way to say it is that it involves categorization.  Here’s Bonnie Klein again.

I can’t believe all I have found in my notes.  Do you know that, before I wrote to you the first time[3] I looked at this notebook for information and directions for keeping the CAJ…Today I see, first, a couple pages of journal entries!  Some are samples and some are my own.  And I see what I think are my categories.  And some suggested outcomes from the categorization.  And what adds up to a theoretical explanation for keeping the journal in the first place.  All that on the CAJ was there and I had lost the eyes to see it!  (emphases in the original)

“I see what I think are my categories,” Bonnie says.  Of course they were her categories.  After she wrote the journal entries, her next job was to notice carefully which ones “belonged together.”  Entries that belong together are the common elements of a category and right away, students feel the need to give a name to the category.  I don’t remember which category names Bonnie invented, but I saw a lot of categories called: boyfriend/girlfriend troubles, boring classes, fraternity/sorority issues, dining hall, roommate, parents, and noisy library.

We all build categories just to get through the day.  That means that not many new things happen to us  Or, to say it another way, the same kinds of things happen to us and they happen over and over again.  That is the effect of seeing an event as belong in a category with what we will call “similar events,” although we are the ones who first discovered the similarity.

Each journal entry is a record of something I tried to do and failed to do and a reason why I failed.  That means that categories are entire collections of things I tried to do and failed to do—but the reason for failure now applies to the entire category.  I have seen a student review her journal entries and find twenty or so entries in a month that had the attribution “because my roommate was inconsiderate.”  I have seen that student look at the overwhelming evidence that she has compiled but never noticed and sit back in her chair and look at me in amazement and say, “That’s a really big problem.  I didn’t know that.”

Attending to the small frictions of your life rather than ignoring them brings you information you did not have before.  Categorizing those frictions into categories organizes those frictions into structures so prominent that they are hard to ignore.  And the repetition of events within a category is a little like having the same toe stepped on over and over again.

[1] I mean this in the sense of the second meaning my dictionary app gives, “operating in a slow or not easily apparent manner,” not in the sense of the first meaning given, which is “characterized by treachery or slyness.”  I was charged, every now and then, with being insidious in the first sense, even though I explained how the journal worked on the first day of class.    Students mostly didn’t believe me.

[2] There was also a b1, which was very useful is some contexts, but which need not detain us here.  A complete single entry, like “Wanted to get to class on time because I hate to disturb the class by coming in late, but I didn’t because my mother called me as I was leaving for class” would be coded Wb1(D)b2.

[3] That first time was about 2005.  She was starting to teach a new course and wanted to use some aspects of the journal method with her high school students.  She called to ask if I would “talk her through” how the CAJ worked.  We became friends that day and have been friends ever since.