Do you remember “the non-aligned nations.” [1]  We used to hear about them all the time.  We don’t hear that designation anymore although we still hear about the nations.  Why is that?

You wouldn’t know it from reading the newspapers of the Cold War era, but there is a lot of infrastructure in the notion of “non-aligned nations.”  It presupposes a division of the world between two dominant powers—“us” and “them.”  The truly significant thing about these powers which had not yet been assimilated into one of the two big blocks…was that they had not yet been assimilated.  That was what one needed to know about them.

Many times, especially when you are asked to make a choice where there are really only two options, getting to be the one to name the options is a significant advantage.  In my many years of teaching American government, I had to deal with abortion as a public policy issue.  Some of those years were before Roe v. Wade (1973) and some after.

For a question as fraught as that one, it does very little good to try to say that one side is 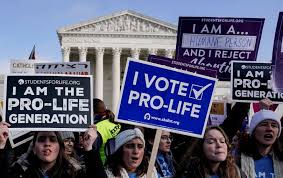 Then I did the same for pro-choice and anti-choice.  Who would like to represent the anti-choice position?

So we have two strongly held positions, each without any opponents at all.  What to do?  Well, it is obvious that the crucial decision is how the question is to be put.  Is the “does the woman get to choose what to do” dimension of the complex of issues going to be in the center, displacing other possible foci, or will the “save the life of the fetus at all costs” dimension be put there?  The argument proceeded, usually, but now it was about something sensible, which is whether this value more important than that value.

It is not, any longer, an argument about what I called “position”—the pro or con part of the argument.  It was now an argument about salience.  Which of these two incompatible foci should be put in the center and made the issue? [2]

A lot of people in Portland, where I live, are reading Ibram X. Kendi’s How To Be an Anti-Racist.  They are gathering in groups to “discuss” the book and someone in each group will be called upon to “lead the discussion.”  That sounds like a fruitless job to me and I very much hope that I will not be called on to do it.

This prospect puts me very much in mind of the “non-aligned nations” problem.  Non-alignment was a problem, remember because “you really should be involved.”  In a similar 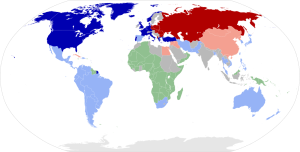 way, the strategy of Kendi’s  book is to force a choice—given the common salience of the question—between being a racist and being an anti-racist.  Given, in other words, that “race” is what we are talking about, participants are left with pro- and con- positions only.  This is exactly the dilemma of participants who, once “life” is established as the salient topic, are forced into being pro-life or anti-life.

Two things will follow upon the use of this strategy.  I’m not “seeing into the future.”  I’m just remembering all the times it has worked out like this in the past.

And that is the first thing wrong with the terms of the discussion.

The second is that the balance metaphor, upon which democracies normally rely, doesn’t work.  I know that sounds bad, but think about it for a minute.  If you have a scale of evaluation with only one pole—evil racism—then you want to get as far away from that pole as you can.  The crucial question—the question that does NOT come up in this way of organizing the discussion—is this: “How far is too far?”

If there is not an answer to that question, democracy has been left behind.  Democracy is a system defined by its procedures—notably, fair, free, and competitive elections—and although they can be subverted to some extent and circumvented to some extent, the notion of “too far” remains.

Think of it this way.  Even if there were a war against racism and even if the anti-racists won the war, will there not have to be a treaty afterwards?  And with whom will that treaty be negotiated?  Think about it.  The hatred that drives racism is not going to go away and when the war is over there will still be racists to deal with and that means the question of how far one may go in pursuing a virtue—or, as in antiracism, avoiding a vice—will still be there.

That’s the second thing wrong with the terms of the discussion.

Since I began this essay, I have been introduced to the term “pernicious polarization.” [3]  Jennifer McCoy and Murat Somer argue in their paper (see the link in Thomas B. Edsall’s August 26 column in the New York Times) that as the commitment to democratic procedures, like fair elections, wanes and as the commitment to partisan goals grows, there is a point at which they cross.  The achievement of the goals by any means now trumps the democratic process and democracy dies.  It becomes necrotic.  And it is the polarization that has killed it.  That is why the levels of polarization we have recently achieved run the risk of killing the democracy we have long prized.

The commitment to anti-racism, if it is not constrained by the other values that democracy would impose on it, becomes only another part of the pernicious polarization.

Are the ranchers and the cowpokes going to be friends?  Are the Sharks and the Jets going to make nice with each other.  I’ve got an idea.  Let’s not find out.

[1]  India, notably, got sick and tired of being called “unaligned” on the grounds that they had India’s interests in mind.

[2]  It turned out that one of the submerged elements of the issue was more important than anyone thought it would be.  Federalism.  Just how much can the national government prevent state majorities from pursuing their goals, the Supreme Court’s decision notwithstanding?

[3]  The adjective pernicious is worth a careful look.  The Greek root—it is taken up into Latin as well— is nekrosis, “a becoming dead,” from nekros, dead body.”