Not a nationalist. Not a globalist.

That really is the question.  What alternatives are you rejecting when you choose this one.  Here’s an account that Matt Bai, a Yahoo columnist, published on October 25

He then accused his opponents of being “corrupt, power-hungry globalists.” He went on:

“You know what a globalist is? A globalist is a person who wants the globe to do well, frankly, not caring about our country so much.”

That establishes what alternative President Trump wants to oppose.  He is against globalism.  That is the fight he would like to have.  “Nationalists” against “Globalists.”

And you can see why he would like that.  “Pro-lifers” would like to enter into a debate with “Anti-lifers.”  And “Pro-choicers” would love to debate “Anti-choicers.”  But that’s not really the way the debates are structured.  President Trump knows that and he is trying to restructure them.  He is not a subtle person.

A lot of times, the whole game is decided when the name of a measure is decided.  It is a little like assembling the teams on the field for the coin flip, then whoever wins the coin flip is declared the winner and everyone goes back to the (now completely unnecessary) showers.  I remember hearing of a bill to be debated in the Ohio legislature when I lived there.  The bill had to do with experiments that may or may not be performed on animals.  The bill was going to be called either “the child-saving bill” or “the dog-killing bill.”  This is the coin flip.  Somebody wins and everyone goes home. [1]

In the Internationalists stadium, the “nationalists” are just narrow minded jingoists 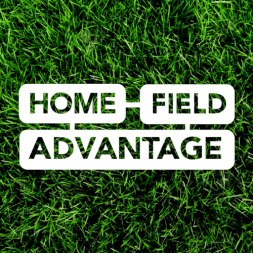 [hyperpatriots with a big army and a chip on their shoulder]. [2]  In the Nationalists stadium, the “globalists” are cosmopolitan snobs who care nothing for the land of their birth.

President Trump doesn’t confine his sense of what nationalism means to the partisan rallies, like the one Matt Bai reported on.  Here he is before the U. N. General Assembly.

Each of us here today is the emissary of a distinct culture, a rich history, and a people bound together by ties of memory, tradition, and the values that make our homelands like nowhere else on Earth.

That is why America will always choose independence and cooperation over global governance, control, and domination.

But President Trump thinks he can destroy internationalism as a public choice.  He can try to pretend it doesn’t exist.  He can link it to “global governance and domination” as he has here.  But it’s a big hill for him to climb.  Internationalism has been the basic choice of every president since World War II.  It was the choice of Presidents Reagan and Obama and Clinton and both Bushes.

Let’s take a very short tour of why all those presidents have chosen it.  Last year, the Foreign Policy Association lead off their Great Decisions series with a presentation called “The Waning of the Pax Americana.”  The idea was that the set of international institutions that have served our interests so well since World War II are being threatened. [3]

The first quote gives us some useful specifics for what is often called “the Liberal International Order” or LIO.  This is not “liberal” in the domestic American sense.  This is “liberal” in the sense that means pro-West generally.

“…a new order—an American-led order that involved the creation of the United Nations, the World Bank, the International Monetary Fund.  Separate but equally important NATO, the World Trade Organization.  These were really the key pieces of architecture of the U S led global order.”

The Liberal International Order is characterized here as “the U. S. led global order,” and so it was.  Those institutions were invented to give order to international dealings, but always with the interests of the U. S., as the leader of that coalition, kept in mind.  “Globalism” does away with those.  “Internationalism” cherishes them.  Nationalism simply avoids them in favor of bilateral negotiations, which can be clearly seen in President Trump’s U. N. remarks.

Here is another characterization of internationalism from the Great Decisions series.

“…the Liberal International Order (LIO) that we helped to structure and we did it for selfish American reasons.  It was the cheapest way for us to accomplish our goals.  And what made it cheap?  Allies.”

The question of the cost of our negotiations is raised directly here.  Programs run jointly for ourselves and our allies are simply cheaper.  We are not stuck arranging quid pro quo for each “deal.”  The deals are supervised by institutions organized particularly to do that work—the World Trade Organization, for instance—and they are funded by everybody.

You take these four things together: economic stagnation, large scale immigration, unmediated social media, creaky old sclerotic governments, and what you have is a recipe for populism on a world stage.

Where nationalism will take us

With these considerations, we look at the alternatives.  With the recent election of Jair Bolsonaro as president of Brazil “populism on a world stage” is exactly what we have and he is not the first such leader.  President-elect Bolsonaro wants “a better deal for Brazil.”  Does he really?  Just imagine?  And how will that “better deal” be pursued, do you think?

I would think that President Bolsonaro would try to drive a harder bargain with the U. S.  Brazil has a huge middle class and it has been very good about buying American products.  If I were Brazil, I would want to use that as a bargaining chip.

And so would everyone else who has a bargaining chip.  And that is the end of the international institutions that have brought about an international order favorable to the West.

That’s why I think being an “internationalist” is a good position.  It is also why I think that the opposition President Trump proposes between “nationalism” and “globalism” should be exposed as a superficial and misleading opposition.

I’m sure it works well on the campaign trail and I’m sure that is why he uses it, but that is the only sense I can see in it at all, and I think the costs are insupportably large.

[1]  I don’t actually remember whose bill passed, but I am sure it is the same as whoever won the naming battle.

[2]  Nationalism with a chip on its shoulder and a willingness to go quickly to war has been called “jingoism” for a long time now.  Here is the poem that popularized that name.

“We don’t want to fight but by Jingo if we do,
We’ve got the ships, we’ve got the men, we’ve got the money too,
We’ve fought the Bear before, and while we’re Britons true,
The Russians shall not have Constantinople.”

[3]  I’m afraid I don’t remember any more which quotes go with which people.  They are all mainstream commentators on U. S. foreign policy, the they report this in the manner of “As you all know…”