But Whitey’s goin’ to the moon

Would we be better off, do you think, if we were more sensitive to the concerns of others?  You would think so, wouldn’t you?  That notion has come very close, in the blue bubble where I live [1], to replacing all ten of the commandments that were so important to Moses.

But when you think about it, shouldn’t it matter what the “concerns”—grievances, really—are?  What if there are concerns that are not based, even loosely, on facts?  Would we want to know whether a concern had any merit other than being deeply felt?  You would think so, wouldn’t you?

For me, the classic “expression of concern” is “I’m mad as hell and I’m not going to take this any more.”  Howard Beale gave us that in the movie, Network.  People all over the viewing area did just what he urged them to do.  They opened their windows and stuck their heads out and yelled that line as loudly and as many times as they could and they took great comfort from discovering that many other people were yelling the same thing at the same time.

Should we take that “expression of concern” seriously?  Would it help to understand why they are mad as hell?  I’m thinking of the man who took his gun and went out looking for revenge on 9/11.  He found a Sikh, an Indian wearing a turban, and shot and killed him because he imagined that the man was “an A-rab” and therefore a Muslim and therefore complicit in the attack on New York and Washington.  Would it help if we took this man’s “concern” more seriously?  I don’t think so.

Some grievances need to be abandoned because there is no factual cause for them.  I remember a story of an irate parent who stormed over to the house of the teacher who told his daughter that Paris was in “Europe” when the father was holding in his hand a map that showed that it was in France. 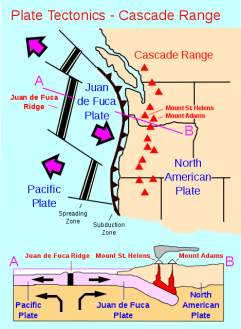 them.  In the Pacific Northwest, where I live, a major earthquake is long overdue.  When it occurs, it will be a tragedy, but the earth is, in fact, made up of tectonic plates and the Juan de Fuca plate is pressing harder and harder on the North American plate and some sort of “adjustment” is going to occur.  There is no point, it seems to me, in formulating that as a grievance. [2]

Some grievances need to be expressed because we all feel better after we have expressed them, but these are not “concerns” that we expect to be addressed and they do not attribute any particular causes of our grievance.  When we think about responding to those grievances—being “sensitive” to them—we have to ask whether anyone will be better off if they are taken seriously?  Will the aggrieved?  Will those to whom the grievance is attributed?  Will society as a whole?

And who will be worse off?

I saw the movie First Man this week.  It was very light on the great achievement of the moon landing and very heavy on the cost of it to the astronauts, especially Neil Armstrong, who was the subject of the film. [3]  This movie introduced me for the first time to Gil Scott-Heron’s song, “Whitey on the Moon,” which he sang in 1970, just a year after the event itself. [4]

Whitey on the moon 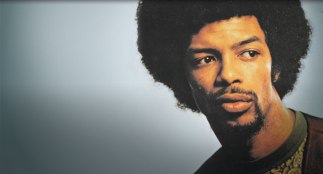 I want to make a comment or two about the song and then I want to return to the “sensitivity problem.”  First, it is a song of racial alienation.  That might seem too obvious to say, but it is not.  There are so many sources of alienation in our society today; the song could have been about any of them.  None of the astronauts was gay, for instance. [5]  The song could have been about “straight people” —“Straighties?—on the moon and would have expressed the same alienation.  None of the three astronauts was a woman, so…[insert your favorite derogatory terms for men here] “on the moon.” Of all the  alienations that currently afflict us, I am specifying that this was a song of racial alienation, rather than of some other kind.

Second, the song laments black poverty and contrasts it with white achievement.  This splits “Americans” into racial groups so that sentiments like “America, first in the race to the moon” lose all their meaning.  “Oh, I’m sorry.  Did you mean the white America or the black America?” [6]

These two Americas are latched together in the song in two ways.  One is principally poetic.  The other is a causal attribution.

Of the poetic ones, “Whitey’s on the moon” is introduced by “with” three times, by “but” three times, and by “and,” “while,” “for,” “of,” and “to” once each.  There is also a “Hmmm,” which is my favorite from an artistic standpoint.  Those words connect the bad things happening to black people here with the heroic achievements of the all-white space exploration, but only because they occurred at the same time.

But there are also to causal ones.  All these bad things are happening here “cause” Whitey’s on the moon.  Here are those two.

(’cause Whitey’s on the moon)

I wonder why he’s upping me?

(’cause Whitey’s on the moon?)

“The man” could just as well have been Asian or Hispanic or black, but in the context, we might as well assume that he is white.  While I don’t know why the rent was raised,  I am entirely sure that it was not so we could send a white astronaut to the moon.

For all the lament in this song, for all the alienation it expresses, for all the black solidarity it engenders, this particular attribution is just wrong.  No one raised this black man’s rent so NASA could beat the Russians to the moon.

And as an illustration of alienation—even just racial alienation, forgetting for a moment all the other kinds—I think it points to an even worse fragmenting of the society.  Emily Hanford recently published a column in the New York Times about learning how to read.  The short answer is the phonics is crucial because it teaches students to “decode words.”  There is active resistance to this idea.  It’s the basis of the resistance that inclines me to put it in a consideration of Whitey’s on the moon.

It’s not just ignorance. There’s active resistance to the science, too. I interviewed a professor of literacy in Mississippi who told me she was “philosophically opposed” to phonics instruction. One of her colleagues told me she didn’t agree with the findings of reading scientists because “it’s their science.”

“It’s their science” is very close to the ultimate alienation.  It is as if each baseball team brought its own home plate umpires, each of whom called the balls and strikes.  The calls of “your umpire” are to be rejected, of course.  You can’t play ball that way and you can’t sustain a society that way either.  Different values will always be at the root of social grievances, but we should be able to agree on enough of the facts to propose some solutions.

“It’s their science” is very near the end of the line in alienation, but that line begins way back at “Whitey’s on the moon.”

[1]  That’s not mostly a political reference, although Oregon is a “blue state,” i.e. votes consistently for Democratic candidates.  I’m thinking of it in class and cultural terms as well.  We are mostly mainstream Protestants and genteel agnostics.  We meet each other at symphony concerts and say hello.

[2]  My favorite solution is to purchase “no fault insurance.”  If there were no fault, there would be no earthquake, after all.

[4]  Just to introduce a different perspective on the achievement, Dennis Overbye had this to say about the mission —finally ended—of the Kepler telescope, which had had the job of looking for other habitable planets.  “Kepler’s retirement marks just the beginning of a quest to end humankind’s cosmic loneliness.”  Think about “humankind’s cosmic loneliness” a little before you return to “Whitey’s on the moon.”

[5]  I don’t know that for a fact, but since the question has never been raised at all in my hearing, despite many other gay issues being raised, I am just going to assume it for the moment.

[6]  The historical context of the race to the moon was, of course, the Cold War.  “America” was contrasted to the Soviet Union.  “We” meant all of us, not “them.”