The Apostle Paul as a Sweep

The way International Bicycle Tours (IBT) sets up their trips, the “Sweep” is one of the riders who has a specific and clearly defined job. It is not the only job. There is a leader, after all, who knows where we are going and that we need to be there by 11:00 to meet a lecturer who is going to tell us all about the historic past of wherever we are. [2]

Then, in the IBT system, there is the Corner. A lot of different people get to be Corner during a day, because the Corner is whoever is riding behind the leader when the route takes a turn. The job of the corner is to stand there and tell the rest of our tour which way the leader went. When everyone but the Sweep has gone by, the Corner swings back into the line and someone else is the Corner at the next turn. 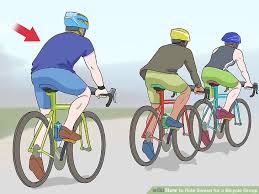 As I implied in the last paragraph, the Sweep is the last in line. That is why he or she is called the Sweep. Because it is the Sweep’s job to be last, and there are implications to that to which I will return at the end. I have been a Sweep with IBT any number of times and have even written about how much I enjoyed the experience.

It is in that sense that I am imagining Paul as a Sweep. In every group of cyclists, there are those who want to go faster and those who want to go slower. The Sweep doesn’t care; his job is to be dead last no matter what. In these groups, there are people who want to stop and take pictures and people who want to ride up to the head of the line so they can be chosen as the next Corner. The Sweep doesn’t care. He can let the Corners go and he will have to wait, in any case, for the picture takers. His job is to come in last and make sure he doesn’t lose anybody.

There is a good bit of material in Paul’s letters that easily be misused. If you think what he is trying to do is to line up with one faction or other in one of his churches, you will think that is his own “position.” And if you think what Paul told the Corinthians to do is what he would say to us as well, you have two problems instead of one. But if you think of Paul as doing what he needs to do to keep the whole group together and not lose anyone, it makes a great deal more sense.

Let’s take the “meat offered to idols” controversy in 1 Corinthians 8:4—9.

4On the subject of eating foods dedicated to false gods, we are well aware that none of the false gods exists in reality and that there is no God other than the One. 5Though there are so-called gods, in the heavens or on earth—and there are plenty of gods and plenty of lords— 6 yet for us there is only one God, the Father from whom all things come and for whom we exist, and one Lord, Jesus Christ, through whom all things come and through whom we exist.

These people are, following the bike tour metaphor, the fast riders. They know that there 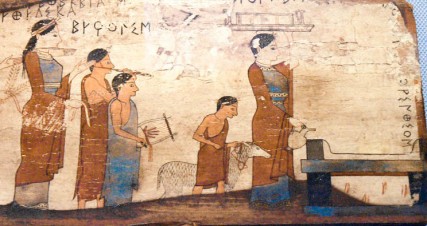 is only one God and that all the other “so-called gods” are mere illusions. That means that meat that has been offered as a sacrifice to one of these illusions is not contaminated for anyone who understands what an idol is. The fast riders are those who understand this. And before we look at the slow riders, let’s stop to note that if Paul were a rider on this trip and not the Sweep, he would be a fast rider. Notice the “we” in verse 4. “We (fast riders) are well aware…” Now we will look at the slow riders.

7However, not everybody has this knowledge. There are some in whose consciences false gods still play such a part that they take the food as though it had been dedicated to a god; then their conscience, being vulnerable, is defiled.

These slow riders are the people who just don’t get it. The false gods play such a part in their lives—are so real to them—that meat that has been offered to these gods is actually defiled. This is the slow rider condition: the gods are real, so the meat offered to them is spiritually contaminated, so I dare not eat it, lest I be contaminated myself. If Paul were a rider on this trip, these slow riders would be “them” to Paul; not “us.”

But now we hear from Paul the Sweep.

8But of course food cannot make us acceptable to God; we lose nothing by not eating it, we gain nothing by eating it. 9 Only be careful that this freedom of yours does not in any way turn into an obstacle to trip those who are vulnerable.

Here, Paul begins with a sentence affirming that what the knowledgeable people, the fast riders, know is true. “Meat” doesn’t, of itself, have any effect on our relationship to God. But then he says what Sweeps say: “don’t do anything that is going to lose us any of the members of the group. If you do what you do with only yourself in mind, you are going to cause trouble to others and if you are really “knowledgeable” people, that is one of the things you know. My job as Sweep is to keep the group together, and I want you to accept this artificial limitation on your behavior so that we can all ride together safely.

Modesty in Ephesus in Asia Minor

Examples could be multiplied in Paul’s other churches, but let’s consider only one more. Paul [3] is still is Sweep mode as he writes to Timothy. Or, more exactly, he is helping Timothy understand what being a Sweep really involves. Here is a well-known and violently disparaged passage from 1 Timothy, Chapter 1.

9 Similarly, women are to wear suitable clothes and to be dressed quietly and modestly, without braided hair or gold and jewelry or expensive clothes; 10 their adornment is to do the good works that are proper for women who claim to be religious. 11During instruction, a woman should be quiet and respectful.

We have two questions here. The first is extravagant dress, the second proper demeanor at the assemblies. [3] These assemblies are small gatherings in private homes. Some of the people who come are rich and some are poor. “Rich and poor” function, in the setting of 1 Timothy, the way “knowledgeable and over-scrupulous” function in Corinth. They are ways of referring to fast riders and slow riders.

Following the IBT metaphor again, Paul is telling Timothy what to do as Sweep. “There are some women who love to flaunt their wealth when the come to the assembly and they don’t care how it makes the poor women feel. Get them to see the damage they are doing and stop doing it.”

Similarly, the local (Ephesus, probably) gender norms specify a certain demeanor of women in the assembly. Every woman who challenges these gender norms in the assembly makes it harder for the traditionalists. Get them to see the damage they are doing and stop doing it.”

There is no question that the specification of gender norms for the women of Timothy’s church is offensive to many modern women. And without considering why they have every reason to be offended by this passage, let’s consider what Paul’s advice would be to a pastor in Ephesus, Georgia. If there are women who claim the full freedom and dignity that comes with the modern understanding of womanhood, what do you suppose Paul the Sweep would advise that pastor? The Sweep’s principal concerns, remember, are to keep the group together and not to lose anyone. 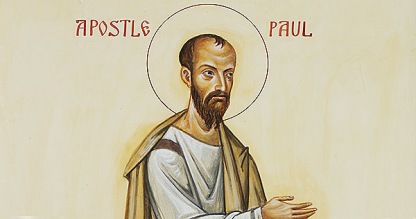 I think Paul the Sweep would advise that pastor to open the church fully to its women members. Pastors, Session, deacons, lectors…everything. These are the fast riders, remember, so Paul the Sweep might very well prevail on them to be gentle with the slow riders. We would say, using a modern idiom, not to rub their noses in it. He would be as opposed to a flamboyant feminism that demeans all men and drives them out of the church as he would be to a submissive role for women that hoped to keep the men by offering them an illusory (and unchristian) dominance.

If we can imagine Paul not as a taker of rigid positions or as a giver of binding commandments, but as a Sweep, committed to the safety and integrity of the group of people given to his care, then we can read him differently and appreciate his dilemma more fully.

In some groups where I served as Sweep, the role had been fully formalized. The leader and all the members of the group gathered at the barge where we met at the end of the day and applauded as the Sweep came in. It meant, after all, that everyone had finished that day’s work and everyone was safe. I think that if there is the kind of finish line Paul imagined there would be, his arrival there will be greeted by all the groups who recognize him as their Sweep and the applause will sound like thunder.

[1] If you know I live in Portland, Oregon, I should say that it isn’t Vaux’s Sweeps either.
[2] I should say that the lecture I refer to would have been arranged by Road Scholar, whose tour it is. IBT just handles the bicycle part of it.
[3] There is a good deal of controversy over whether Paul, himself, wrote the Pastoral Epistles. I am referring to “Paul” as a matter of convenience here because, for my purposes, it really doesn’t matter. I am taking a very Sweeply perspective on authorship.
[4] The reasons Paul gives for these instructions are even more troublesome than the instructions themselves. I would argue that Paul has said a good deal more that Timothy needs as the Sweep. If Timothy is also the leader, he needs a much richer understanding of just why this behavior is “good behavior” than he would need as a Sweep.