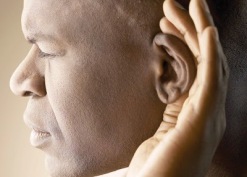 him look bad. I’ve been grateful to him ever since for being willing to do that. His notion of living the Christian life was that around him in the world were people he was called to serve. He didn’t have a narrow or a specifically religious notion of what “service” was. He did have a sense of how those people were to be identified to him, however. He counted on the Holy Spirit to move him toward those particular people he was being called to serve. Not only is that resolutely orthodox; it was not even unusual at Wheaton when I was there.

Then he told us that in several months of trying this experiment, he never—ever—used up the fifteen minutes. He stopped using the excuse of not having enough time to do the things God was pointing out for him to do and discovered to his amazement that doing those things took almost no time at all. [2]

I want to get to Lent in a little while. Christians are urged to “give up something” for Lent. Sometimes that is treated as if giving up something for awhile was good all by itself, but at other times, the idea is that you will have more time for a special spiritual emphasis or practice if you give something up. I don’t think the odds are good on either of them and I’ll tell you why.

Let’s start from another place and see if we can get back to that question. Tim Wu has a column in the New York Times in which he argues that “convenience” is a double-edged sword. Let’s begin with “housework.”

However mundane it seems now, convenience, the great liberator of humankind from labor, was a utopian ideal. By saving time and eliminating drudgery, it would create the possibility of leisure. And with leisure would come the possibility of devoting time to learning, hobbies or whatever else might really matter to us. Convenience would make available to the general population the kind of freedom for self-cultivation once available only to the aristocracy.

Let’s take the time, now, to imagine a family of a husband and a wife and two kids where the “work at home”—that includes all kinds of housework and all the various forms of childcare—engages husband and wife equally. This would become another kind of essay in another kind of family. 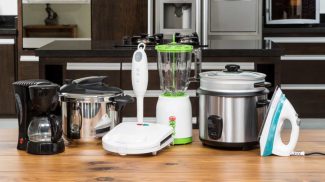 And how did that work out?

Betty Friedan looked at what household technologies had done for women and concluded that they had just created more demands. “Even with all the new labor-saving appliances,” she wrote, “the modern American housewife probably spends more time on housework than her grandmother.”

And this isn’t only historically true—as if it applied only to dishwashers and vacuum cleaners—but it is persuasive as a principle. It might be nice to think it is only the drudgery of doing the dishes that keeps me from mastering the Greek epics, but when the drudgery goes away, what takes it’s place? Some new drudgery, like protecting all your internet passwords from being compromised or a new higher set of standards—your glassware is clean, but does it really “sparkle?”— that requires all the old work but at a higher level?

The only thing that is going to really work toward your mastery of the
Greek epics is a really strong desire to learn Greek and master the best stories written in that language. That’s what’s stopping you. It isn’t the housework and the childcare—at least not in the family I created for this example. What is missing is the strong desire for the project and the willingness to do whatever it is that needs to be done to achieve it.

Tim Wu points out, correctly in my view, that when “convenience” gives us more time, we tend to spend that time on more conveniences.

Convenience has the ability to make other options unthinkable. …After you have experienced streaming television, waiting to see a show at a prescribed hour seems silly, even a little undignified.

I know a lot of people who “binge watch” TV because they can. It isn’t that the show isn’t good enough to wait for. It isn’t that you don’t feel any need to discuss it. It is that you subordinate other desires—desires that would make much more sense if they took more time—to “the most convenient option.”

Of course, that gets political too.

When you can skip the line and buy concert tickets on your phone, waiting in line to vote in an election is irritating. This is especially true for those who have never had to wait in lines (which may help explain the low rate at which young people vote). 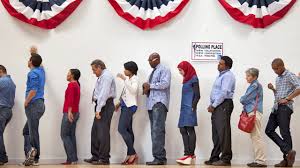 If it were formulated as a rule, and there is no reason to think anyone would really do that, the rule would be this: if it takes either work or waiting, I will choose something else. Political reform? Takes too long. Providing infrastructure? Way too long. Slowing the rate of climate change? [4] Not every worth thinking about. Easier just to deny the reality of it.

It takes too long. End of story. Let’s do something “more convenient.” Playing Wu’s argument out in the political arena—that’s not what he does with it—would mean that choosing systemic projects, no matter how important they are, would fail to occur and we would choose instead projects that require an election cycle or less. Voting for someone who is angry on the grounds that you too are angry, for example, is immediately gratifying.

So the time I clear for myself by “labor-saving conveniences” is not at all likely to be used for hard work. It will not be used, following the logic of Wu’s argument, for time consuming or onerous tasks or for the pursuit of goals that will not mature quickly. Conveniences don’t lead us in that direction.

Here’s a possibility. How about a driving desire to prioritize our lives so that the most important things receive our commitments first? That sounds pretty good. And now we have arrived back at Lent.

For Lent, that would mean some new study or reflection or emotional openness or behavior that evokes this special period—the last painful phase of Jesus’s ministry. [5] I am going to be reading Raymond Brown’s study, The Death of the Messiah, again. That has been my practice for the last ten years or so. Every year, as I read, I remind myself of things I already know and learn some new things. And then I learn to wonder about things I never wondered about before.

This year I am going to be working on understanding the use of genre (my word for it) by the evangelists. It’s hard to say exactly what that means, but it isn’t hard to illustrate. Several years ago, I proposed this “quotation” for the readers of this blog.

All men are created equal, that they are endowed by their Creator with certain unalienable rights. Therefore, Workers of the World, unite! You have nothing to lose but your chains.

The first question is simple: Is it reasonable to get from first part of this quote to the second part? My answer is, Yes, it is. The second question is more difficult: Is it even conceivable that any document could use a quote like this without taking a substantial part of its “meaning” from the fact that the first part comes from our Declaration of Independence and the second from the Communist Manifesto? My answer is, No, that is not possible.
The “meaning” of this misshapen quote is that part A comes from here and part B comes from there. That is the “meaning” over and above what the words mean. That’s what I mean by “genre.” So what on earth does Matthew mean when he says (27:51—53, New Jerusalem Bible) this?

51And suddenly, the veil of the Sanctuary was torn in two from top to bottom, the earth quaked, the rocks were split, 52the tombs opened and the bodies of many holy people rose from the dead, 53 and these, after his resurrection, came out of the tombs, entered the holy city and appeared to a number of people.

I don’t think that’s reporting things that happened. I think it is citing a scripture or some scriptures (a genre) and that “where those accounts come from” will be a big part of their meaning, just as Thomas Jefferson and Karl Marx provided the largest part of the “meaning” in that fake quote by being the authors.

And that seems worth doing for Lent.

[1] Not the Wheaton Crusaders, as they were when I was there in the 1950s, but the Wheaton Thunder now.
[2] There are lots of ways to criticize this instructor’s experiment. You could question the mechanism by which he was to be directed; you could question the tasks to which he was called, and so on, but I have benefited so much from the conclusion he drew that I am not inclined to.
[3] Just to remind us all, the English aristocracy comes from the Greek aristos, meaning “the best.” You see immediately, I am sure, that commoners with household conveniences can be “aristocrat-like” without being “the best people in the society.”
[4] In Kim Stanley Robinson’s dystopian novel 2312, the period of life on earth where we are now is dated from 2005—2060 and is called “The Dithering.” New York City is entirely flooded and people get from building to building on skybridges.
[5] That is not a random or casual list of approaches. If you think it is, try grouping the middle two and contrasting them with the first and last.