Peter Stearns is “my guy” for gender roles

Stearns recently retired as Provost at George Mason University, in Virginia. He is still teaching and still writing. That’s good news for me. In this very partial introduction to Stearns’ thinking, I’d like to tell you why I take it as good news that he is still writing.

Stearns is a “social historian.” Rather than try to say precisely what that means, let me list some of his titles: if you can think of a better name for his specialty, I’d be willing to consider it. Here are my top nine selections from his publications since 2000.

The only one on this list I have read is Anxious Parents. For me, the most important book Stearns has written is Be a Man!: Males in Modern History, 2nd Ed. That’s the one I am going to introduce to you today. [1]

In the title to this post, I referred to him as “my guy” for gender roles and I’d like to 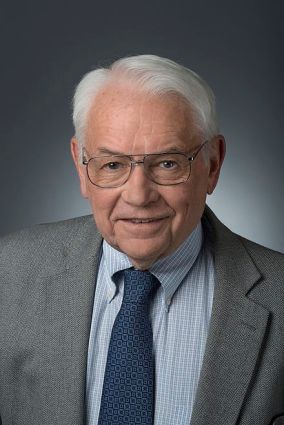 explain what that means before I write anything about his work. When a subject area is both important to me and too confusing for me to sort out, I like to choose “a guy” as my default guru. [2] “Default guru” means that I provisionally accept that person’s perspective as my own and I pay particular attention to writers who diverge a little from that perspective. [3] Sometimes these divergences pile up and I have to look for another guru—if I still feel, by that time, that I need a guru. More often, I keep the guru’s perspective, but modify it to meet my own needs. In that case, I think of myself as a “neo-something.”

I may become a neo-Stearnsian some day but it isn’t going to be today.

Nearly all I know about Stearns comes from his studies of “being male after the industrial revolution.” What Stearns is saying seems right to me—hence the choice of guru—but also, he is the only one I hear saying what he is saying. That makes him, like a rare anything.

In what follows, I am going to choose a few texts from on chapter of the revised edition of his book Be a Man! and comment a little on each of them. I’d like to share my enthusiasm for him. I’d like you to say, “Who IS this guy?” and go look up some of the things he has written.

The basic pattern of modern men’s history is deceptively simple: conditions imposed by the industrialization process undermined key facets of patriarchy, leading to a period of varied compensatory efforts in which establishment of masculinity was a central thread—hence the nineteenth-century preoccupation with male work values and male leisure monopolies. This focus yielded to a period of diverse modifications, which in turn describe major changes in manhood and its standards over the past seventy years.

This is the first paragraph of Chapter 8. Stearns argues that relations between men and women were clearly defined and stable before the industrial revolution. That doesn’t mean they were good; it means they were clear. The industrial revolution disordered them and what what we today call “modern history” is an attempt to find a balance of gender roles that fit our circumstances as well as the old balance fit theirs. 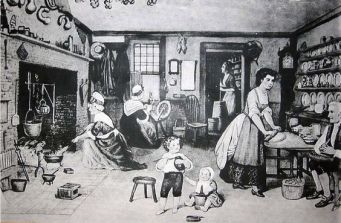 I like that a great deal. If you look at the current fluidity in the performance of gender and the norms by which those performances are judged, it is easy to be overwhelmed by the complexity. If you get a firm notion of how those roles used to be and what happened to them, you can see today’s struggles as an attempt to return to clarity. Starting that far back gives you a perspective on today that you can’t get by starting today.

For men, however, the issue is less one of tolerance than the renewed acceptance of essential tension within the modal personality itself. What men can do for the family is redevelop an appropriate male style, using friendliness but calling on older traditions as well, to provide an approach different from the maternal style: no better, not simply supplementary in the sense of doing a fair share of the woman’s work in the woman’s way, but different, in a manner that will give children a greater range of choice in their own personal styles than the maternal monopoly has normally allowed.

Stearns had just said that we would be seeing “greater variations around a standard gender personality,” so his point here is that the action is not going to be focused on “tolerance” itself, but on the essential tension within the masculine role. And then he cites some tensions. The first is “using friendliness but calling on older traditions as well, to provide an approach different from the maternal style…”

Stearns has a fairly long treatment of just what the children in the family lose when their father is reduced to trying to get his children to like him. You can go only so far in being “buddies” with your kids and still give them what they need from a father. That is what he is touching on here when he says that friendliness is fine, “but…”[4]

I think the expression “maternal monopoly” is a useful addition to the discussion of how to raise children. It is common to focus on how much more of the work of taking care of the house and the children women do than men. Stearns notes that and agrees with that critique with the expression “fair share” But he also wants to consider whose judgment prevails on how those things are to be done—the house and the kids—and he is the only one I know who cares about that second question.

There is a way men like to do things and it isn’t always the way the women do it. If the men are going to be sharing the work, Stearns says, they ought to be sharing the controls as well. How are the crucial tasks to be defined? How good is “good enough?” Why? The men who are committed to doing “a fair share” of the work are responsible also to do a fair share of the defining of the work and of the evaluation of the work against appropriate norms.

This gives the children, as he says, “a greater range of choice in their own personal styles.” That sounds like a good thing to me.

“Mainstream” definitions raise issues of their own. Some men in the late twentieth century do not like dominant male traits. A problem in gender discussions, from both conservative and radical sides, is a tendency to assume that ultimately rational people should agree on a single set of standards.

Some men find the continuities with earlier traditions of aggressive, competitive behavior, that unquestionably start in boyhood, genuinely repulsive. They believe that men ‘would be better people—and physically and mentally healthier—if they adopted a larger number of female traits.”

Most men, however, if open to formal contemplation of gender issues at all beyond those forced by women’s change, clearly do not want sweeping reconstitutions.

In his discussions of gender, Stearns carves out for himself a large chuck of the middle of the road. He pushes away views that cluster at the far right edge and also the far left edge. You see that distinction referred to here as “both conservative and radical sides.” He spends quite a bit of time developing what he means by those terms, so I am comfortable in citing for your consideration a passage in which they seem to be casually used. There are, in fact, men who aspire to return to patriarchy because they like the role and have not noticed that it no longer has a place in the modern era. There are men who would like to see the “new manhood” modeled on the traits that are more common to women. There are some feminists—not, Stearns is always careful to say, “feminists as such”—who don’t see the point in men or in masculinity at all. In preserving a place for himself in the middle of the scale, Stearns rejects all those. 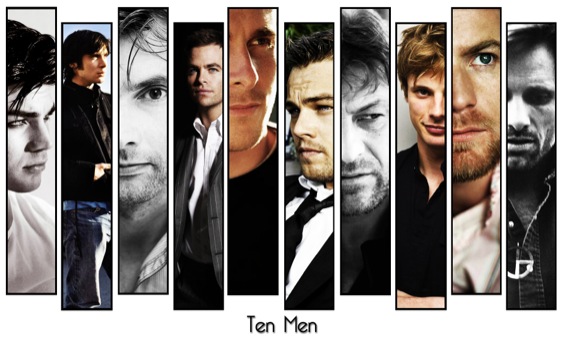 The second point I would like to make about this passage is captured in the expression, “Most men, however… clearly do not want sweeping reconstitutions.” Let me urge you not to get caught up in this assertion as if it were a too broad generalization about “men, as such.” This book is a research project, not an editorial: Stearns has a lot of information about what men have been saying about gender and the future and he cites it as a scholar would. But further, that’s not really how I am using this statement and I’d like to have you look at it the same way I am looking at it.

Stearns is asking here, whether some new sweeping set of norms can be sold to American men. If you haven’t read a good bit of this literature—and I have—you don’t know how unusual this is. The question of “what men are like” is commonly dealt with as a moral matter. Are they salvageable brutes or unsalvageable? Given all the mess they make, are they worth having around at all? And then there are the child rearing questions. What new norms of masculinity will rescue young male children from the fate of being like their fathers?

The question Stearns is asking here is “Are you going to be able to sell the new norms to men?” That strikes me as a crucially important and very seldom considered question. Stearns answer is “No, you won’t be able to sell it and you shouldn’t try.”

So…Stearns is my “gender roles guy,” and he has been for quite some time. He’s a centrist and I like that. He explicitly rejects the “howling in the forest” school of men’s liberationist thought as well as the “make them as much like women as they will tolerate” school. I like that, too.

He sees positive values within the modal male personality although integrating them in a personally satisfying and social useful form will continue to be a challenge. I like both of those.

He understands today’s gender dilemmas in the long sweep of history. There is an ebb and flow to gendered relations that is obscured by people who live in ebb periods or flow periods and take either of those as “the way it las always been.” Stearns provides historical perspective. And I like that, too.

[1] I spent most of my reading time in the first edition, which was published in 1979. The revised edition (1990) extends the argument somewhat but the basic perspective is still the same.
[2] “My guy” isn’t necessarily a man. Arlie Russel Hochschild is “my guy” for the study of emotions. I like how she studies and who she studies and also how she writes.
[3] My guru for biblical studies is Raymond Brown, for theology and politics, Reinhold Niebuhr, for systematic theology, Gordon Kaufman. I don’t have a guru for fields of study in which I have actually been trained myself, although in each of those fields there are many writers I greatly respect.
[4] Stearns uses “paternal” as the name for the style he thinks must be maintained and “patriarchal” for the role that history is rejecting. It is very much like him to save a man-related word as a goal for which men should still strive. He doesn’t think much of androgyny as a goal.