In his column of August 12, which is an important contribution to today’s debates, Frank Bruni introduces Professor Mark Lilla, of Columbia University. Lilla comments that “classroom conversations that once might have begun, I think A, and here is my argument, now take the form, Speaking as an X, I am offended that you claim B.

It was that phrasing, I think, that caught my imagination.  I felt like I had just seen a horror movie.

Lilla has liberals in mind, because liberals are the ones that have been boxing his ears lately and Bruni cites him because these same liberals have been boxing Bruni’s ears, too. Today, I would like to reflect on the reasons that arguments can be set aside because they aren’t being made by the right people.

Like so many other “truths” of our time, this one is true as far as it goes, but it has gone too far. Later in his column, Bruni says that “race, gender, sexual orientation [and] class” inform…how we see the world. That is true, of course. It is true of every person; it is true all the time. It is true of the person making the argument and the person refusing to hear it. It is true. 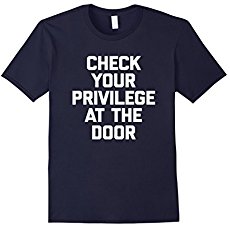 Bruni also agrees that the “check your privilege” exhortation rightly asks us to recognize that. I know that when I make an argument, the argument is affected by who I am and the experiences I have had and the same is true for you. That is as far, I think, as that truth should go.

But it doesn’t stop there and in this column, Bruni looks at some of the places it should have stopped, but did not. [1] He tells about a scuffle just up the road from me at the Evergreen State College, where “a white biology professor, Bret Weinstein, disparaged the particular tack of a day of racial healing. He raised valid points, only to be branded a bigot and threatened with violence.”

Bruni wrote about that incident and then he, in turn, got this: “I don’t need one more white male criticizing young people of color.” But I think maybe she does. If Weinstein was treated unfairly, then this reader—I am imagining her as a young woman of color—urgently needs people like and unlike herself to call attention to the unfairness. The idea that Bruni has no right to his views because he is of the wrong sex 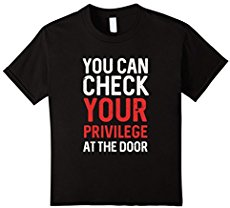 and color don’t sound right to me. Didn’t we write some things in the Civil Rights Act of 1965 about disparaging people because of their sex or color? Is that why it sounds familiar?  Clearly the dueling tee shirts point the direction of our future.

And I think this small, but important truth, should also have stopped before it came to this event, too.

Mark Lilla…got a big, bitter taste of this last year, too. He was scheduled to give a talk at Wellesley College on “Identity Is Not Politics” and someone scrawled on a poster advertising the talk: “White men: stop telling me about my experiences!”

But what if Lilla did not want to talk about her experiences? What if he wanted to talk about whether the commitment to identity politics has been good of bad for the Democratic party? There would need to be at least two positions, with at least one proponent for each. And who should these proponents be? They should be people with no sexual orientation, no country of origin, no race, no partisan affiliation, etc. Does that leave anyone? Because using this identity politics filter, who you are—that’s the race and sex and all that—makes what you have to say worthless. “Oh, you’re just a..[fill in the blank].  Or for upperclassmen, “just another [fill in the blank.]  Upperclassmen have heard it all before, you see.

Later in the article, Bruni cites with approval the work of Phoebe Malz
Bovy, author of The Perils of Privilege. You need to be careful to “check your privilege at the door,” says Bovy and Bruni agrees. I agree too, but privilege is not uniquely distorting. It is just especially obnoxious. Ignorance and hatred and apathy are all distorting, too, and I would dearly love to see them checked at the door.

I think these instances are ugly and that is why I have cited them. But even more ugly to me, and I say this as a former professor [2], are the “classroom conversations” Lilla points to that take the form of “Speaking as an X, I am offended that you claim B.” Lilla says that the form of assertion precludes much more useful forms, such as “I think A and here is my argument.”

That second form, which was once taken for granted in universities, leads to a comparison of assertions and the facts and logic that sustain them. There is, of course, room to do all that badly and I have seen it done badly, but even when I see it being done badly, I know that it could have been done well. Of the first form (Speaking as an X…), I have nothing good to say. Not only is “what I say” set aside without any consideration of its merits, but even “the way I know things”—therefore potentially anything I could know—is set aside as well.  Here again, it is the parallels in this set of pictures that attracted me. 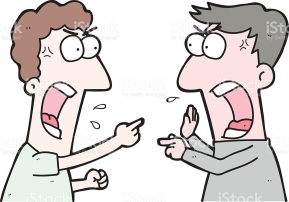 whatever you say both on the grounds of “how you know things” and also “what you know.” Those are just aspects of “who you are.” And I could. Now the two of us, completely heedless of the worth of anything the other might say, stand there and waste each other’s time. [3]

And then there is the flaw—the really hideous flaw—contained in the first part of the formula: “Speaking as an X…” The racism or classism or sexism (take your pick) embedded in that formula is truly awful. It begins with “we are all alike.” All of us white Ivy League professors are alike and all of us Hispanic agricultural workers are alike and all of us stay-at-home Moms are alike. That’s just how it begins. Everyone in any of those categories would reject that, to be sure, but it is firmly implicit in “Speaking as an X…”

Of course, you are not just an X. You are also a Y and a Z. Will you claim the right to speak for all the members of all those categories, or just for the people who, like you, are X and Y and Z? And then, of course, you are not all the X’s, you are just one particular X and you are unique. So maybe speaking for yourself would be a good idea.

And as bad as it is to claim that your personal identity is dissolved without residue into the category X, it is even worse that you have invited me to claim that I am a Y, just a Y and nothing more. And that is a separate and additional offense.

So…clearly, I need to bail out of this argument before it achieves escape velocity.  The short and simple point is that identity politics presupposes identity rhetoric–not personal identity, which would be bad enough, but group identity–and destroys the basis for any dialogue we might have had.

[1] It is striking that in writing this article, Bruni feels compelled to stop and identify himself as gay. I understand why he would do that, as a rhetorical matter. He is going to be lecturing “victims” and he wants to establish his own credentials as a victim before he dos that. Still, his need to make that claim for himself seems odd in the setting of this particular column.
[2] So…you know…my experience is distorting my judgment.

[3] Unless, of course, I am the teacher in this setting. In that case, it would be my job to teach about the erosive character of that whole orientation toward dialogue.