Gifted, the story of “The Continent Uncle” 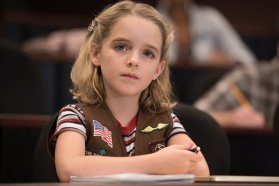 Let’s get the invidious comparisons out of the way right here at the beginning. McKenna Grace is much cuter than Matt Damon has ever been. OK, having said that, Good Will Hunting is a much richer movie than Gifted. Both explore the dilemma faced by a brilliant kid who wants to life a normal life. Matt Damon plays a punk from South Boston; McKenna Grace plays Mary, a little girl with no social skills whatsoever (no friends either) being raised by her uncle in Florida.

Thematically, they explore the same ground.

Which brings us to the multiplex. “Multiplex” [1] is the metaphor I have been using lately to convey the idea that when you walk in to see a movie, there is a virtually unlimited number of movies you can see, sitting right there in your chair.

When Bette and I went to see Gifted yesterday, I already knew what “the plot” was.[2] I 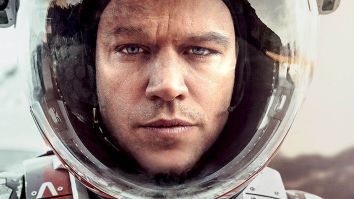 had read the synopsis and seen a preview. But I also knew that sitting there in my chair in the theater, I could see any number of other movies. It occurred to me when we went in that I might be about to see a movie about a “gifted” uncle, who is raising a little mathematically precocious girl in pretty casual circumstances in Florida. I was ready to see that movie and it would have been a really good movie. I might see that movie when I go back to see Gifted again. I could call it The Gifted Uncle.

But the movie I did see is not one I was prepared for at all. I saw The Continent Uncle. Who would have thought it? If you can see the “contain” in continent, you will understand that this particular uncle (Frank Adler, played by Chris Evans) has something he would like to do—a very hurtful thing, it turns out—and all through the movie, he is able to contain himself. And even at the narrative climax, when he does this hurtful thing, it is the least hurtful thing that will redeem the situation, and therefore the most gracious action available to him.  Frank is a really good guy.

Frank Adler has a document in his possession. He is the only one who knows he has it. It will be devastating to his mother (Evelyn Adler, played by Lindsay Duncan) and he has, all along, refused to hurt her in that way. Audiences are not told about this document and we have no idea there is one or what it could mean, but in fact, Frank Adler’s refusal to let out even the tiniest hint of what he has in his possession, is the most powerful theme of the movie, The Continent Uncle. (It is not the major these of the movie, Gifted, or the movie, The Gifted Uncle, which is the one I thought I was going to see.)

It is awkward, I grant you, to say that the most meaningful part of the movie is watching the main character not doing somethin 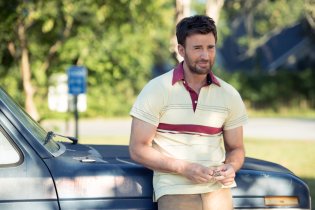 g. But if the climax of the movie is Frank’s slamming the document down on the desk in front of his unbelieving mother, then his doing nothing about that document all through the movie is enormously meaningful. You just don’t realize it at the time.

Now it may be, I confess, that I am a sucker for this kind of theme. I saw the same thing in The Intern where Ben Whitaker (Robert DeNiro) withholds from us, the audience, and from every character he runs across in the movie, a vital fact about his life. And when you find out what that fact is, what you want to do is to go back through the movie paying particular attention to the times when he could have revealed this fact and did not. We don’t see him strain under the effort of “not saying,” just as we don’t see Frank Adler straining under the effort of “not revealing” the document.

But when you think about it, all those moments of “not doing” become very significant, so far as understanding that plot is concerned, and very powerful emotionally. At least, they did for me.

My way of exploiting the multiplex (see Welcome to the Multiplex, April 6, 2017) is as follows: 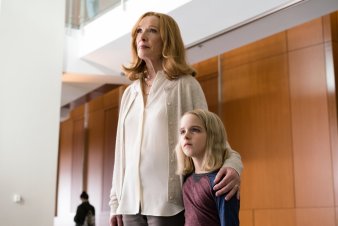 I have no way of knowing, of course, what movie you will see when you go to see Gifted. You may want to go back and see Good Will Hunting again. I did.  You may attach the principal meaning to the mother and the relationships she has had with her husband, her son (Frank) and her daughter, Mary’s mother. This particular movie is about her relationship with her granddaughter, but Evelyn is a “one interest at at time” sort of person. “Very English,” says her continent son Frank, and there is no reason you can’t just give yourself permission to see the story that stars her and her aspirations, if that is the one you want to see.

Or, if you prefer, you can see the story with the next door neighbor, Roberta Taylor (played by Octavia Spencer). She is a wonderful friend to Frank and a truly exceptional teacher for Mary and she never has, so far as the movie shows us, a single concern for herself. She is entirely invested in the lives of others and that would make a pretty good movie too, if that is the one you would like to see.

Do see Gifted, though. And while you are there, any of those other movies that takes your fancy or that takes over your whole experience.

[1] It just means “many-fold,” (not manifold). It ought properly to be an adjective in most cases.
[2] And virtually none of the plot is going to be revealed in this essay, so you can read it with a clear conscience if you are a “spoiler alert” sort of person. I am not.