Biases, folded in and folded out

Where on earth did we get the idea that we ought to be unbiased? Or that we could possibly be unbiased? I have never understood that. [1]

There was a time, not all that long ago, when everyone in the village was expected to hold the same views, particularly about “us” and “them.” Now we are beginning to formulate a standard that holds the each of us should have perceptions and lines of reasoning and conclusions of fact and value that are based on extensive study. That is, in fact, what being “unbiased” would require.

How on earth did we come to such a place? 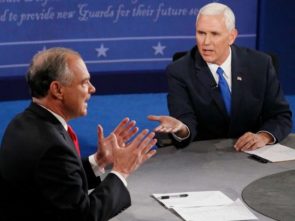 Emily Badger has a really interesting column in the New York Times for October 6 in which she refers to the term “implicit bias” as “one of the newest chew toys in the presidential campaign.” At the level of actual discourse—Ms. Badger was referring specifically to the Vice Presidential debate between Mike Pense and Tim Kaine—here is what all the chewing comes down to. Kaine represents black voters who have everything to gain by pointing out the extent of the bias against them. Pense represents white voters who are sick and tired of being accused of having biases they don’t even know about.

I find both of those views entirely understandable, but then, I can afford to. I am not seeking the allegiance of any voters at all. I would really like to see a long-running and profitable public discourse on the status of ethnic and racial minorities or of sexual minorities (of the two most common gender statuses, that would be men) or of old people or fat people.

Shall we start the conversation by determining just who is biased? Here’s a comment from Emily Badger’s column.

The science of how this submerged bias affects your actions is still a work in progress; studies have found a link between the biases and specific actions in some situations but not others. But because this bias is a function of universal human psychology, researchers say, we all experience it — and you can’t exactly get “rid” of it.

So I’m biased and you’re biased. How shall we begin the conversation? Could we, possibly, begin with the biases that have effects on the kind of conversation we could have? Let’s see. I think you are African-American and therefore stupid and lazy. You think I am a white person and therefore a racist and a bigot. Does either of those sound to you like a good place to begin a conversation. I would say a conversation that starts there is doomed before it even begins. 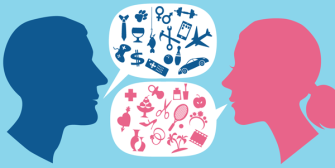 does sound silly. On the other hand, it is a step forward—a step toward an enduring public conversation—better, that is, than debating whether we have any biases or not. This silly exchange focuses on what the effects of the biases are, which is a conversation worth having, rather than whether there are biases.

So here’s an idea that would work really well in interpersonal conversation. I am going to attempt to ignore all the biases you hold, including some that you treasure, if they do not impede the path of the conversation. You will do the same. There is now a subset of all our biases that will need to be recognized and dealt with—likely a very small subset.

Maybe an example would help. You and I want to have a conversation on how to counteract every influence on academic performance at our local grade school except interest and ability, Kids who like learning (in any of the modes it is offered at our local school) will do better than those who do not. Fine. Kids who are really smart will do better than those who are not. Fine.

Needless to say, the fact that you are a right-leaning Trump supporter and I am a left-leaning Sanders supporter, now sagging back onto the Clinton team, will also be set aside.

That’s my program for interpersonal conversations where there is a common goal. In the setting I just described, there are two common goals: one of ends and one of means. The substantive goal is that we change the educational climate of the local grade school which your children and my children attend. The procedural goal is to have the kind of conversation that enables us to settle on a program of action and pur 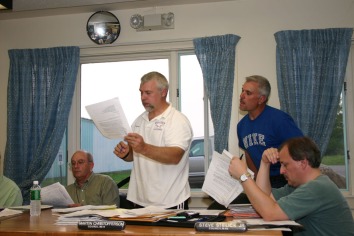 sue it over time.

Conversations in groups can follow this same sensible protocol PROVIDED that there is agreement on the ends and the means AND there is someone in the group who will call attention to the inevitable violations of the norms the group agreed to honor.

That would be an astounding achievement in the current political and social climate, but you may think I have lobbed a softball up toward the place just so I could hit it out of the park. So let me rephrase. You are asking the participants in this group to collaborate with evil people—under ordinary circumstances, “the enemy”— and to be complicit in conversations full of lies and slurs and half-truths and massive ignorance of the facts.

Yes, that is what I am asking. And further, I am asking that this be done over and over, at conversation after conversation, until the job we share is done. That means that just “enduring” these conversations is not going to be enough. If participating in one such conversation uses up 10% of your reserve, how many of those do you think you can take before you bail out. [Hint: the correct answer is considerably less that 10: you don’t bail out when you have used up your resources but when you see that you are going to.]

Only one step to go. Let’s go back to Mike Pense and Tim Kaine. Let’s imagine that neither of them is a bigot or a nanny—neither one who believes in vile racial stereotypes or one who takes it on himself to punish lapses in political correctness. They could still say exactly what they said in the debate because they are trying to mobilize indentifiable sets of voters. It’s their job.?

I’m not proposing any of those. I’m just trying to illustrate how far we would have to go to affect the partisan morality plays that fill up our campaigns.

Or what if the rabble-rousing we left to marginal parties. Let me offer a homely example. Car dealerships in Oregon are now advertising that their sales force are salaried. What does that mean? It means that they are not required to strong-arm customers in order to make a living. They can afford to be courteous and knowledgeable because they are going to receive their salaries whether they sell you any cars or not. [2] This is an opportunity to demean the dealerships when a customer walking onto the sales floor is treated like a piece of raw meat.

Following that same logic—you can call it snobishness if you like—the major parties, currently the Democrats and the Republicans, will identify themselves as the “salaries sales force” kind of organization. We argue for the superiority of our candidates and our platforms, but we don’t treat our opponents like enemies and we don’t appeal to the base instincts of the rabble. They do—those “fringe parties”—but we don’t. 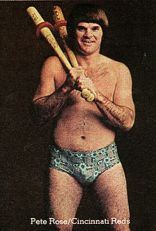 Or imagine that the standard of behavior of major league baseball players was very high and those of minor leaguers notably lower. When the minor league player is called up to the majors, he does not want to flaunt his ignorance and naiveté. He wants to behave “the way we do it at this level.” He wants to look like the guys he knows belong in the big leagues.

So the fringe parties—whether Marxist or environmental or nutritional or xenophobic—are free to bash and slash, thereby identifying themselves and their programs as bush league. [3] But if they were to aspire to serious social standing, if they wanted a place at the table, they would have to act like the grownups.

Please note that is proposing these changes, I am not asking for anyone to be better than they are. I am not asking for a raising of moral standards or a return to the public probity we associate with a bygone era. I am asking only that people continue to do what works. I am proposing a social setting in which “what works” is less noxious to the participants and less toxic to the republic.

So…I’ll tell you what. Indulge in all the implicit biases you have and all the finger-pointing you like so much—provided that it does not impede the job you and your colleagues are trying to do. If there isn’t anything you are trying to do, you might want to ask why that is.

[2]  I am not describing here how sales people who don’t sell cars are treated by their employers.  I am describing the appeal of that way of pitching the company.

[3]  No offense is intended toward either of the Presidents Bush or to the recent Republican candidate for his party’s nomination.