The time it takes me to go from “having an experience” to “having “a kind of experience” has gotten perilously short. I don’t think I have put anyone in danger yet, but the transition from the one to the other is getting quick and I want to tell you about it.

“Kind” in “kind of experience,” is a word that presupposes categories, each of which 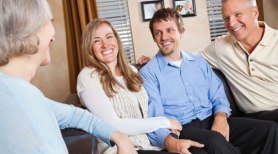 contains [1] objects or events. When your seventh son brings home a girl he is interested in, you do not say, “Wow! What’s going on?” You say “I think these are getting easier,” which places this event into the category “all such events,” meaning what it was like when the six older brothers brought their girl friends home. I don’t have seven sons, myself, but I can speak for these parents. It is extremely difficult to take this seventh iteration on its own terms! Your mind goes to the category and to this event, the seventh girl friend,  as an instance of the category. It isn’t fair to the son or to the girlfriend, but first sons have special difficulties too and I think it all evens out.

I want you to imagine “the first time you have an experience.” Hard, isn’t it. It’s like “the First Annual Something,” where “annual” expresses  nothing more than the organizer’s hopes. At about the third time, if it is a highly scripted social event, like getting fired from your job, or dissed by your teenage daughter, you see the similarities and you start talking about “events like this one.” If it isn’t so scripted, it might take a few more, but eventually even the dullest will notice that these experiences are a lot like those and begin to invent a name for the category.

OK, enough from the nosebleed level of social theory. Let me tell you a story my father used to tell. There was a man in a little town who was so ugly that kids with nothing better to do would taunt him when he passed and call him names. It’s hard to see this clearly at this part of the story, but the kids are doing “what kids do” in a situation of this kind. Or that, at least, is what they would tell themselves if they bothered to think about it.

Well he really was ugly, but he wasn’t stupid. He stopped to talk to the kids and he said that it was really inconvenient to be called names out in public like that, but if they would come over to his house to call him names, he would give them a dollar each every time they did it. Free money just for being a jerk! WhooHoo! 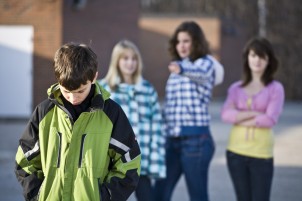 So they did it for a few days and then the man said that times were a little tough economically and although they were doing everything they promised, he would be able to pay them only 75 cents each from now on. It’s still free money. Later, he reduced it further. When he got down to a dime for each kid, there was a rebellion. “What! You expect us to come clear over here to insult you for a measly dime? We’re done with this deal. Goodbye!” The old ugly man waved goodbye as cheerfully as he had done everything else and smiled quietly to himself.

How did that work? The ugly man took one category of events, the kids harassing him because they could, and turned it into another category of events—wage labor. With the notion of wage labor goes the idea that you are doing what you are doing because you are getting paid for it. A whole new motivation: entirely implicit; completely effective.  Here is that interaction between the experience itself and the background expectations that make the experience understandable.

At the crucial moment in such transitions—I am just about to tell you one of mine—the question, “What is happening here?” or sometimes “Why am I doing this?” gets asked. When it gets a different answer than the one you were expecting, you get the feeling Wiley Coyote gets when he runs off a cliff and doesn’t start falling until he notices that he isn’t standing on anything anymore. Here was my Wiley Coyote moment last week and here’s the way I described it when it happened.

I’ve been using the same torn towel for days now. It isn’t torn very much; there is a little notch on one of the long edges. I am quite sure that if I toweled off with that edge taking most of the tension, the towel would rip further. After that, it wouldn’t take very long for it to become a pile of rags.

“Not much of an event,” you say? Probably not worth writing about?

You might be right, but let’s consider first what categories this event might fall into. Is this a defective towel? Have I been too hard on it in some way—brought it into contact with a sharp edge, perhaps? Maybe after a long and useful life in the service of desiccation, it has reached the age of retirement.

All those are possible. None all that interesting.

As I was mulling my towel with the notch, it occurred to me that this is not my towel. This is a towel provided by Holladay Park Plaza, the retirement center I where I have lived for nine days now.  [2]At the moment that thought came to me, I felt my perceptual field shifting.

All that in the twinkling of an eye; all that about something as inconsequential as a damaged towel—a towel, by the way, that I have been using successfully for several days now. I have moved from an environment wholly of my devising and largely my responsibility [3] to an environment of someone else’s devising—and for which they are responsible!

And I had no notion of that change—not a change of experiences, please note, but a change of the categories that give meaning to the experiences—until I realized that the torn towel was not my problem. I didn’t cause it. Probably. I don’t need to fix it. THEY need to fix it and they will be happy to if I just mention it to them.

I am convinced that “life,” i.e. the aggregate of meanings we assemble, is controlled by moments like this.  People who solve a problem by changing the environment (alloplasts) and people who solve it by changing their own behavior (autoplasts) are distinguished entirely by what category the experience gets placed in.

It intrigues me that changes that are so crucially important to the kind of life each of us lives happen so fast that we can’t even say just when they happened–that intrigues me and I hope that you will catch sight of it, maybe out of the corner of your eye, from time to time, too.

[1] Or “is made up of.” It’s a linguistic argument I am competent to recognize, but not to participate in.

[2]  Actually a month and a day on the day I am posting this.

[3] Just to make things easier, I am going to skip over Bette’s part in making the environment what it is.