Does a Marriage Ever “End?”

I have had occasions where I felt I needed to explain what kind of a married man I am/was. Here is the distinction I chose: I am romantic, but I am not sentimental.

When I read Lucy Kalanithi’s account in the New York Times (the hyperlink is given below) of her “continuing marriage” to a man who had just died, it seemed odd to me. Today, I want to push at the boundaries of the experience of bereavement just a little and see if it pushes back.  The picture below illustrates why I want to be careful in what I say.

I have had experiences that bear on this question. In the late 1970’s I watched a marriage 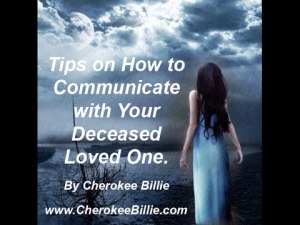 Having had those experiences of “ending,” I would like to reflect on how I now understand them and to place my understanding next to Mrs. Kalanithi’s. If one is to mean that a marriage “never ends” in the sense that the effects of having been married to that particular person never end, then certainly that is true. I will always be affected by having been married to these two remarkable women and the wonders continue to pile up in my current marriage.   But I don’t really think that is a plausible implication of the notion “marriage.” Those marriages, I would say, are over even though their effects linger.

After the memorial service of my second wife, her daughters—women who had been my stepdaughters for nearly a quarter of a century—went through her clothes and jewelry and took, with my blessing,  anything that was meaningful to them and then I took the rest to the Goodwill store. Those clothes meant a lot to me when she was in them. I was as romantic about her as anyone (including her) would want me to be, but the clothes she would never wear again didn’t mean anything at all to me and I was happy to have them out of the house. I was completely romantic about my living wife, but I did not hang onto any sentimentality about her clothes.

Here is a passage from Ms. Kalanithi’s column in the New York Times.

One night recently, alone in bed, I read “A Grief Observed” by C.­S. Lewis, and I came across the observation that “bereavement is not the truncation of married love but one of its regular phases.” He writes that “what we want is to live our marriage well and faithfully through that phase, too.”

I had read A Grief Observed many times before my wife died. In fact, I had read it many times before my first wife and I divorced. But, of course, I read it with a new focus after I watched my wife die. I learned that I experienced the death of a beloved wife differently than Lewis did. Lewis tends, as I do,  to use the language of his Christian faith to do his thinking.  But I learned that as similar as his faith language is to mine, his experience as a widower was very different from mine. He felt different things and he placed what he felt into his theology in a different way than I did.

So when Lewis writes that bereavement is “not the truncation” of married love, I have no idea what he is talking about. Do I still love my wife, who died nearly thirteen years ago? No. Do I remember her fondly, treasure memories of my life with her, thank God for the privilege of having lived so long with such a remarkable woman? You bet I do.

Here is the next section of Ms. Kalanithi’s column.

Yes, I breathed. Bereavement is more than learning to separate from a spouse. Though I can no longer comfort Paul, the other vows I made on our wedding day — to love Paul, to honor and keep him — stretch well beyond death. The commitment and loyalty, my desire to do right by him, especially as I raise our daughter, will never end. And I am keeping another final promise.

So the vows she made on her wedding day apply equally to the living husband Paul and to her memory of Paul? That’s how I read that. [3] She promised to comfort Paul, to love him, to honor him and to keep him. She says she can no longer comfort Paul, but she holds onto her commitment to love, honor, and keep. 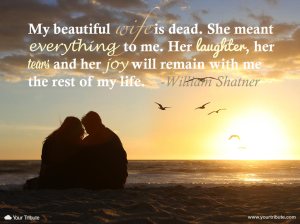 Those are not words I would use about my wife. I honor her memory and so on, but that’s all I can do. Unless, possibly, Ms. Kalanithi is using those words to mean the same thing she says in the next sentence. What if she means that she will continue to honor her desire to “do right by him?”  I want that too, of course, but what does it mean?

That brings me to the other fragment of Lewis’s statement Ms. Kalanithi quotes: “What we want is to live our marriage well and faithfully through that phase too.” That sounds good to me, but again, the phrasing is crucial. Here is what I think Lewis means: “I want to live our marriage…through the phase of [bereavement] and I know that is what you would want if I were to die before you.”  I like every part of that. If you don’t intend to treasure all of your wife who is left to you after her death, then you aren’t loving the whole woman you are married to during her life. And I would say the same thing taking the wife as the reference point and the husband who has died. I don’t hold very much of the marriage relationship to be symmetrical, but I do hold that.

If Lewis means that there is a “we” who continue to interact so as to accomplish the joint project of the loss of one of us to death, then I have to step off the bus. When she died, I lost my partner. I lost the person who proposed ideas to me and I to her; the person who helped me think through how to proceed on a plan. [4] There is no more “we,” as I understand it.

On the other hand, I do continue to feel bound by commitments I made to my wife before she died. I chose “bound” as a word to represent my continuing commitment to her interests because it is an action I took. I actively foreclosed reneging on those commitments. To me, that is a way of honoring what we had, who we were. [5] It is not a way of honoring “her” today, much less “our marriage” today.

As I look back on my two major losses, I would say that I grieved the loss of my first marriage poorly. I think I did as well as I could at the time, but I was angry and disoriented at the time. I think I grieved the loss of my second marriage well. I loved her well in her health and in her sickness. I mourned her death. I cherish my memories and I am grateful for the time I got to spend with her. But the marriage is gone and I don’t feel sentimental about it.

Because I am not a sentimental person, I was free, when I met Bette, to make a commitment to her. I was free to make the same wedding vows I had made twice before. And, in addition, we made wedding “promises” that captured our own sense of who we were and who we hoped to become. If Bette dies before I do, I will mourn her richly. I will live through the bereavement. I will continue to be grateful for the time I got to spend with her. [6]

So does a marriage ever end? Of course it does. Honoring the memory of commitments made and kept is something to look back on with pride: even a commitment to be “each for the other, a fountain of wonderful and unpredictable gifts, freely and generously given….a matrix of generosity and compassion, of understanding and acceptance.” [7]
[1] I know now that for a married couple headed toward divorce, there is a complex set of views, none compatible with the others, that needs to be taken into account. There is his view and her view, of course. But there is also a rub between the inner feelings and the inner understanding. The inner feeling says things like “I just can’t take this any more,” or “What the hell is going on here?” The inner understanding is society’s understanding, but applied to yourself.  All I am saying in this essay will draw on my memories of my own bewilderment when the feelings and the explanations cannot be brought together.
[2] I am married to Bette. I decided, after I started this essay, to use Bette’s name on the grounds that she is the only wife I have and that she makes up a great deal of my current life, while the memory of earlier marriages makes up a very small part of my current life.
[3] If Ms. Kalanithi believed that Paul was just as much alive as ever, but not in any bodily form, then the case for continuing to honor their “marriage” would mean something different. But then, “widow” would also mean something different. Or it might not mean anything at all.
[4] She told me what kind of memorial service she wanted and I promised her that is exactly the kind that would be held. And that is what happened. But notice the past active indicative form of the verb “wanted” and that I am forced to shift into the passive subjunctive to say that is the kind that “would be held.” That’s the difference. That is bereavement.
[5] It does not imply, of course, that she and I agreed on everything. Sometimes I did things I would not have chosen to do had they not been important to her. I don’t do those things anymore. The commitments I made to her, I still keep The compromises have all come unglued.
[6] On January 6, 2013, I wrote and posted an essay called “Borrowing Bette.” The title was playful because Bette is a librarian, but as I got into the body of the essay, I realized what I was saying; I felt the weight of it for a little bit. Then I read it to her and we laughed and cried together and if she were to die before me—that would not be my first choice—I would be ready to continue to celebrate how wonderful our time together was.
[7] That is the way I phrased my hopes for the marriage in my first letter to Bette. We had known each other a month and I had begun to hope that this could become something wonderful.