Particularization is the equation of some specific means of need satisfaction with the need itself. The genesis of particularization is habit, or conditioned response. A person who has satisfied a need in one particular way since childhood is likely to have only a vague awareness of the need; his vivid consciousness will be of the familiar means of satisfaction. When feeling needful, he thinks instantly of the usual mode of fulfillment, bypassing recognition of the need itself. The effect is to confine his understanding to a specific pattern of response. So long as the habitual means of meeting a need are adequate and readily available, there is no problem. 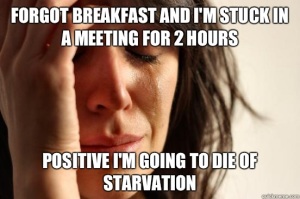 20s, I did not construe that last line—”so long as the habitual means of meeting a need are…readily available”—in age related terms. Imagine that a young man might say that there is nothing that clears his mind and readies him for a new project better than his daily dose of preparing for this next marathon. I was in my 40s when I ran my first one. Now imagine someone in his late 70s (me) with bad knees (me) reaching out for this old and familiar way of coping.

When the old ways fail (they do, trust me on that) and the old ways are all you have because means and ends have been welded together in your thinking, then you have a difficulty to deal with. The solution, of course, is to separate ends and means so that new more…um…”age-appropriate” means might be used to achieve the same old familiar ends. What the young runner casually identified an “a handy stress-reduction strategy” meets the Putneys’ “equation of some specific means of need satisfaction (the training) with the need itself (stress-reduction).

What the Putneys want us to do is to stop long enough to identify the need itself. “Hmmm…,” the not too adjusted American might say, “it looks like my stress levels are too high and I need to choose, from the means available to me, one that will have the effect of reducing it.”

Here’s an example they use.

To take an extreme example, men learn to satisfy their thirst by drinking liquids, a highly satisfying method. But many a shipwrecked sailor drifting without fresh water has died of thirst without recognizing the possibility of chewing the juices from raw fish. Failing to comprehend that behind his usual satisfaction lies a basic need which could be fulfilled by unfamiliar means, the deprived person engages in exhausting but futile attempts to secure a form of satisfaction that is no longer available.

The sailor has not taken the trouble to distinguish the goal (satisfy my thirst, replace 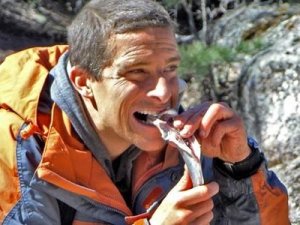 bodily fluids) from the means most often chosen in the past (drinking liquids). So “I am thirsty” leads without so much as a mental flicker to “I need a drink of water.” As I note that the water I need is unavailable, I don’t say, “Let’s see, what other means might achieve that same goal.” Instead, I say, “Well, I guess I will just have to die of thirst.”

Not to associate being old with being ship-wrecked, of course, but in so many cases, the distinction needs to be made. I am going to look at two. In each case, I have associated the need with one means of meeting that need and the association s so tight that it would take the crowbar of extreme circumstance to pull them apart even enough for me to see that they are two things.

All this is classic “fish-chewing.” Running was efficient because it met all three needs at once, but each need can be addressed separately by a host of means—PROVIDED that I can bring myself to see that the need (fluids, in the fish-chewing example) and the means (chewing, rather than drinking) are separate. There are other ways, for instance, of burning off calories and many other ways of not taking in so many calories that I have to burn them off. 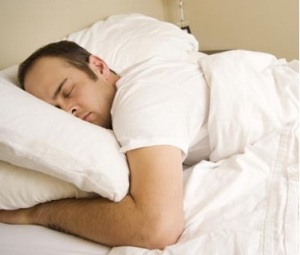 But do you need all that sleep? [2] Is “sleep” the best way to define the need? Or is it like “a drink of water” at sea where there is not water to drink? I’ve decided that I need “rest.” I wouldn’t try to define it, but what I mean by it is “the kind of mental and physical relaxation that will take me through the next half day. [3] If “rest” is what I need, there are quite a few less demanding ways to get it and while all them run the “risk” of going to sleep, none of them really requires sleep. I’ve wondered sometimes if it doesn’t work the way my computer works—you turn it off and then turn it back on and somehow it works for a while.

Here again, it is the distinction between the means (sleeping) I always associated with the need (being rested) that is crucial. You can actually get rest just by wanting it, which makes it a lot less anxiety provoking that “needing to sleep.” And it works, usually, by some means I don’t understand and sets me up for another half day of what I do with my time.

The genius of Putney and Putney’s focus on “particularization” is that when you have separated the means from the end, it turns out that there are lots of other means available. And, of course, exercising and sleeping aren’t the only challenges old men face. We really weren’t designed to live as long as I have already lived, so it isn’t surprising that things just stop working.

And when they do, I say, “So…what is it I really need?” Are there other ways to meet the need if I can bring myself to think of it in a different way. I like that.

[1] The notions underlying the book are exciting. What is a “normal neurosis?” Can a society be “neurotic?” Are we “adjusting” to things we don’t need to or shouldn’t have to? The first three chapters, from which I will take their notion of particularization are superb. I have been using the for fifty years by now. The rest of the book just cranks out the formula applied now to one topic, now to another.
[2] We do need to dream. I’m not going to try to fight that. The studies are really clear. And to dream, you need to sleep. All I’m talking about is the sleep you need to do the next day’s work.
[3] I’ve also found that I can be less anxious if I only need to last until my mid-day nap. Half an hour is usually enough to carry me through the rest of the day.