Why do Matthew and Luke have infancy narratives?

The consensus among biblical scholars is that both Matthew and Luke had copies of Mark before them when they composed their own gospels. Mark starts his account with the baptism of Jesus. Matthew and Luke apparently looked at this way of beginning the story and said, “Maybe there’s a better way.” What did they have in mind?

I’d like to consider that question from Matthew’s point of view this year. [1] Matthew 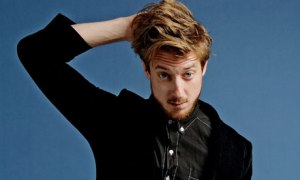 How would that work? Yesterday, I was writing a sentence about Victoria Roubideaux, a character in Kent Haruf’s wonderful novel, Plainsong. I started it like this:

As I was editing it, a shorter way of describing Victoria’s past came into my mind. I could say that she was “despised and rejected.” Then I paused for about a nanosecond to locate that language in my mind and then I had to laugh at myself. It is a line from one of the “Suffering Servant” passages in Isaiah, chapter 53. It isn’t obscure either because Charles Jennens, who organized the texts for Handel’s oratorio Messiah, made it familiar to nearly everyone.

So, in the middle of my thinking about Plainsong, I had to stop (not very long) and ask whether I wanted my readers to cock their heads and say “that sounds really familiar…oh yeah, it’s from Isaiah.” Of course, that’s not what I wanted, so I didn’t use it.

But what if I had wanted that? I don’t have to say, “As was predicted by the prophet Isaiah…” All I have to do is use the phrase “despised and rejected” and the minds of a lot of people—nearly all the ones I am writing for—will simply go that direction.
It’s easy to have fun with that response too. Some expressions are so focused and carry such an emotional charge that they mean what they mean—even if they clearly mean something else. One such expression is “get it up.” If they keep playing with erectile dysfunction (ED!) ads on TV “keep it up” may join it. So you could, if you had the 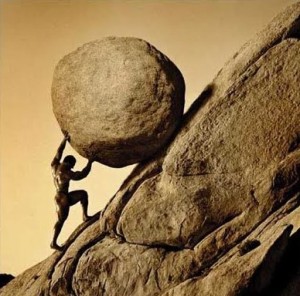 temperament for it, tell the story of Sisyphus, who was condemned to roll a boulder up a mountain only to see it roll back down. Even people who know the story of Sisyphus will be distracted if you say that Sisyphus just couldn’t get it up. You could even say he was given a boulder to roll up the mountain, but he couldn’t get it up. It doesn’t matter how you disguise it. It doesn’t matter what plausible meanings you provide for it, the electric “that reminds me of something” response will occur. [4] Trust me on that.

These are fun because they are predictable and are broadly accessible. But Matthew records that Joseph, the father of Jesus, is told in a dream to go to Galilee (rather than back home to Bethlehem) because “those who wanted to kill the child are dead.” (Matthew 2:20). It’s a puzzling verse because the only one we know about who wants to kill the little boy Jesus is Herod. If it said “because he who wanted to kill the child is dead,” we would understand it immediately. It doesn’t say that. 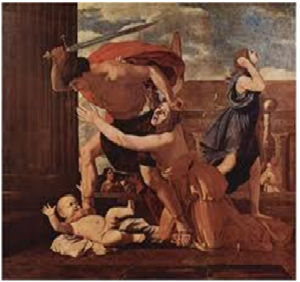 So my first thought would be that actually there were a lot of people in Jerusalem who wanted to kill Jesus. It wasn’t just Herod. And this message means that all of them are now dead. That’s perfectly plausible had Matthew’s focus been journalistic. You count how many wanted to kill the child; then you count how many of them have died. Then you send a messenger to tell Joseph. And all that might be true. We have no way of knowing.

It is quite certain, however, that Matthew’s focus was not journalistic. It was kerygmatic. It is focused, that is, on preaching. And what is Matthew preaching? He is preaching that Jesus is the new Moses. [5] That means preparing a Mosaic context for Jesus and you prepare the context by using language that makes the right group of hearers cock their heads and say, “that really sounds familiar.”

And it should sound familiar. In Exodus 4:19, where God says to Moses, “Go, return to Egypt, for those who wanted to kill you are dead.” The plural is clearly necessary here. Many translations read, “All the men who wanted…” 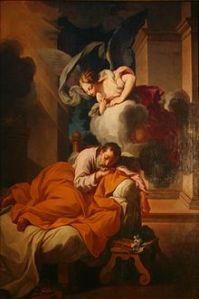 And there are lots of others in Matthew. Let’s just take one more. How about Matthew 2:15, “Out of Egypt I have called my son.” Two verses earlier, an angel appeared to Joseph in a dream [7] and told him to take his wife and child to Egypt. From a preaching standpoint, Matthew is opening the bridge to associations with Joseph the Patriarch who is the focus of Israel’s going to Egypt and to Moses, who is the focus of Israel’s escaping Egypt. It is not the journalism—no disrespect intended—that guides Matthew choice of associations. It is the preaching. The Joseph references and the Moses references and the Egypt references are indirect, under the radar ways to highlight the rich Old Testament background of Jesus, the Messiah.

I called those the under the radar associations, but when Matthew says that the sojourn in Egypt was made “to fulfill what the Lord had spoken through the prophet,” he is making a claim in broad daylight. In Hosea, 11:1 “When Israel was a child, I loved him/and I called my son out of Egypt.” There is no question that in the “son” metaphor, Hosea means to refer to the nation Israel. But there is also no question that Matthew uses it to refer to Jesus as “the son” who had been called from Egypt.

The other citation is even more fun because it is taken from Numbers 23, where Balaam, a 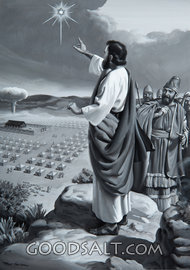 Wise Man from the East, is told to curse the nation of Israel and refuses to do so because “God has brought him [Israel] out of Egypt.” Matthew wants to refer to Balaam the Wise Man [8] because Matthew has other Wise Men in mind and he’s been telling us about them since the beginning of Chapter 2. Matthew is tying the tent, the narrative about Jesus, to tent pegs driven into as many discrete pieces of Israelite lore as he can find.

I’m pretty sure Matthew didn’t do all that just so I could have this kind of fun with it, but I don’t think he would mind.

[1] For many years, we have worked only one infancy narrative at a time at our house. It was just not possible for me to keep the stories straight. So I wound up alternating years. It’s the only way I knew to keep the Wise Men and the Shepherds from running into each other at the stable. This is Matthew’s year.
[2] We do, in fact, put four bears on the Christmas tree in the Matthew year.
[3] The “bridge” metaphor belongs to Raymond E. Brown, a charming and erudite biblical scholar. He develops the metaphor in his lectures, The Infancy Narratives, which are available from welcomerecordings.com. I do think that the image of the bridge was made a good deal more available to me by watching Spielberg’s movie, Bridge of Spies, where people from one side “cross over” into the narrative of the other side.
[4] A lot of jokes in American English play with the British use of the expression “to knock up.” For Brits, “call up”—I’ll call you on the phone—and “knock up,” meaning that you will come to the house and knock on the door are parallel expressions. In the U.S., “knock up” more commonly means “to get [someone] pregnant,” as in “he knocked Victoria up in the back seat one warm summer evening.” This also happens to English speakers who think the Spanish embarazada means “embarrassed,”when, in fact, it means “pregnant.”
[5] Matthew is the one who is going to present Jesus’s teaching in the form of “you have heard it said [in the Law of Moses] that you shall not do Y, but I tell you that you should not even do X.” That makes perfect sense if Jesus is, for Matthew, “the new Moses,” and if Matthew is going to say things like this in chapter 5, it would be good to alert us in chapter 2, which is what he is doing with that “out of place” plural, “those.”
[6] Raymond Brown’s argument, really. I don’t want to make you tired of him, but the ideas I am working with are really not mine. Yet.
[7] An association is intended between Joseph, the son of Jacob, who made his way in the world by understanding dreams and Joseph, the son of Jacob, who married Mary and who is guided by dreams. Joseph the Patriarch is the reason the children of Israel stayed in Egypt in the first place. Joseph the father of Jesus was instructed to take the mother and child to Egypt.
[8] Balaam is a “magus,” the singular form of Magi. It can be translated astrologer or magician and in most cases, it is not a positive reference.