At a meeting of the Northwest Corner Caucus recently, a medical friend of mine observed that an “insult” to the skin was so much easier to acquire when the skin had become thin and therefore vulnerable. I looked at him quickly to see if he had used the medical term “insult” specifically to bring it into line with the social term “insult” and it’s effect on the personal notion of “being thin-skinned.”

He had. Of course he had. But I had not. This is the first time it ever occurred to me that both “insult” and “thin-skinned” could be used in both ways—in both physical and psychological ways. 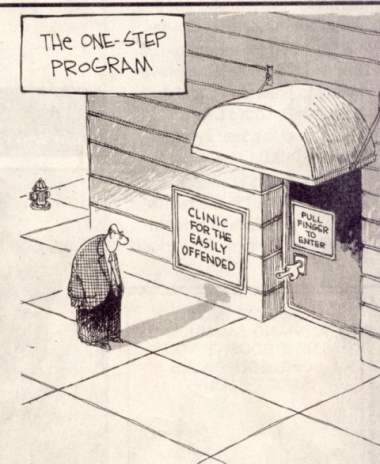 attack on the body. [1] It is likely to produce an effect if the skin is particularly vulnerable. It’s only natural. The two logical treatments are a) not going to a place where your body is likely to be insulted and b) thickening up the skin so the insult does not cause damage.

I like both of those. At my age, I have a lot more choice of settings that I did when I was younger. When you are a kid, you are thrown into all kinds of situations, some of them toxic, because there is the inevitable handling of kids in batches. Elementary school recess, for instance. When you move on to your work life, you have job—no matter what it is—that requires you to do some things and be, or to seem to be someone that you are not. Often you aren’t good at those things and you know you are going to have to pay for them later in your life. But when you are old, you pretty much get to choose the settings you like best and make of them what you want.

Considering these stressful settings as analogous to full sun, I just stay out of the sun as much as I can. That’s Plan A. I just avoid insults. Plan B is thickening up my skin so the insult doesn’t do so much damage. Here, the prospects don’t looks so good. Let’s consider actual skin first, then we will move on to metaphorical skin.

My sebaceous glands used to produce a lot of the fats that kept my skin moist, but they

seem to have gotten tired over the years. Furthermore, the increased permeability of the cell walls means that the moisture the cells used to contain, now evaporates more rapidly. And then too, some of the things we call “thin skin” are actually rigid skin; inelastic skin. It is inelastic because I no longer produce the collagen and the elastin I once did. As I said, the prospects don’t look that good. My skin is just going to be insulted more easily. I am going to become more thin-skinned.

There are, however, things I can do to save my actual skin. The epidermal cells are like a leaky boat, except in my cells the fluid leaks out and in the boat, the fluid leaks in. If you had a leaky boat, you would look around for some way to plug the leak. Skin moisturizers do that. They retard the leaking of epidermal fluid, so that the cells that make up the outer layer of skin are fatter. There goes “thin skin.” That’s to retarding the evaporation of the fluids, I now have “fat skin.”

So I am “staying out of the sun.” More exactly, I am limiting my exposure to the sun. I wear hats (sometimes) and put on sun block (sometimes) and don’t go out in the full heat of the day (sometimes). And I certainly don’t smear my skin with Johnson’s Baby Oil and lie out in the sun the way we did when we were young and invulnerable.

So that’s what I do for my actual skin. I thicken it and I stay out of insulting environments. How does that work for my metaphorical skin?

So how do those two strategies, Plan A and Plan B, work for my metaphorical skin? Pretty well, I think, and I speak as one who has always been thin-skinned. There are two ways of “staying out of the sun.” One is to put UV blocker on my skin. I’ve actually done that. I spent a decade and a half of so working in a legislative setting. I represented the interests of my agency before legislative committees and with governor’s advisers and at lobbyist’s parties—all places I would have dreaded going as myself. But I was not there as myself. That’s what functions as the UV blocker. There was no way I could do my job if I responded to the little personal taunts that go with that kind of work, but my job was to respond only the the little organizational taunts that would affect my agency. As I got used to it, I was dumbfounded to see that comment after comment that would have made me either angry or depressed had virtually no effect on me at all.

Why? Because I wasn’t there as myself. So I exposed myself to the “sun” of political conflict wearing the “sunblock” of my organizational identity. I was “the guy representing X organization” not Dale Hess. 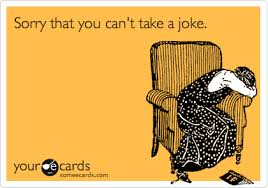 Thin-skinned people are often accused of “not having a sense of humor.” This means, as a rule, that they don’t delight in the array of interpersonal aggression that can so easily be denied by calling it “humor.” “What’s the matter” they say, “Can’t you take a joke?” The joke/insult works because they know where your skin is and they know how thin it is. But if you are not in that environment as yourself, then the joke is at the expense of someone you are not (at the moment). In some cases, that really does make it funny. They are throwing jab after jab at you and none of them are landing because “you” are not there. “That guy,” the agency rep., is there.

And as you watch it safely from your organizational vantage point, you say, “Now that really is funny.

[1] A group of us gather in the northwest corner of the Multnomah Village Starbucks most mornings. There isn’t any “membership” and there aren’t any “rules” as such, but the group does stress civil discourse and on raare occasions, polices uncivil discourse. The policing amounts to “that’s not the way we do it here.” It is also true that each of us violates those rules when we are elsewhere. It is “at the Caucus” that those practices apply.

[2] Medtalk noun Any stressful stimulus which, under normal circumstances, does not affect the host organism, but which may result in morbidity, when it occurs in a background of preexisting compromising conditions

2 Responses to Being “thin-skinned”