Neal Stephenson has done it again.  The key word in this essay is going to be “it,” apparently.  There is a cluster of notions swirling around and I am counting on “it” to hold still so I can capture a few of them.

Before we get into that, I want to tell you what kind of essay this is.  It is not about the plot of the book.  It is not a spoiler any more than the dust jacket description is a spoiler.  It isn’t about Stephenson’s technical vision, which is daring.  It isn’t about his characters which—especially the seven women who serve as the “Eves” of the human race—really hold the book together when the technovision does not.

No, this essay is about Stephenson and religion.  It’s a little dance.  He keeps denying it all, but he keeps dropping in words that belong to established religions, especially Christianity.  Ultimately, that dance is the “it” we will be spending the most time with.  It will help a great deal if you are a Neal Stephenson fan.  If not, just go read Seveneves and you probably will be.

In the first instance, the “it” in Neal Stephenson has done it again is Stephenson’s new book, Seveneves. [1]  It is HUGE.  Not so much in just the number of pages (only 862) as in the scale of the story.  In the first sentence, some mysterious “it” (they call in “the Agent” because although they don’t know what it is, it “did something,” and that’s what Agent’s do) destroys the moon, which has the effect of destroying the viability of the surface of the earth.  Part III begins, “5000 years later…”  So this is a book on the Stephensonian scale and when I said he had done “it” again, that is part of the “it” I was thinking.

philosopher king.  He doesn’t take it on himself, but he sees to it that someone takes it.  Here’s a line or two from The Diamond Age, for instance.  The Speaker is Lord Alexander Chung-Sik Finkle-McGraw..  He is “an Equity Lord” of the New Victorians phyle. [2]  “That’s the whole point of being an Equity Lord, you know—to look after the interests of the society as a whole instead of flogging one’s own company, or whatever.”

I mention it because Stephenson keeps putting characters in his books that somehow stand above—I’m going to ignore for the moment that “standing above” is the meaning of superstitious—the plane on which the other actors are working.  Lord Finkle-McGraw plays that role in The Diamond Age.  And someone plays that role in Seveneves as well.  I am arguing that the “Owners” of the bar that employs Ty Lake play the role here.

In this quote below that begins, “Maybe yes…”, the identity of “it” is a little harder to pin down—at least it is hard for the speaker, Tyuratam Lake.  The question is being asked by a young man named Einstein (no relation), who is a descendant of Ivy, one of the seven Eves.

Ty Lake answers,“Maybe yes. But without the theology, the scripture, the pigheaded certainty.”

We’ll come back to “maybe yes,” but it is very Stephensonian to dis what he would probably call “institutionalized religion” in this way.  Stephenson lives in Seattle, one of the two capitals of the “spiritual but not religious” part of the country that  Patricia O’Connell Killen and Mark Silk in their book Religion and Public Life in the Pacific Northwest call “the None Zone.” [3]

This little outburst of Ty Lake’s tells us that Stephenson is no fan of theology or of any sacred texts bearing upon that theology, and particularly not of any “pigheaded certainty.”  Ty Lake, as we will see, has a certainty of another kind and Stephenson is OK with that.

The first is that “it” has a function.  “It’s a way—the Purpose is a way—of saying there’s something bigger than this crap we’ve spent the last week of our lives dealing with.”“Red versus Blue crap?” Einstein asks.  For nearly all the book after the destruction of the earth, people live is fairly stable coalitions of good guys and bad guys.  It’s a kind of Cold War, particularly since it takes place mostly in space.  Red are the bad guys—about two and a half Eves—and Blue are the good guys, about four and a half Eves.  It is the biggest frame of reference available to us until the final tenth of the book.  So “bigger than Red versus Blue, the organizing political and cultural struggle of our time” is really big.

“Yes,” Ty Lake says, “bigger than Red versus Blue.”  The function of Purpose-with-a-capital-P is to remind us that there is a larger frame of reference that needs to be taken into account.  Here’s another look at what “larger” means.  Esa Arjun, an ally of Lake’s is fending off the curiosity of a soldier serving under him. [4]

“Sergeant Major,” Arjun said quietly, “there are more things in heaven and earth than are dreamt of in your philosophy. [5]

[Roskos]Yur snorted. “Is that a fancy way of saying it’s above my pay grade, sir?”

“Never mind,” says Yur, “I see it now. It’s some kind of Purpose thing. Above my pay grade. You should have just told me.” He drew himself up and saluted. “What are my orders, sir?”

Yur has no idea what “it” is, but he knows what kind of thing it is, so his response is to ask what orders he has that are based on Arjun’s and Lake’s understanding of what “it” is and as we will see, they don’t know.  We know so far that “it” serves the function of reminding us that as big as Red versus Blue is, there is a context much bigger that has a legitimate call on our allegiance.

That’s the first way that “it” is like believing in God: “it” has a function.  It reminds us of the larger frame of reference.  The second way is a criterion of conduct.  There are people who are worth following because they might know what the Purpose is and their lives are marked by it. 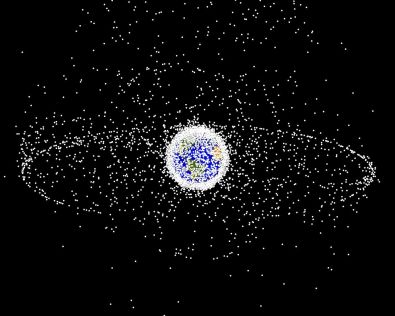 Remember now that this is Stephenson.  He would really hate it if anyone discovered what the Purpose actually was.  It isn’t a destination like Heaven or a rule of conduct like loving your neighbor.  Those are all modern by comparison.  Stephenson says—has Tyuratam Lake say—that certain people are worth following.  I would say that Lake trusts these people in the most fundamental way possible.  He “believes in” these people, meaning by that expression a profound attachment that fits perfectly well within Christian doctrine.  That is how Jesus’s disciples believed in him before they thought of him as Messiah—someone who must know something and who is worth emulating.

Here is Ty Lake:  “No one has ever told me [what the Purpose is]. I have to make guesses, based on what I see from people who act like they know what it is.”

Also: “People who claim they are motivated by the Purpose end up behaving differently—and generally better— than people who serve other masters.”

To me, there is a lot there. These people Tyuratam Lake is talking about “claim they are motivated by the Purpose.”  Some of these people are his employers, but he doesn’t give them this kind of respect because they employ him; it is this other part of them.  They claim “the Purpose.”  They do this out loud. People hear them.  The second thing is that they behave differently—generally better—than…”people who serve other masters?”  Really?  Matthew 6:24?

I think that is very cagey of Stephenson.  I think he chose that phrasing on purpose.  Even people who don’t know exactly where it came from will identify the kind of statement it is.  No modern man serves people he calls “masters.”  Stephenson wants to trigger an association.  Both Theodore and Franklin Roosevelt did the same thing with “malefactors of great wealth.”  It isn’t the meaning.  “Malefactor” just means “someone who does bad things.”  But that word was not a part of the listening vocabulary of their audiences, with one notable exception.  The criminals who were crucified at the same time Jesus was were called “malefactors” in the King James Version, the commonly available version of the Bible during their presidencies.  “Malefactors” is a  “killing Jesus” kind of word.  The direct meaning is common and safe.  The associations—never pointed to—are powerful.  I think that’s what Stephenson is doing with “serving other masters.”

Finally–third and last– there is this characteristic of “those people who serve the Purpose.”  I’m going to re-use a few lines, but they are important here for context.

“Some people—some Red, some Blue, and some ambiguous folks like the Owners of my bar—maybe even some of those kind of people”—he nodded at Deep—”seem to think they know something.”

“Do they?” asked Sonar Taxlaw.

He paused, groping for words.

“Even if they are,” Einstein repeated, “what?!”

“It’s a way—the Purpose is a way—of saying there’s something bigger than this crap we’ve spent the last week of our lives dealing with.”

Again, there is a lot here.  Consider, for instance, the capital O in “Owners of my bar.”  It is capitalized wherever it appears.  What is it about Ty Lake’s employers that makes him want to—that makes Stephenson want to—give then that capital O?  And they “seem to know something.”  And “they aren’t stupid.”  We have already seen Stephenson’s anathema on “religion:”  Religion is the stuff with “the theology, the scripture, the  pigheaded certainty.”  But these people are not stupid and the say there is something to believe in and they live lives worth of it.  Even Stephenson isn’t opposed to that.

That—really—is the “it” we have been after.

[1] Stephenson likes difficult titles.  I don’t know why.  His previous book’s title was Read Me if you followed the font and Reamde if you followed the sequence of letters.  This book is about the seven “Eves,” the seven mothers of the race who survive the burning of the earth’s surface, but there is a movie “The Seven Eves” and a book The Seven Daughters of Eve, and I think he just wanted a little space.

[2]  The Diamond Age is set further into the future than Seveneves.  The enormous power of nanotechnology has solved the problem of scarcity, or at least has severed the link between povery and nationhood.  There are no more nation-states.  There are “phyles,”—self-defined groups—and the New Victorians are on the top of the pile.

[3]  Portland, Oregon, where I live, is the other capital.

[4] Arjun’s first name, Esa, was once ESA, the European Space Agency, but it has become a common first name by now.

[5]  Hamlet.  I think that’s cute and he just drops it in without comment.  It’s the only literary reference I saw in the whole book except those glancing blows from the Bible