This is the second of five posts.  I covered the Court’s opportunity to deal with campaign reform yesterday; today, it is abortion’s turn.  All five issues and the associated cases are drawn from this article by Alan Liptak in the New York Times.

Principles are not cases.  I can say I am a liberal (I am) and look at the likely implications of that 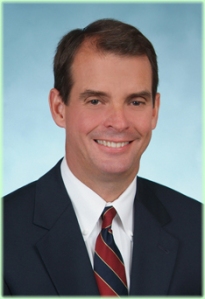 position, but when a particular case comes up, some difficulties can come up with it.  It may not be clear just what a liberal ought to want from the Court in this case.  Do the proper resolution of the case and the reaffirmation of my political ideology always point in the same direction?

My questions would be: a) being a liberal, what outcome do I expect to want; b) as I read the case, what decision seems fair and reasonable to me; and c) do my preferences for this case and my political position fit nicely together?  Might I, for instance, have to question my liberalism on the basis of this case?

This is a family sort of game.  You are all invited to play along.  Pick the ideological name you apply to yourself, read the case on www.oyez.com and choose what action you want the Court to take, and then reflect on your ideology in the light of your decision.

My best characterization of the availability of abortion is borrowed from Bill Clinton’s 1992 said abortions should be “safe, legal, and rare.”  The legality criterion means that a woman and her doctor should be free to choose the procedure they think best until the third trimester, when the state acquires an interest in a new citizen who will one day register and vote.  Since abortions will be performed, whether they are legal or not, the safety criterion requires that abortions not needlessly endanger the lives of the women who are undergoing them.  The rarity criterion meant, in 1992, that abortion ought not to be chosen very often.  It isn’t a method of birth control; it is a cataclysmic event that should be chosen only seldom.[1]

So knowing that it is an abortion question and that liberals (including me) want to see the right to choose an abortion to be protected, I would anticipate that I would want the Court to rule negatively.  I want them to tell Oklahoma to get on with the process of protecting the constitutional rights of the women of Oklahoma.

Of the two abortion cases that will come before the Supreme Court this term, Cline is more interesting.  Here is what Oyez has to say about it.

Facts of the Case

In 2011, the Oklahoma state legislature passed a bill that restricts the use of abortion-inducing drugs to the uses described on their Federal Drug Administration (FDA) labels. The law criminalizes the use of these drugs in alternative combinations, known as “off-label uses,” that have been found to produce safer, less costly abortions. Before the law took effect, the Oklahoma Coalition for Reproductive Justice and Nova Health Systems sued the state in state district court and sought an injunction to prohibit enforcement of the law. They argued that the law effectively banned abortions in violation of both the state and federal constitutions. The state district court held the law unconstitutional and the state officials appealed to the Oklahoma Supreme Court. The Oklahoma Supreme Court held that the state law conflicted with Supreme Court rulings that protected a woman’s right to seek an abortion and was therefore unconstitutional.

Did the Oklahoma Supreme Court err in holding that the state law restricting the administration of abortion-inducing drugs to the uses described on their FDA labels conflicts with Supreme Court rulings that protect a woman’s constitutional right to seek an abortion? 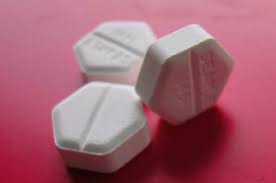 The “Cline” in the name of the case is Terry L. Cline, Ph.D., Oklahoma Commissioner of Health. [2]  Presumably, he is the person who would carry out the Oklahoma legislature’s ban on “off-label” uses and I’d guess that is why he is named in the suit.  This battle in one of the innumerable detours built by conservative states to get around the roadblock Roe v. Wade erected.  The Oklahoma Supreme Court noted that implementing this law would conflict with prior rulings of the U. S. Supreme Court and that, therefore, Dr. Cline should not implement them.

Now that I have read about the case, I look at the formulation of the question.  “Did the Oklahoma Supreme Court err…?”  My answer is Yes, they did err and they should be forced to end that particular error.  The legislature in Oklahoma, in other words, may not take away rights guaranteed to the women of Oklahoma by the U. S. Constitution (as interpreted by the U. S. Supreme Court).

I didn’t really learn a lot about my liberalism from this case.  I am not an abortion rights activist—or, really, any other kind of activist[3]–but I think the current position of the law is clear and women ought to be protected in their right to choose legal remedies.

The next issue is affirmative action.  You might start consulting your liberalism/conservatism to see where you might wind up.

[1] The rarity criterion was not met, in Bill Clinton’s formulation, but the current Republican practice of shutting down any clinic where an abortion could be performed and de-funding Planned Parenthood.  Those practices do make abortions rarer, in those states that have pursued those measures, but they don’t make them rarer in other states and they don’t make them safer at all.

[2] By the way, I chose this picture from “images” after I had googled “abortion.”  You can scarcely imagine the graphic choices I had on that page.  You may thank me now for choosing this one.

[3] With the possible exception of apostrophe abuse and expressions like “very unique.”