Why We Shut the Government Down

Today is the third day of the shutdown of the federal government.  This would be the result of a tantrum on the order of “I’m going to hold my breath until I turn blue” if there were only one government body involved.  Alas, there are more.

I count five active participants.  The “Tea Party caucus” of the House Republican caucus is one.[1]  The moderate (non-Tea Party) Republicans in the House comprise the second.  Speaker John Boehner is the third.  Republican Senators are the fourth.  The fifth is President Obama.

The classic tantrum situation is this: “If you don’t [something—I’ll say, “give me Sugar Pops for 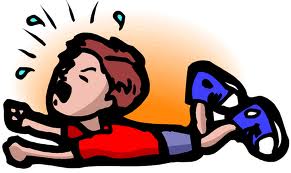 lunch, just to have an example], I’ll hold my breath until I turn blue.”  Today, I want to think about this shutdown using the tantrum model.  Then, I’d like to pivot, at the end, to a very telling and well-known story by H. G. Wells in which Speaker Boehner plays the part of Wells.

Since I am a liberal Democrat, I see the Tea Party caucus as the tantrum-throwers.  In the late 60s and early 70s, we saw a lot of left wing radicals whose avowed goal was to “bring the Mother down.”[2]  Yale political scientist Robert Dahl wrote a book called After the Revolution? in which he laid down this challenge.  “OK,” he said, “the revolution has been successful and you are now in control of the government.  Now what?”  The point he wanted to make, and for which he was widely reviled on the left, was that the revolutionary left had no political program.  They just wanted the nasty national government to go away.  Presumably, everything would be OK after that happened, as if a cancer had been removed.

The history of the postwar (Vietnam) period and the takeover of the National Democratic Party by centrist Bill Clinton dealt with the power of the hard left over the Democratic Party.  Now it’s the Republican Party’s turn.  Maybe there’s a rule of some kind that there must always be a certain number of apocalyptic revolutionaries in the country and they are allocated first to one party and then to the other.  For whatever reason, the revolutionary right is now the active faction and Robert Dahl’s question comes back to me from time to time.  OK, you win.  Now what? 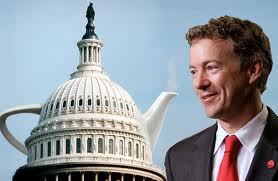 It is worth noting that this struggle is not “partisan” in the classic sense.  It does not pit the Democratic Party against the Republican Party.  The Tea Party activists were fundamentally dissatisfied with the presidency of George W. Bush and they would have been dissatisfied with John McCain and Mitt Romney.  They are probably even more dissatisfied with Barack Obama, but at their level of outrage, it is hard to tell a few extra decibels more or less.

The sugar freak toddler in my initial example is actually in a much better place than the Tea Party caucus in the House of Representatives.  The harried parent can always say, “OK, I give up.  Here are your damn Sugar Pops.”  But imagine now that this is not a toddler, but a former toddler.  This guy is now thirty years old and his implacable wrath against his parents is based on their often withholding Sugar Pops from him when he was a child.  What, exactly, do the parents do about a not-so-young man who is angry about how little sugar was available to him when he was a child?

The tool they have for expressing all this anger is passing the U. S. Budget (or not) and raising the 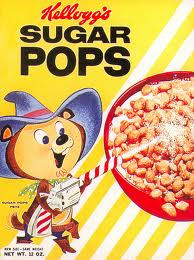 debt ceiling (or not).  And since this is the tool they have, they are using it.  The people who are in the way of their using it are in the path of an angry elephant and that is not a good place to be.

The Republicans in the House who are not part of the tantrum are natural Tea Party opponents.  I’m not really sure how they are being kept quiet, but the possible reasons include opposition in their next party primary by a well-funded and angry Tea Party candidate.  These Republicans are watching their party being destroyed, but to do anything about it, they would have to step out in front of the elephant and mostly, they have chosen not to do that.

It is worse, in a way, for the Republicans in the Senate, including Minority Leader Mitch McConnell and recent Republican nominee for President John McCain.  You would think they would be listened to because they are Republicans, but they aren’t Tea Party Republicans, so they are part of Them and not part of Us.

It is probably worst for House Speaker John Boehner who must not only endure the tantrum being pitched by these forty or so members of his conference, but who must also, on occasion, make their pitch for them.  This is a script that does nothing for him at all.  It doesn’t get the party out of the corner into which they have painted themselves.  It doesn’t empower him to sit at the grownup’s table and help craft a larger longer term budget strategy in which some very important Republican goals could be met.  Nope.  He, too, is one of those who denied the toddler his Sugar Pops when that toddler was small.

President Obama is certainly the most reviled by the Tea Party Caucus, but he might actually benefit from the Republican divisions.  If business leaders in red states conclude that they have to choose between Democrats and a stable predictable business environment and Republicans who are still throwing a tantrum, large numbers of them are going to become Democrats until the Republican Party restores a little discipline.  That would be a HUGE change in American politics, although it would probably be a short term change.  When the party restores order to its ranks, the business leaders will revert to their natural alliance with low tax free market Republicans.

Why is John Boehner doing this?  As I thought about it, I remembered a memoir called “Shooting an Elephant,” by George Orwell.  The story begins with this line: “In Moulmein, in lower Burma, I was hated by large numbers of people – the only time in my life that I have been important enough for this to happen to me.”

An elephant has killed one of the villagers and they call for Wells.  Orwell sends an assistant to get him an elephant rifle, but when he approached the elephant, he saw that nothing would be gained by killing him.  Then he turned around and realized that the whole village had come out to witness the spectacle of the white man with the gun killing the elephant.  Here is the way Orwell describes his dilemma.

And suddenly I realized that I should have to shoot the elephant after all. The people expected it of me and I had got to do it; I could feel their two thousand wills pressing me forward, irresistibly. And it was at this moment, as I stood there with the rifle in my hands, that I first grasped the hollowness, the futility of the white man’s dominion in the East. Here was I, the white man with his gun, standing in front of the unarmed native crowd – seemingly the leading actor of the piece; but in reality I was only an absurd puppet pushed to and fro by the will of those yellow faces behind. I perceived in this moment that when the white man turns tyrant it is his own freedom that he destroys. He becomes a sort of hollow, posing dummy, the conventionalized figure of a sahib. For it is the condition of his rule that he shall spend his life in trying to impress the “natives,” and so in every crisis he has got to do what the “natives” expect of him. He wears a mask, and his face grows to fit it. I had got to shoot the elephant. I had committed myself to doing it when I sent for the rifle.

Orwell shot and killed the elephant.  If you just substitute “Speaker” for Sahib and “Tea Party Caucus” for “natives,” I think you will see why John Boehner can’t find a way to respond.  If you are wondering what I think about it, I will give you the last sentence of Orwell’s memoir as my answer.

“I often wondered whether any of the others grasped that I had done it solely to avoid looking a fool.”

[1] The Republicans call their organizations “conferences,” I know, but no one seems to be talking about a Tea Party Conference, and you can see why.

[2] “Mother…” was widely understood to be an aphetic form of a longer and much more vulgar word.

[3] You don’t have to call it the Affordable Care Act if you don’t want to.  I call it P-Pac, myself, because I want to emphasize the “patient protection” part of the act’s name.  Or you could introduce a bill to deal with this Act, as Republicans did in the 112th Congress, when they put up HR 2, Repealing the Job-Killing Health Care Law Act.  That’s true.  Really.  You can look it up at www.thomas.gov if you like.

[4] He also wiggled on the question of whether commercial activity can be required, or whether it can only be regulated when it occurs.