It’s So Hard to Get Good Help These Days

It is a truism among environmentalists that it is not possible to do just one thing.  I think it is true everywhere, but environmentalists have demonstrated it so clearly and so many times that I think they deserve to be recognized for it.

Public policy, on the other hand, very often tries to do one thing.  Only.  Scarcely a bill or a regulation exists that does not have a single or a very small number of “goals,” and we are left to wonder what other effects these measures will cause and when the effects will be visited on us.

We will be working today with a notion that the authors of a recent article call “AE.”  Academic Entitlement.  Who would have thought it?

Imagine for instance, that a university wanted to become aware whenever a professor’s conduct of a course fell so far below the university’s standards that even the students noticed it.  If, for instance, the professor frequently failed to come to class or if he graded examinations unfairly or if he fell asleep during his own lectures.  I have seen that done and I am not entirely certain I have not done it myself.  The solution to this difficulty is easy to discover.  Require the professors to distribute and ask the students to complete a Course Evaluation Form.  When a number of such forms indicated that the professor missed classes and misgraded exams and snoozed during the lectures, the department or the college would have some occasion to deal with the difficulty.

What could be simpler?

Except, of course, that it is not possible to do just one thing.  When one remedy is enacted, others are enabled.  If, for instance, you begin by asking whether the lecturer dozes as he lectures, will the next level of question to be enabled be whether he is “interesting?”  Next, whether he is “knowledgeable?”

Both of those questions are troubling to me as a political psychologist because the power in the question is in the status it grants to the one who is asked to give the answer.  Both are troubling to me as a professor as well.  Let me mention a few things about “interesting” that you and I both know.  Some lecturers are more interesting than others.  Students who have invested themselves in the material before class are much more likely to be interested than students who have not.  So, as we all know, “interesting” is a word that attaches to the lecturer, but it is, in fact, a transaction between the lecturer and the student.

The second question (the professor is knowledgeable) is even more vexing.  It requires both that the student know how much the professor knows and also how much he should know.  Is that a good question to ask the people who are supposed to learning a discipline?  Would they know enough to answer such a question?

Immediately following are other issues that are opened up.  If we imagine that a student knows whether a lecturer is “interesting” (apart, of course, from his own preparation for class) and whether the lecturer is “knowledgeable,” there is the question of whether students by and large will answer these questions based on their own sober judgment, or whether they will use them to unfairly reward some professors and unfairly punish others.  If a student asks for additional time, for instance, to complete an assignment for which the deadline was last month and is denied that request and is angry about being denied and then is given a Course Evaluation form, will he offer his own sober judgment about the professor’s work or vent his anger about the favor denied?

Any questions you might have about where this leads may be addressed at www.ratemyprofessors.com.  Professors are rated there as to whether they are “good” and whether they are “hot.”  Here are two pictures I found pursuing the question of what “hot” might mean.  No one I have ever had as a colleague in my sixty y 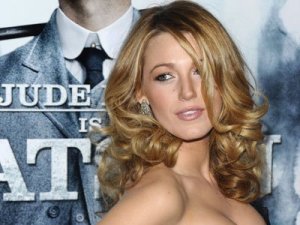 ears of teaching looks like either of these spectacular specimens.[1]

It does get worse, though, and I come now to the deeper meaning of the axiom about “doing one thing.”  When you ask a student to complete an anonymous evaluation, you have in mind collecting information about the professor and you do.  You also bestow the status of “consumer” on the student.  No one seemed to notice at the time. but treating them as customers has had, eventually, the effect of students coming to think of themselves as customers as of courses as “products” which they are competent to judge.  They come to feel “academically entitled.”   I didn’t like her class in medieval philosophy becomes a statement like I don’t like the new flavor of yoghurt.  “It,” says the student of both the course and the yoghurt, “failed to please me.”

I got to thinking about this when I ran across an article, “Self-Entitled College Students: Contributions of Personality, Parenting, and Motivational Factors.”[2]  Their concern is with “academically entitled” (AE) students.

The authors have devised a scale to help them quantify “academic entitlement.”[3]  They gave to a sample of students statements that seemed to capture the notion of entitlement.  The percent agreement you see is the combined numbers for the three favorable columns—“strongly agree, agree, slightly agree.”  I found it interesting just to see the concept specified.  I’ll put an asterisk on the ones I have faced myself.  The percent agreeing (all three levels of agreement combined) is in parentheses at the end.

1.  If I have explained to my professor that I am trying hard, I think he/she should give me some consideration with respect to my course grade.*  (66.2%)

2.  I feel I have been poorly treated if a professor cancels an appointment with me on the same day as we were supposed to meet. (41.1%)

4.  Teachers often give me lower grades than I deserve on paper assignments.* (31.5%)

5.   Professors who won’t let me take an exam at a different time because of my personal plans (e.g. a vacation or other trip that is important to me) are too strict.* (29.9%)

9.  If I am not happy with my grade from last quarter, the professor should allow me to do an additional assignment.* (17.7%)

Finally, this one got only 11.2% agreement, but I think it captures AE so very well; “ professor should be willing to meet with me at a  time that works best for me, even if inconvenient for the professor.”***

Before I close this reflection—and well before it becomes a diatribe—let me point out that nearly all the students in whom I have encountered these attitudes are students with good manners and normal temperaments.  Reading the items above, it is easy to picture mincing vixens and snarling brutes.  That hasn’t been my experience.  They are learning what the implications of the status “student” are, and the status, “professor.”  They are trying out new roles, very often coached by upperclassmen who have found that one technique or another has “worked.”  They come to me as they would come to a sales clerk who had just charged them $39.99 for a bracelet marked $19.99.  “You’ll make this right, won’t you?  It’s only fair.” they ask.

I don’t have a solution for AE.  I think it is part of the presumed self-worth of our times.  Grade inflation—at all kinds and styles of institutions have experienced this, by the way—seems to have made students feel that they are really smart.  Email has put professors in a position that only butlers were once in, receiving negative evaluations for responding too slowly to employers’ demands.  Anonymous evaluations of professors—do you think your professor is really up on the latest literature?—have caused prudent professors to court the favor of their students.[4]

It is also true that at my university, Portland State, many students are driven to requests like this who would not otherwise make them.  I teach single moms who have three kids, take a full academic load and work 40 hours a week.  One of the students in my 8:00 a.m. American government class came to class on his way home from work.  We worked together to deal with his tendency to go to sleep in class and sometimes we were successful.  It teaches students who are paying their own way through the university with the tips they get as barmaids and the night before the exam was very often a late night.

I have both respect and compassion for these students, but they are not in my class to get what I am there to give them and among them, the snarky ones feel that in the universities, it is so hard to get good servants these days.

[1] Although Daniel Hamermesch in his book Beauty Pays says that “hot” professors make about 6% more than “not” professors.

[3] The thought being, “if you quantify it now, you won’t have to qualify it later.”  I just invented that one and I am still enjoying it.

[4] Tabachnick et. al. report that 22% of academic psychologists states that they sometimes give “easy courses or tests to ensure popularity with students.”  The work is cited in Greenberger et. al. if this catches your interest.