Colleagueship at the The York Times

Probably, the New York Times doesn’t have meetings where the columnists they publish sit down around a table and talk about how things are going at the paper.  Maybe they never did.  But if they used to do that, I’d recommend that the practice be suspended, at least briefly.

Here is a brief excerpt from David Brooks’s column for May 21. 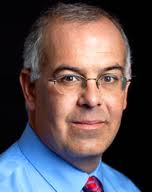 Forty years ago, corporate America was bloated, sluggish and losing ground to competitors in Japan and beyond. But then something astonishing happened. Financiers, private equity firms and bare-knuckled corporate executives initiated a series of reforms and transformations.

The process was brutal and involved streamlining and layoffs. But, at the end of it, American businesses emerged leaner, quicker and more efficient.

Now we are apparently going to have a presidential election about whether this reform movement was a good thing. Last week, the Obama administration unveiled an attack ad against Mitt Romney’s old private equity firm, Bain Capital, portraying it as a vampire that sucks the blood from American companies. Then Vice President Joseph Biden Jr. gave one of those cable-TV-type speeches, lambasting Wall Street and saying we had to be a country that makes things again.

And here is a brief excerpt from Paul Krugman’s column for May 24. 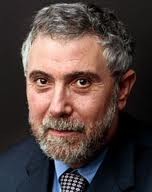 Actually, before I get to that, let me take a moment to debunk a fairy tale that we’ve been hearing a lot from Wall Street and its reliable defenders — a tale in which the incredible damage runaway finance inflicted on the U.S. economy gets flushed down the memory hole, and financiers instead become the heroes who saved America.

Once upon a time, this fairy tale tells us, America was a land of lazy managers and slacker workers. Productivity languished, and American industry was fading away in the face of foreign competition.

Then square-jawed, tough-minded buyout kings like Mitt Romney and the fictional Gordon Gekko came to the rescue, imposing financial and work discipline. Sure, some people didn’t like it, and, sure, they made a lot of money for themselves along the way. But the result was a great economic revival, whose benefits trickled down to everyone.

You can see why Wall Street likes this story. But none of it — except the bit about the Gekkos and the Romneys making lots of money — is true.

Let’s see now.  We know that David Brooks is not “on Wall Street” and Krugman gives us only two categories to choose from.  So I guess Brooks is one of Wall Street’s “reliable defenders.”  And the “fairy tale” Krugman is “debunking” is the previous column of his colleague at the New York Times, David Brooks.

Oh well, maybe they laugh about it over a beer afterwards.

2 Responses to Colleagueship at the The York Times