Since the COVID pandemic hit Portland, I have been doing  unusual amounts of two things: teaching Bible study courses and watching forensic pathology shows on TV.  Eventually, the one had to start affecting the other, and that is what this essay is about.

One of the first I got really hooked on was Silent Witness.  Amanda Burton plays Sam

Ryan, a pathologist who is forever at odds with the police.  The police have a really good idea what the pathologist might discover that would strengthen their case.  Dr. Ryan has to keep her own focus very sharp and has to defend herself against the pressure from the police.  If she does that successfully, she will find what is there and not find what is not there, no matter how convenient it might be for the police.

It’s hard to do.  The pathologist is always making judgments about how much bruising there is, by comparison with what might be expected, given the other evidence.  The core temperature determines the time of death, which is crucial for establishing the alibi of some and destroying the alibi of others.  And in the midst of all these people and their legitimate interests to care about, Dr. Ryan has to make the best judgment she can.

The police are always saying something like, “Was this bruise made by a baseball bat?” and Dr. Ryan is always having to say that the bruise is consistent with the kind of bruise that a baseball bat would make.  Or a pipe.  Or a pool cue. “Consistent with” is a good deal less than “caused.”  The police tend to prefer “caused.”

The Bible studies I have been teaching have reacquainted me with all kinds of reasons to find, in a text, things that “need to be there.”  If I am the forensic pathologist in this modest little allegory, the people who are urging me to find something are the police.  They know what their case needs and they want to be sure I find it.  I’ve noticed two flavors of such demands.  The first is what I call “the journalistic fallacy;” the second,” the theology constraint.”

The heart of this demand is the notion that the biblical accounts we are studying are accounts of what actually happened.  The accounts we have, in other words—the resistance provided by Israel’s judges, the exploits of the prophets, the ministry of Jesus, the growth of the church—were composed by people who were there and who are trying to give us a factual account of what they saw and heard.

I don’t look at it that way.  The sequence I follow can be easily seen in this phrasing: who said what to whom and why?:  Placing this sequence of questions onto a gospel account, I would ask what writer (A) wrote what text (B) with what audience (C) in mind and hoping to achieve what purpose(D)?  For example, I would argue that Matthew (A) identified the scribes in Herod’s palace as “scribes of the people” (B) in the gospel he wrote for his congregation composed of Christians with Jewish and also with gentile backgrounds (C) in order to inculpate the Jewish people in their opposition to Jesus (D).

Now as someone who reads a lot of biblical scholars, I know that every single link of that chain can be challenged; but I like it because it focuses so narrowly on what the passage says.  And when the author announces that his purpose is conversion or reassurance, we emphasize that over simple description.  That’s why we ask about the purpose of the passage and the audience.

The mistake the journalists make is to treat symbolic accounts as if they were factual accounts.  The theology constraint begins on the other side.  There is a point of theology that matters a great deal.  That is why we are sure that this passage—the one we are considering today—does not undermine that claim and in fact supports it completely.  The theological claim defines the area of possible meanings.  The passage could mean anything that falls inside, but it could not mean anything that falls outside. And this is an understanding we bring with us as we begin to study the passage.  It is, in the most literal sense, a prejudice. 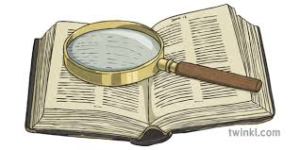 Christology is an area where this difficulty often shows up.  People with a very high Christology, people, that is,  who need for Jesus to be fully equivalent to God the Father during his the earthly ministry, will have trouble with some scriptures.  They will refuse to accept passages that presume some weakness in Jesus.  “Surely the passage can’t mean that,” they say, “because they Jesus would be less that God.”  That’s why I call it a constraint.

This is the approach taken by the police in my forensic pathology allusion; there has to be some remnant of poison in the system because otherwise, how can we argue that his wife poisoned him?

I start at the other end.  What does the passage say and, as nearly as we can work it out, why?  The theology will take care of itself.  The passage needs our best efforts.

This whole comparison starts with the forensic pathology shows.  They make the work of the pathologist central and come very close to aligning it with equity, truth, and beauty.  If the shows were designed from the standpoint of the police, we would find pathologists with impossibly high standards for a diagnosis, clearly impeding the cause of justice.   I know I have cheated a little by making my approach—don’t draw any conclusions the text will not support—the star of the show, but I haven’t cheated very much and putting truth before law enforcement seems like a good risk.