Boredom: A Sermon to Myself

Since this is a sermon and since I come from a tradition where sermons are, nominally at least, based on texts, I have a text to offer.  This comes from Neal Stephenson’s Anathem and it is said to be a saying by a very wise man named Orolo. [1]

Boredom is a mask frustration wears.

Intriguing, isn’t it?  I misread it the first several times because I am more accustomed to wise sayings that would say “the mask.”  Boredom is “the mask,” not “a mask.”  The saying as it actually occurs is a good deal more complicated.  “Frustration,” it says, may wear any number of masks, of which one is “boredom.”

Why would frustration wear a mask?  Is boredom a more acceptable face that frustration?  Who is to be fooled by the mask you wear?   Those questions are where my mind went the first time I read the saying and where it goes still. 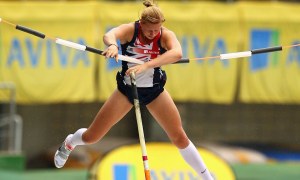 To get at this, I would like to push a little at the word “frustration.”  Lately, it has been treated as if it were a feeling.  It used to mean “failing at something,” especially being prevented from achieving something.  That seems to me a more useful meaning.  It is about actions taken.  You tried to do something and you were prevented from doing it successfully.  As in this pole vault.

And, in fact, that is the way the New Oxford American Dictionary (NOAD), the one that came bundled with my computer, puts it: “the feeling of being upset or annoyed, especially because of inability to change or achieve something.”  Here frustration is a feeling.

But the NOAD also gives, as a second meaning, the one I like better: “an event or circumstance that causes one to have a feeling of frustration.  They offer the example, “the inherent frustrations of assembly line work.”  Here frustration is an event. [2]

I much prefer this second usage.  “Each time I tried, I was frustrated.”  But the second definition presents an additional problem in the context of today’s sermon, which is that this experience you have “causes” the feeling you have.  I get really uncomfortable when I hear that experience A causes feeling B.  I don’t mind hearing that it can or that it did, but that it “does” is troublesome.

You know yourself that sometimes failing at something inclines you to feel one way and sometimes another, so it is hard to agree that a given experience does, in fact, cause a certain feeling, don’t you think? 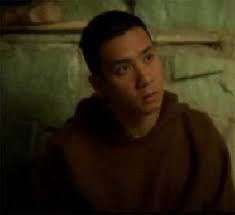 So let’s return to Orolo’s axiom, considering frustration as an event; it is the failure to achieve something you were trying to achieve.  Does that help us see why boredom would be a less harmful way to cover the effects of that frustration?

Not really.  It would be easier for me to picture anger as the immediate response.  And, after repeated frustrations, maybe sadness.  Those are emotions that keep the link with your efforts and their failure.  This is someone’s idea of what Fra Erasmus, the narrator of the story, looked like.

But “boredom” doesn’t do that.  Accepting boredom destroys your link to the project that organized your efforts.  You can say, if you are bored, that you are waiting for the interest to come back, but if interest is a function of intention (frustrated or not) that’t not going to do it.

Calling boredom a mask, suggests that it covers what is real.  I think that is true in the sense that the story the mask tells obscures the reality, but it is not true in the sense that it does not help to hold the reality in place.  If this kind of boredom is a mask, it is a mask the affects what it covers.  Imagine a mask that reconfigures your face.  That is the kind of mask boredom is.

If this is a sermon—and both the reliance on a text and the exegesis of the text suggest that it is—then perhaps I ought to close with some practical suggestions.  I have three.

First, be willing to catch yourself at it.  Boredom is a display (hence “mask”) intended to deceive others, but if you let it have its way, you will be deceived as well.  If you are willing to catch yourself putting on the mask, it will be instantly clear to you that there is a reality you are just about to cover up and it would be a good start to find out what it is.

Second, use the frustration as a chance to assess the viability of the project.  When you 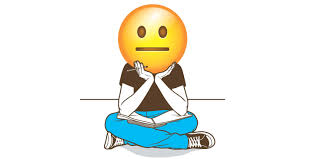 are entirely taken up with the strategy and tactics of achieving a particular goal, it is hard to consider at the same time whether it is a viable goal. Persistent frustration of your efforts (failure to achieve the goal) is an excellent time to consider whether is a good goal for you to have.  A retreat into boredom will not do that for you.  A frustration that leads to reconsideration can be helpful.

Finally, boredom is passive.  If you doubt that, or if you are principally a visual learner, I suggest that you google “boredom” and select [images].  All the pictures that search will call up are pictures of people not doing anything.  Anything you can do to move from passive to active is going to help and what you can do right now is to be hyper-alert for the opportunity to act.  I have thought of this in two ways.  The first is a becalmed sailboat where the pilot is alert from moment to moment for the slightest breeze to which he can respond.  The second is a car with all-wheel drive where the car chooses (senses) which wheel has the best traction and sends the power to that one.

Even in the sailboat example, there is something you can do now.  You can maintain a vigilance that will alert you to even the slightest breeze.  You can’t make the wind blow, but it costs a good deal to be sensitively aware that it might begin to blow.  There is a reason they say that “attention” is something you can “pay.”

Anathem is a rich and challenging book.  In selecting one minuscule sliver of this tome, I know I have not done it justice.  And it isn’t a book for everyone, but every time I re-read it, I like it more.

[1]  Orolo is a monk, for all practical purposes, but philosophy serves the function in this world that religion would serve in a world of monasteries.  Orolo belongs to the “mathic” world, the world of learning, not the religious world of faith or the secular world of power.  Mathic as a name for that world falls easily into English because mathēmatikos, the Greek word which serves at the vehicle to bring the notion into English means “inclined to learn.”

[2]  The example “frustrations of assembly line work” tilts in the direction of the things you would like to do or are trying to do and at which you fail because of the assembly line.