The First Ten Years, Part I

My first blogging platform was Blogspot. I shifted over to WordPress, where I am still, on July 6, 2011. My first blog on Blogspot was called Blog 1. It was a little etymological rooting around in the word “blog.”  That was occasioned by the fact that I had no idea where the word came from and wanted to get a little more comfortable with it.  [2] That post was 263 words long, including the title and the date.

My first blog on WordPress was “We can make him better than he was.” It was a response to a New York Times article about how many “conditions” are being redefined so as to make them “treatable” by new pharmaceutical products. It was only 458 words long, but it did contain a hyperlink to the Times article.  As I look back, that seems pretty advanced for me.

Although I had no idea what kind of thing a blog would be for me. Bette proposed it as

the solution to a problem I was already acutely aware of. It was that I wrote essays from time to time and was curious about how this friend or that one might respond. I was reluctant to send these essays to people who might turn out not be interested and who might feel obligated to read them. So Bette said, “Why don’t you just start a blog? That way they can read it if they want and won’t feel obligated.”

I had an early premonition of the weight a blog might become: the sense that there were things I “really ought to write about.” I chose the name—the dilettante’s dilemma—as a way of reminding me that I didn’t want to do it that way. I wanted to write about the things that caught my eye, the things that intrigued me for one reason or another. Odd posters, or obscure jokes, or wonderful new ideas [3] or quips or even grievances.

I chose “dilettante” partly because it is nearly always used pejoratively. “Only a dilettante; not really serious.” My idea was that if I claimed it as an aspiration, it would be hard for anyone to accuse me of it. But I also chose it partly because I learned that it derives from the Latin verb delectare, “to take delight” in something. I had in mind writing about the things that delighted me and I have done that. I have also expanded that “delight” to topics I am driven to write about and also to topics that are not clear to me. About this latter category, it would be fair to say that I write about them to see what I think. 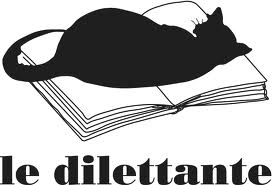 After a few years, I changed my calendar. I invented “the blogging year” for myself. Because I spent some time around the legislature in Oregon, I got accustomed to different calendars for different purposes. So the January to December calendar was just a default setting. I started my blogging calendar (BY 2020 began in December 2019) so that I could more or less start fresh with the church calendar. So every year, I get to “turn the page,” in a sense, and start with Advent. I write a fair amount about Advent, so it was a natural place to start a new “year” of blogging.

Since then I have responded to a lot of momentary stimuli. I saw the names of the major virtues (framed and hung on the wall) held by the Providence Healthcare System. That tickled me so I wrote about it. I saw a picture of Liv Tyler, who played Arwen in the Middle Earth movies. She looked absolutely stunning in a modern—a non-Tolkien, non-Peter Jackson—outfit and hairstyle, so I wrote a post called “Man looketh on the outward appearance.” It was a reference to 1 Samuel 16:7a, but clipped out so as to mean something entirely different.

There are a few other topics, like “Movies,” , like “Love and Marriage” and like “Getting Old.” Really, whatever is going on in my life. In Part II, I’ll talk a little bit about some of those essays.

[1] Of course, “here” now means east of the Willamette River, a fraught designation in Portland, Oregon. I didn’t move across the river until 2016, but way back in 2010, I learned that you can’t put ordinary footnotes into a blog text. That is when I adopted this bracketed number style for footnotes.
[2] I discovered that it was a contraction of “log” in the nautical sense along with the b- from “web.” So…really…weblog.
[3] I learned two important things from writing about my new wonderful ideas. The first is that most often, they weren’t new at all. The second was that I got to keep all the elation that comes from discovering them myself because I did discover them. It was wonderful. I just didn’t discover them first.

1 Response to The First Ten Years, Part I