Since I’m writing this on Tuesday morning, I have no idea what will happen in all those primaries. What I want to happen is pretty clear to me though and I think this might be the right time to think about it. 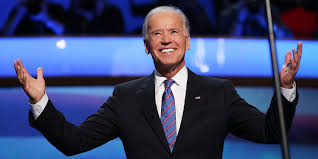 The Democratic party is split again. There was a time when Democrats were notoriously disorganized at the national level. [1] It was this phase that caused Will Rogers to quip, “I am not a member of any organized political party. I am a Democrat.”

The Democratic party under FDR and his successors were dominant; a ruling party. But that was achieved by uniting “the solid South” with the “liberal North.” It was a great way to win elections, but when it came to policy choices, it tended to split north and south.

Then the Republicans managed to do what would have amazed Will Rogers: they organized the Democratic party. The “Southern strategy,” Lee Atwater’s strategy to appeal to Southern racism trading, by his calculations, five white votes for every black vote they got. Obviously, this shift of “the Solid South” from being solidly Democratic to being solidly Republican, changed the Democrats. They were now—finally—integrated on policy questions. Rather than being “the liberal wing,” they were now “the liberal party.”

The current split, the one that is now stressing Democrats, is between the programmatic left (democratic socialism) and the left of center pragmatists. You can see that split in the orientation of this year’s candidates. Bernie Sanders and Elizabeth Warren represent the programmatic left. The leader of the centrist pragmatists today is Joe Biden Jr. We’ll see how things are on Super Wednesday.

Implicit in this one split are several subordinate choices. One is how important it is to defeat Donald Trump. Every Democrat and at least one Independent wants to beat Donald Trump, but is it worth taking a risk? If Trump is massively unpopular, unpopular at the Goldwater in 1964 level, it would be the perfect time to roll out the new agenda and start trying to look like Finland. If we are going to win anyway, let’s not blow this opportunity.

If Trump looks like he is going to make a very close race, then the risk of allowing him another four years is a big time risk, and the first job is to defeat him and take the Senate. Democratic socialism is a great idea, but first let’s make sure the Democrats are back in power. That means appealing to the swing voters and consolidating the core Democratic programs. 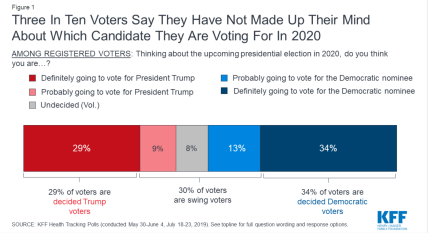 A second consideration is what used to be called “coattails” and is now called “down-ticket effects.” It is the effect the top of the ticket—we are interested now in presidential candidates—will have on candidates for other offices further down the ticket. Some candidates are personally popular, but don’t have a positive effect on candidates for House and Senate from their own party. Some lead a wave of pro-party voting.

That’s what I want. In this time, when the goal of conservatives is to keep government from operating at all, a candidate who won the White House but did not add 5 or 10 points to down-ticket races is not the candidate I want. I want to see, particularly for the Senate, a real improvement in the prospects of Democratic candidates given that X is at the head of the ticket. I’m just solving for X on this dimension.

Finally, the dynamics of the election will be entirely different, depending on who the Democrats nominate. Trump is an angry candidate. He appeals to the anger and resentment of his base. Sanders is an angry candidate, too, and while I wouldn’t say his base doesn’t have resentments, they have aspirations too. That would be two warriors standing at the top of huge pyramids of supporters and whanging away at each other.

A Trump v. Biden race would be another kind of thing entirely. People like Joe. He is

very strong in the very group—white men without college degrees—that has sustained Trump. If he won that group, he would be ripping the heart out of the Trump coalition. It seems plausible to me that he would help out other Democratic candidates, but I’m willing to wait and see what the polls show.

I really like the idea that the Democratic convention might be called upon to make a choice this year. The choice would not be only of candidates for President and Vice President, but also a choice of direction for the near future. If they still televise conventions, I might want to watch this one.

[1] Oddly, some very well-organized local Democratic machines were operating at the same time the national party was working with paper clips and tape dispensers.