It used to be that I stayed up till all hours and still felt time-starved, none of the day seemed to be metabolized into living.  Now the minutes make me strong.

Here is my text for the day.  I am not entirely sure why it had such an impact on me, but I am sure I would like to think about it a little and what better setting than a blog?

Russell Hoban wrote Turtle Diary in 1975 and divided it into chapters given alternately to the two main characters, William G and Neaera H. [1]  William G. and Neaera H. “tell the same story” in the sense that their alternating chapters cover the same period of time, but their accounts are distinctly different because they are such different people.

Both characters are at a loss in their lives; they are virtually inert.  And, by means of a scheme they hatch and carry out together, they are moved decisively forward.  The scheme is to steal two turtles from the London Zoo and set them free in the Atlantic to go where they need to go.  Neaera also falls in love with the turtle keeper and it is after that, that she says this about the minutes making her strong. 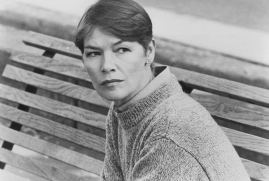 I think that will be enough context for a reflection on this text.  Neaera H. is a very successful writer of children’s books about cuddly little animals.  That kind of a vocation leaves her with a great deal of unstructured time, which isn’t that bad when she is writing well and successfully, but she seems to have run out and nothing makes the minutes hang on you like having to write (she has a contract) and being unable to.  Glenda Jackson as Neaera H.

That is why she has been “staying up all hours” and still felt “time-starved.”  We know, because of her description of how wonderful things are now, that none of that time got “metabolized” into living.  To use a food analogy, Neaera H. has been consuming lots of minutes, but nothing has been turning them into energy—nothing has been metabolizing them.

It sounds simple.  Whatever it is that makes up all those dead hours, is turned into energy for living by normal metabolic processes.  Of course, it isn’t that simple because “living” will require that she know who she is and what she needs and also that this “energy” (dead time metabolized) be invested in meeting those needs. [2]

Freeing the turtles meant taking a lot of risks she wasn’t use to taking.  That opened her up to some new things.  One of those things is that her whole professional life has been consumed by writing children’s books about very safe little creatures like Delia Swallow and, as she says dismissively, “that lot.”  She has been part of “that lot” herself, but stealing and releasing the turtles was not safe.

And George, the turtle keeper lives a lucidly clear effortless kind of life.  He “doesn’t mind living,” he says.  Neaera H. may never have seen such a life—ever—and to see it as part of her great and unlawful adventure with the turtles gives her a whole new perspective.

Is is possible, she wonders, to use all that time, for the purpose of living.  She decides that it is possible when she notices that she is actually doing it.  She looks with new eyes at her cluttered and meaningless apartment and throws a lot of her stuff away.  She writes the first fresh and authentic paragraph she has written in many years, looks at it, and calls it “a start.”

It is not quite true, as Neaera H. says, that “the minutes make me strong.”  It is what she does with the minutes that makes her strong.  It is her new focus and her new openness to life that breaks those minutes down and synthesizes them into something meaningful.  A much less interesting way to phase her point would be: the way I use my minutes makes me clearer and living with that clarity makes me stronger.

And put in that form, I know exactly what she means.

[1]  In John Irvin’s film of the same name ten years later, he cast Ben Kingsley as William G and Glenda Jackson as Naera H., so I do know what they look like.

[2]  William G. has the same problem, in a way, but all the outward manifestations of that problem are different than Neaera H.’s.  William G. lives in a boarding house will a bully and, in deciding to confront the bully, he mutters to himself, ”You can’t do it with turtles.”