A barista at Starbucks pronounced her good wishes on me as I left the store this morning with my hands full of Bette’s coffee and mine. “Happy New Years,” she said.

I know this is going to sound crabby and I want to take just a moment to say that I am not feeling crabby. I’m just curious about how language works and especially how it changes. [1]

Why, for instance, do sportscasters say that a hitter “reached” in the third inning? I think 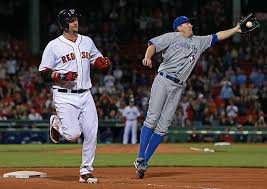 Most people who say “Goodbye” don’t understand that it is a severely contracted version of “God be with you.” This contraction followed the same process as “reached” except that it wound up being used as a single word rather than a truncated phrase. It could be represented in writing as “Go(o)d b (e) [with] ye.” Goodbye. No one is confused.

So I am imagining that there are so many occasions where the possessive “year’s” is used that the way the word is heard by people who follow the sounds of words more than the sense collapses the possessive into the plural.  So “new years” rather than “new year’s day” becomes an expression of its own. The possessive (’s) is translated into a plural (-s) as if many years were being celebrated and the speaker wishes for you that they will all be happy ones. [2] 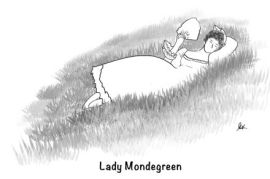 The fact is that the language we use every day—unless the setting of your life is one where the accuracy or the beauty of language is, itself, something to be valued [3]—works as long as it is good enough. “Good enough” is a very forgiving standard. People know clearly, or can infer quickly, what you probably mean and that is good enough. You can even point to an oil filter and say “carburetor” and the person you are with can say, “You mean carburetor.” and you can say, “Of course. What did I say?”

So…really, it works. I take my barista’s good wishes to heart and I begin to prepare to replace my old and much loved 2018 pocket calendar with a brand new and promising 2019 calendar.

[1] Now, “crabby;” if you are looking for crabby, I confess that I did tell this barista—but not until she asked—that the order of the adjectives on her doughnut tray is wrong. It says “Old-fashioned glazed doughnut” when it should say “Glazed Old-fashioned doughnut.” “Old-fashioned” is a shape of doughnut and “glazed” is what they did to the surface of it. The natural order of adjectives in English is remarkably stable. If you have any doubt about that at all, I have an exercise for you. Take these trait names—the order here is random—and give them to five friends. They will all effortlessly and without thought order the adjectives in the same order. How about: dog, black, large, mean, and pregnant.
[2] There is also a phenomenon in popular songs called Lady Mondegreen. A “Lady 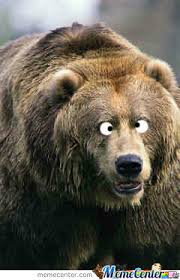 Mondegreen” is the construction of an idea based only on the hearing of it. American writer Sylvia Wright coined the term in 1954, writing about how as a girl she had misheard the lyric “…and laid him on the green” in a Scottish ballad as “…and Lady Mondegreen.” I, myself, had trouble as a boy in church hearing the expression “gladly the cross I’d bear” as anything other than Gladly (you know) the Cross-eyed Bear.” I have since seen tee shirts featuring images of Gladly.

[3]  In which case, I offer you my sincere congratulations and I hope you are as grateful for the privilege as you should be.