And don’t forget to put the milk in the icebox

One of my favorite slogans is “Rising Above Decline” I first ran into it in a study of what to do with excess school space in Boston and they meant simply that the school age population was decreasing, so the need for school space was decreasing (decline) but that all that extra space could be put to good use (rising above decline). But I have declined a good deal myself since then and the slogan has come to mean quite a bit to me.

I want to reflect today on the stages of life. I’m sure no one will ever do it as well as Shakespeare did [1] but I have something else in mind. I want to look at the presuppositions of the normal periods of health, decline, and disability, But I want to start with the day my mother died.

iconically funny moments. Mother had seen a doctor for her regular checkup that day. On her way home, she stopped to get some groceries, including some milk. When she got home, she put the shopping bag on the table, put the milk in the refrigerator [3], went into the living room, turned on the TV, lay down on the sofa, crossed her ankles, and died. Just like that. But first, she put the milk in the…um…icebox.

That’s really where I want to get to. That’s the last stage in my list, where strength and intention are directed to goals that have immediate value. But when you get to that stage and you pause and look back over the route you have taken to get there, you realize right away that things have been different in the past. Of course, you say, they have been physically different because young bodies are different than old bodies. True, but that’s not what I mean. I mean that the presuppositions—the things you don’t look at because you take them for granted—change from one age to another. [4] Let’s look at that a little.

The categories I am thinking of are: a) youth and health, b) first illness/disability, c) later disabilities, more frequent or more serious, and d) extensive compromises with illness/disability. So the question as it shows up for me is, just what are the presuppositions of each stage? When older people sigh, “Youth is wasted on young people,” all they really mean is that the young people are taking for granted states that older people are working hard to retain or  just trying to remember clearly. These states are presupposed by the young. They look right past them and plan on how best to use their resources, given, of course, that they are healthy, which goes without saying.

That presupposition is put even further out of conscious reach in the second stage in which you get injured or sick and then recover. You look at the picture of disability as an episode in an otherwise whole and healthy life. You might feel grateful, for a little while, to regain the full use of an injured leg, but you life goes back to normal and you count on the leg to function “normally.”

“Normal” is brought into question in the third stage for two reasons. One is that there are more such episodes and the other is that you don’t ever get all the way back to where you started. You are in the era of “substantially recovered,” but no longer in the era of “back to normal.” This is the state at which the presuppositions are called seriously into question. Now you need new goals or possibly just different ways of pursuing the old goals. This is the time you really need to give something up. It isn’t, as it was in the previous stage, that “recovery” is going to take longer. Recovery is never going to happen if you define it as returning to your old times or your old heights or your old Yards After Contact.

The presuppositions here are still about intention and effort and achievement, but you don’t take the old standards for granted anymore. You give serious thought to the new standards: what should they be, can they fully engage me, are they the best balance I can strike between what I aspire to and what I have to leave behind?

But what you get, if you are serious and wholehearted about the new goals, is a new 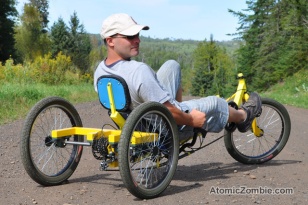 round of satisfactions and successes. I can go back to teaching if I teach two courses instead of three. I can get back on the trail because I can still run on soft surfaces, but running on the hard surfaces of my neighborhood are a thing of the past. I can rejoin the book group with the understanding that the “discussions” are now going to include detours of personal reminiscence and repeated stories. It’s “back” you see; it just isn’t all the way back.

There is another substantial shift as we move into the next phase. In this stage, it is the condition that is primary. You are what you are and you can do what you can do. “Manning up” to meet the old standards is a thing of the past because so many of those old standards are no longer relevant. You can keep them relevant if you want. That will mean continuing to aspire to standards of performance you are no longer capable of. It will mean consistent and debilitating failure. It will mean continuing the presuppositions of stage three well into stage four when, really, you could do better for yourself. What would the condition first—goal second constellation look like?

Let me illustrate the difference by telling you about my team meeting. The “team meeting” happens in the shower in the morning. Back in the old days, I would “call the play. OK, guys, this is how we are going to score today.” But then I would be interrupted by the members of my team. They wanted to be sure that in calling that play, I had taken their special…um…abilities, into account. I call Red Right 30 Pull Trap. [5] The halfback who is going to receive the pitch reminds me that his hands have gotten arthritic and he may not be able to catch it. The center and the right guard look at what I am asking them to do—maintain the 0 hole—and remind me that the defensive players across from them are a lot better than they are. (They often say they are “younger” than we are, but I know what they mean.) The backside guard has been having trouble with his knees and getting up out of his stance is taking longer than it used to. And when all that is over, the wide receiver, who has been having what he calls “hearing issues,” says, “So…what’s that play again?”

I don’t do it that way any more.  Now I start the team meeting by calling the roll. First, we find out who is there and ready to play a part—any part. Then we consider the plays available, ranked from those requiring the most coordinated action to those requiring the least. Then we eliminate the plays that will spook the players and keep them from showing up for tomorrow’s team meeting.

You get the idea. In this stage, what have you got to work with is the first thing in the process. When you know that, you have an idea what kind play might conceivably work. Who the team is and what abilities you can confidently ascribe to them is question one. We used to take that for granted. Now we take for granted that some match must be made between the resources we have and the task we might decide to attempt. That is why on one day, we walk to downtown Portland and take the light rail home after the movie and on another day, we hoard our energy because we are going to need to walk to the grocery in the afternoon.

Every age has some reality that is so pervasive and so important that we can’t see it at all. That is what every age has in common. Just what that reality is varies, as I have indicated, from age to age. I think it’s all good. What’s bad, I think, is failing to come to grips with how the reality of each new stage can be formulated and made a part of the planning. When you do that, you start losing games you could have won.

And although I treated it as a mild comedy when I told you about my mother and the milk, there is a sense in which her last decision was the very best one available. Put the milk in the icebox before you lie down on the sofa.

“All the world’s a stage,
And all the men and women merely players;
They have their exits and their entrances,
And one man in his time plays many parts,
His acts being seven ages…”

[2] Certainly not as tragedy. Mother lived a long and productive life and she deserved the celebration she received as people looked back over the course of that life.
[3] It was an icebox when she was growing up and I thought in a whole life survey like this, I could afford to do her that honor
[4] As they say, it would be a really bright fish who realized that he was always wet.
[5]”Red Right” specifies the pro set formation, with three receivers and two backs. The receivers include a split end to the left, a tight end, and a flanker to the right. The backs consist of a halfback and a fullback split two yards apart and two yards behind the quarterback. The fullback is lined up on the strong side (the side of the formation with the tight end) behind the right tackle, while the halfback is lined up behind the left tackle. In “30”, the “3” specifies a toss play: The quarterback delivers the ball to the halfback with an underhanded toss. The “0” specifies the hole the halfback will run toward. (The “0-hole” is the gap between the center and right guard). “Pull trap” describes a blocking scheme: The backside guard (the one away from the flow of the play) will “pull” out from his normal position to “trap block”, which means he leads the running back through the hole and blocks the linebacker back towards the backside of the play.