Fools, Friends, and the Media

I was in a discussion recently where the ability of comics who use politics as their medium was celebrated. There were kind memories of Jon Stewart on the Daily Show, of Stephen Colbert, and of the current cast of characters on Saturday Night Live.

We celebrated their freedom to tell the truth everyone already knows—both the liberals who like to see conservatives ridiculed and those young people (40% was the last figure I saw)  who don’t know the difference between satire and news. They were contrasted to journalists, whose commitment to “covering” the conventional events of “news stories” required them to serve as the tools of media manipulators.

Until recently, I would have said those were our options—just the fools and the media. The fools, the jesters, get to tell the truth so long as it is presented as humor. The press gets to tell the facts, but are precluded from telling any larger truth. Recently, I have seen the tentative opening up of a middle ground and that’s what I want to think about today.

The Fools and the Journalists

As in so many of Shakespeare’s plays, the fool gets to tell the truth everyone knows, but he is the only person in the room who wouldn’t be punished for it. Here are some examples.

Touchstone says in As You Like It, “By my troth, we that have good wits have much to answer for.” Act 5, scene 1.

And the Fool in King Lear smirks, “Truth’s a dog must to kennel; he must be whipped out.” Act 1, scene 4.

And Stephen Colbert blusters, “If our Founding Fathers wanted us to care about the rest of the world, they wouldn’t have declared their independence from it.” Season 3, Episode 2

We could modernize any of those–except, of course, the last one–and run them on the late night comedy shows. So we already have our supply of Fools, who dare to tell the truth.

The major news media, by contrast are shackled by their notion of what is”professional.” It is “professional,” for instance to say what the candidate said. It is not professional to opine about whether it was true. It is “professional” to pair a speaker representing one side [1] of an issue with a speaker from the other side, so an eminent climatologist is paired with a creationist from Feathertown, Tennessee. [2] It’s one “opinion” against another.

I’m wondering, though, if that isn’t changing. It may be that the New York Times, my principal news source, is breaking some new ground. On January 23, the Times headlined: “Trump Repeats Lie About Popular Vote in Meeting With Lawmakers.”

Then, on January 24th, I saw this headline in the Times: “Trump Won’t Back Down From His Voting Fraud Lie. Here Are the Facts.” 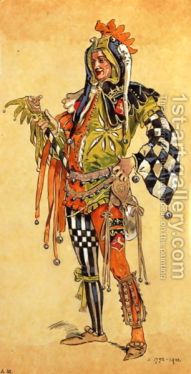 articles called “analysis.” These are “news stories.” In a long life of reading the New York Times, I have never seen anything like it.

And this is not, by my reading, just a retaliation against a President that the Times doesn’t like. They didn’t like George W. Bush either and I don’t remember any headlines calling him a liar. No, this is something more important. This is—it might be—a change is what “professionalism” allows the press to say.

If it were that kind of change, that would be a really big deal.

Papers like the New York Times and the Wall Street Journal and the Washington Post (and back in the old days, ABC, CBS, and NBC) are not niche sources for news. Fox news is a niche source; MSNBC is a niche source. They are the friends that we go to for the selection of stories you want with the spin we like best. So it would not be “a really big deal” for  Fox to be pushing the notion of “alternative facts” or for MSNBC to call President Trump our Liar-in-Chief.

The freedom of those niche sources to say what we want them to say represents what the newspapers of record, like the three I gave as examples, have rejected as “not professional.”  Real journalism means not only:

What do you say about the denial of global warming and the volatile climatic changes that are happening before our eyes? Do you keep saying, “Most climate scientists are persuaded that the warming hypothesis is solidly supported, although some disagree?” Is there a point at which you say, “These politicians are denying facts for their own political advantage?” Is that professional journalism?

Here’s what I think the short answer is.

often enough, there is simply no way for the media to deal with them while staying within the boundaries of “professional journalism” as previously defined. I think they have decided that the pallid responses to which they have limited themselves have made them tools of some of the worst elements of American politics and they have decided that if that is what “professional” means, it is time to give it up. (This is Sean Spicer, by the way, President Trump’s Press Secretary.  For fans of The West Wing, he is standing where C. J. Craig used to stand.)

If they have, in fact, decided to do that, I  find it encouraging. If this is what is really happening—it is very early in the process, after all—then the Times, the Post, and the Wall Street Journal are creating a new center for political journalism. They would, in doing this, have shoved the Fools, who are entitled to tell the truth as long as it is on the Comedy channel, to one side. They would have shoved the ardent partisanship of the niche organizations, the Friends,  to the other side. That is, after all, how you create a center.

And in that center, you would have respected papers of record using words that

communicate the truth in plain language. “He knows it isn’t true and he keeps on saying it is true. If that isn’t lying, what is?” And these bald confrontational questions wind up in the headlines, not buried in the text.  And not countered by someone representing “the other side.

The Trump administration will, of course, retaliate. But in the past, the media have been pretty capable of defending themselves, and, when it comes right down to it, defending their sources as well. [3] Mark Twain’s advice still seems good to me.

[1] The whole notion that there is “another side” imagines issues with only one axis of concern. Ordinarily, there are at least three or four axes (so 6 or eight “positions” to be covered) along which the issue may be understood. If there really are 6 or 8 “other sides,”then the notion of getting a spokesman to represent it (them) no longer works.
[2] Feathertown, Tennessee is the fictional setting of Barbara Kingsolver’s superb novel, Flight Behavior, in which local climate change deniers come into contact with scientists studying the changed migration of Monarch butterflies.

[3] When there is a very large swing in the style of administrations, usually a lot of people a moved to become whistleblowers. They will need to talk to the press and they will need for the press to protect them.