Peter Debruge in his May 16 review for Variety explains why the film Loving just didn’t have enough pop for him. In addition to the objection I am going to cite, there were other more technical criticisms that I accepted with pleasure. But this one—this is the reason I went back to read the review.

Loving is, Debruge says, “a film of utmost sensitivity, but not nearly enough outrage.”

I think that is what I liked best about it. It would have been easy to turn the story of this quiet and courageous couple into a “storming of the barricades” kind of story. And doing that may have been truer to the cause, but it would not have been true at all to the Lovings. [This is the actual couple, by the way.  The actors, Ruth Nega and Joel Egerton, look remarkably like them.]

The short version of the plot is that Richard and Mildred loving ran off to Washington D. C. where it was legal for a white man and a black woman to marry, before returning to Virginia where it was not legal for them to be married. Someone—we never find out just who it was—informs the police and they come out in the middle of the night, arrest the couple and put them is prison.  A picture of that arrest is shown below.

Mildred writes to Attorney-General Bobby Kennedy many years later, after watching TV and seeing the D. C. police protecting black protesters in Martin Luther King’s march on Washington. Kennedy refers the matter to the ACLU who take it to the Supreme Court, where they win Loving v. Virginia in a case that constrains the actions of all states on interracial marriage. [1]

I have followed the politics of interracial marriage from a distance. According to our 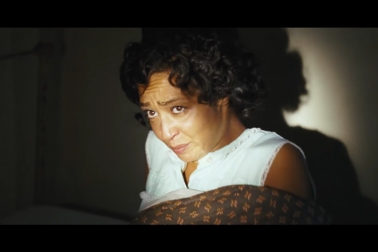 federal system, such matters are properly addressed by the states, rather than by the federal government, but states are not free to take away rights guaranteed to citizens of the United States. Just what those guaranteed “rights” are has been a matter of controversy for a long time now.

But longer than I have cared about interracial marriage, I have cared about the difference between what moves us to act and what moves us to understand. I don’t want to argue, of course, that the two are always at odds, but many times they are. I think Debruge’s point could be rephrased to say that director Jeff Nichols’ treatment, while it is admirably suited to understanding, is deficient as a call to action.
Most of the time, I would rather understand an issue than act on it. I know there are people who would rather act on an issue than understand it and I value their contribution to the general welfare, even as I lament what they take away from domestic tranquility.

With that in mind, I want to tell you about the hardest part of the movie for me. “God made robins and sparrows,” says the sheriff as I recall the quote. “Separate.” He is explaining to Richard Loving that he and his wife have violated not only the laws of the Commonwealth of Virginia, but also the “laws” of God. The sheriff is quite sure he understands what the laws of God are. The judge in the case feels the same way.

Almighty God created the races white, black, yellow, malay and red, and he placed them on separate continents. And but for the interference with his arrangement there would be no cause for such marriages. The fact that he separated the races shows that he did not intend for the races to mix.

I think the robin and sparrow analogy is a really bad analogy. I don’t like bad analogies. They lead to bad thinking which leads to bad conclusions and often to bad law. And when the sheriff made his remark about robins and sparrows—it wasn’t argumentative, he was stating a clearly observable fact and knew that everyone agreed with him—my first response would have been to object to the analogy. 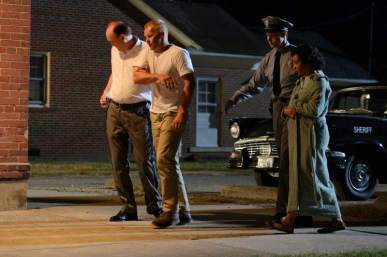 Set that against the quiet certainty and the authoritarian control of Virginia. There was no question that the sheriff would throw Richard Loving in prison and might even set the bail too high for anyone to reach. The threat of imminent punishment loomed over the conversation and I knew immediately, as I sat in the theater, what a struggle it would be for me to pass by that analogy.

I would recommend Loving to anyone who cares about the issue and who has the patience to let the story tell itself. It is not a movie of high drama, but I think it may affect us more deeply for that reason.

[1] And was cited in Obergefel v. Hodges, where the same logic was applied to same sex marriages.