Where would a phrase like that come from? A shoe salesman? Possible, especially if there were a more comfortable and more expensive pair of shoes available. A podiatrist? You can see that, although in my experience, podiatrists are more likely to be interested in structural anomalies than what your feet feel like to you.

And what would be paired with an expression like that? Maybe “an ugly suit” or “an ill-fitting dress?” Those would work.

Neither of those speculations is anywhere near the mark. Here is the paragraph that contains the expression.

I, myself, was everything the date of a prominent psychotherapist should be: unobtrusive in a dark blue suit, pale blue silk tie and a pair of sapphire cufflinks Susan had given me to celebrate my virility. Susan was amazing in red silk and painful shoes.

This is told in the first person, so the “I” sentences all refer to a detective named “Spenser,” whose first name is never revealed. It is set in Robert B. Parker’s mystery, Back Story (see page 106). This essay is just an appreciation. I was entirely unprepared for this juxtaposition of worlds and I laughed out loud before I remembered where I was and recovered my good manners.

As I have often said in these essays, the funniest book about humor I have ever read is Max Eastman’s The Enjoyment of Laughter and Eastman emphasizes that one of the things that makes us laugh is to have our minds guided in one direction and then suddenly see that we have been led astray. And the longer the journey in the wrong direction and the more sudden the realization that we have been duped, the funnier it is. 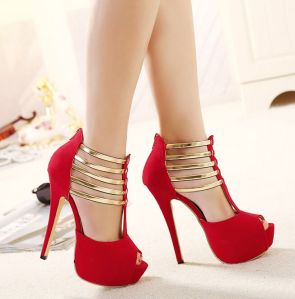 The words I chose for the title are, as you see in the quote, the last three words. Everything before that, including the previous paragraph, which describes his buddy Hawk in terms that belong to the same genre, is about fashion. He pretends to be talking about how he blends in. That’s why he starts off with “unobtrusive.” But nothing else he describes is unobtrusive: the suit is not, the tie is not, and the cufflinks are not—particularly not when tied to his “virility”—so Parker is playing with “unobtrusive” already.

Then there is the now familiar joke about the wedding in which the groom’s attire is described in excruciating detail—as if it mattered—and the bride’s is summarized as “the bride wore white.” I think Parker wants us to have that joke in mind too.

But my favorite part of this joke is that everything is visual…until we get to the shoes. The shoes are described from the standpoint of the wearer. Everything else is described from the standpoint of the viewer. Besides, “how women feel about what they are wearing” has never been a major focus of murder mysteries. In murder mysteries, the important thing about women is how they look, not the price they have to pay to look like that.

And this description follows that standard (Susan was amazing) down to the last three words. The conjunction “and” promises that the thought will be continued. “And” isn’t like “but,” after all. Parker doesn’t say “even though the shoes must have been painful.” Nothing funny about that.

No…he promises a continuation of the theme with “and” and then violates that promise in three ways in three words. That’s why it’s funny.