At some point, I should probably say that this essay is about words more than it is really about retirement. That is fully within my mandate as a dilettante, but this is not an essay you will enjoy if you are trying to learn something useful about retirement. About words…maybe. 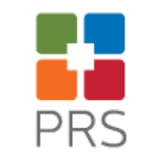 Ferdinand Magellan sailed out of the very nasty seas around Cape Horn and found a relatively quiet body of water. He was thankful for how peaceful it was for the same reason that the Pilgrims were thankful for food after having lost half their number the previous winter. We could say that the seas Magellan found were “relatively” calm. So in the general sense, “pacific” means “peaceful.” Everyone who has ever given a baby a pacifier ought to understand that. [1]

But the thing about the English language is that we rely on the neighborhood of words to give them their meaning. So a title like Pacific Retirement Services could make “pacific” the adjective and “ retirement services” the noun (phrase). On the other hand, it could make pacific the adjective and retirement the noun. We are now talking about a pacific retirement, which sounds really good to me, especially given the alternatives (antonyms). [2]

I put the full set in the footnote, but I especially like these five.

It is expressions like “nettlesome retirement services” that clarify my preference for pacific ones. A pacific retirement is a great goal to have and whatever services it requires are of immediate interest to me.

Of course, the people who chose that name had nothing of the kind in mind. There are hundreds of businesses and associations in California, Oregon, and Washington that are called “Pacific” simply because they are in states that border on the Pacific Ocean.

But I don’t have any direct interest in Pacific Retirement Services where “Pacific” refers to the ocean. Bette and I are going to be living at Holladay Park Plaza—in a few weeks—and HPP is one of the retirement centers belonging to (affiliated with) Pacific Retirement Services. [3] So right away, as I begin to wonder whether PRS is good for HPP, my mind drifts over to a pacific retirement, the kind I want very much. And that raises the questions of what “services” will help me achieve that. [4]

Not that there are not other values to be sought and sustained in a retirement center. Of course there are. Old people, like young people and middle-aged people, need to be engaged as active agents in their own lives. They need to live lives of meaning and, at our age, of service as well. But I don’t worry about those things for myself. I actively pursue those things. “Peaceful” is not always a part of the bargain in my life—my own fault, mostly—and it is the peaceful part of the retirement phase that attracts me.

[1] The root is pax, pacis, of course (Pax Romana?) but you will note that there is more to Pacific than that. The -ific comes from the Latin facere, “to make.” Actually, all the English words that end in -ify or -ification contain this contribution from facere. So the body of water Magellan faced was not just “peaceful,” but had been “made peaceful.” It had been “pacified.”
[2] abrasive, aggravating, annoying, chafing, exasperating, frustrating, galling, inflammatory, irksome, irritating, maddening, nagging, nettlesome, nettling, offensive, provocative, provoking, rankling, riling, vexing; engaging, incensing, infuriating, maddening; antagonistic, antipathetic, hostile, inhospitable, inimical, unfriendly, unsympathetic; aggressive, agonistic, argumentative, assertive, bellicose, belligerent, combative, confrontational, contentious, pugnacious, quarrelsome, scrappy, truculent; martial, militant, militaristic, military, warlike
[3] “The PRS family of affiliates is made up of 9 Continuing Care Retirement Communities (CCRCs) and 25 affordable senior housing communities. We are located in five states: Oregon, Washington, California, Texas, and Wisconsin.” That’s from the Pacific Retirement Services website, where I learned for the first time that Texas and Wisconsin also border on the Pacific Ocean, probably in some honorary sense.
[4] Nothing is a “service” just because it is called a service. My mind goes immediately to Steven Spielberg’s movie, The Terminal, in which the evil director of the airport is trying to get Viktor Navorsky (Tom Hanks) to walk out of the terminal so he can be arrested and become somebody else’s problem. Making him hungry ought to work and Viktor has no money for food—until he discovers that when you return a baggage cart you get a quarter. So he collects a lot of carts and gets a lot of quarters until a new “service” is invented just for him. One morning, he has collected…let’s say 20 carts (worth $5.00 to him)…and as he is about to return them, he is stopped by a man with very large arms. “Thanks,” he says, “I’ll take it from here.” Thanks, that is, for collecting all the carts, now I will take all the money they represent. And then he gives his title, a title invented just for this particular job. He says he is the Transportation Liaison for Passenger Assistance. None of those words points to what he is actually doing. What he is actually doing is providing a “service” that is not a service.