My blog is 6 years old today

Today is May 30, 2016. It is the sixth anniversary of my birth as a blogger. Or six years after 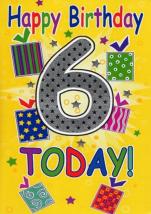 I gave birth to the blog.  It’s a question of perspective, I guess.  And after six years of this, I’d have to say that I am surprised at how much it has changed me. As is often the case, I have three things in mind.

The first is how hard it is to do what set out to do. I had in mind a record of those things that delighted me. I knew when I chose it, of course, that dilettante was mostly a negatively connoted word. Certainly, it does not suggest that the person is actually good at anything. Quite the contrary. A dilettante “dabbles;” he jumps from one idea or project to another without seeing anything through.

I chose it for a different reason. I knew that it was based on the Latin delectare, “to delight in.” And I wanted to write about the things that delighted me. What could go wrong?

Quite a bit, it turns out. To know what is tickling my fancy, I have to be paying attention to my fancy. There is a certain amount of quiet attending involved. And if I am going to hear what is quiet, I am going to have to unhook myself, at least a little, from what is loud and boisterous.

In a loud and contentious political time, people want me to write about politics. I can do that. I have paid attention to politics, in one form or another, for most of my adult life. But if I write about what is going on out there, I run the risk of missing what is going on in here. I miss the early signs of a new idea—a heightened wariness, an unexplained recurrence of a particular image, the filing of one event after another into the same mental file, when that file had scarcely been used before. Those are very quiet things and if I am not quiet, I will miss them.

I chose dilettante as a way to remind myself not to miss those things.

The second thing that surprised me—I see now that it should not have—is that when I pay attention to things because I think I might write about them, I attend to them differently than I would have otherwise. I noticed it because of all my years in the classroom. When I learn something only because it is of interest to me, I learn it one way. When I learn something because I am going to use it for something—I am going to integrate it, for instance, into some larger structure—I learn it differently. It feels different. I have that feeling about the blog and it is a very familiar feeling. 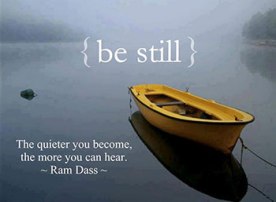 In writing a blog, I find that many of the ideas I run across in the course of a day’s conversations are neurologically linked, like a microphone planted somewhere in my mental landscape. They catch and transmit the remarks of passersby; they remind me of stories I haven’t thought of for fifty years; they make connections between phenomena I have never seen as related before. Briefly, it changes how my mind works.

Third, trying to write out ideas as I am thinking them through makes me much more “vulnerable” [1] to the process of writing. Like every other writer I have ever heard of, I have little connections I don’t know anything about. I use a figure of speech and it sends my narrative off in a direction I had not imagined. I use a metaphor that I have always associated with offense to describe a situation I have always associated with defense. It is like coming around a familiar corner and seeing a completely unfamiliar landscape.

I had thought of developing the essay like a ski jump. There are lots of elements to a successful jump and I know they include speed and balance and wind resistance. But sometimes it is more like being the ball in a pinball machine. All you want to do is go safely down the hole, but everything you touch whacks you or bumps you or flips you in an unanticipated direction. And when they are done with you—THEN you get to go down the hole and rest.

So very often, I start off in one direction, looking for the word that will complete the thought, and I choose, instead, one that subverts it. Or, sometimes a word that amplifies it so that it no longer fits in the neighborhood where I was when I started looking. Mostly, I just go with those things. I don’t experience them as “things I am doing.” I experience them as “things that are happening to me” and sometimes I am just charmed by how fresh they are. [2] 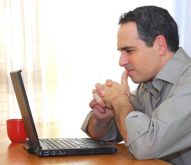 In that first essay, I worked out what “log” meant as a nautical device and how the b- of web got assimilated to it to make the word blog. It was heady stuff, for sure. If I had known that six years later, I would think it was a good use of anyone’s time to remember that, I would have been truly amazed.

[1] I am very cautious about using a word like vulnerable. I know that the Latin vulna means “wound,” and know that by using that word, I am setting up a picture of my writing as something that can be “wounded” by new thoughts or images. I don’t want to say that, but I want to almost say that.
[2] By “fresh,” of course, I mean that they seem fresh to me. I will never forget the criticism a teacher wrote on a school essay. I had included a figure of speech I had never heard before and that I really liked. She said it was “trite.” Later, I learned that if I mean “often used to convey that idea, tired from overuse, threadbare,” it was indeed trite. But I had never heard it before, and I was still being charmed by its novelty. Trite! Humph!
[3] Although “year” has been defined in several ways during this time. I counted May—December 2010 as a “year,” because I started in May. Then in 2013, I began a “blogging year,” which begins December 1 and lasts until November 30. So all the yearly collections since 2012 have been named BY (Blogging Year) + the year in which that series ends. So I am working in BY 2016 at the moment.