For reasons I don’t entirely understand, I am thinking about faith healing today. In the expression “faith healing,” there is no question about what “healing” means. Understanding what “faith” means is more difficult.

To introduce this speculation, I want to start with the TV show, NCIS. Special Agent Leroy Jethro Gibbs is “God” for all practical purposes. He knows things he can’t possibly know; he appears with impossible suddenness at unpredictable times; he loves the little children like a father. And so on. Oh…and he demands absolute loyalty. He is a larger than life person and that is the way all his staff feel about him, especially Anthony DiNozzo, and that’s a good thing for him because DiNozzo is the one who needs to be healed. 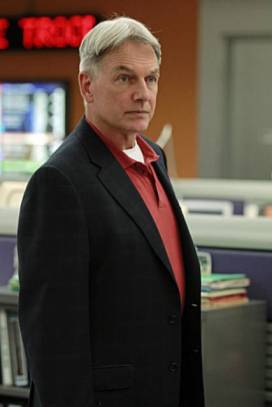 Early in the second season, an angry mother releases a genetically modified plague bacterium and Tony is the only one who comes down with it. The scientist who designed this bacterium says that Tony has about one chance in fifteen of surviving it. So if you set aside your certain knowledge that Tony appears in the next episode, it seems that he doesn’t have much of a chance.

He does three things, all of which require the relationship they have developed over the years. He says to Tony, his mouth so close to Tony’s ear that only he can hear, “You…will…not…die.” Then, “Can you hear me?” Tony nods, barely; it is the best he can do. And again, “You…will…not…die”

The second thing he does will be understood immediately by anyone who knows the show. He gives Tony a slap on the back of his head. Ordinarily, that means, “DiNozzo! Focus!” This time it means, I am not treating you the way I would treat anyone with only a few breaths left. I am treating you the way I will treat you when you come back to the team, having recovered from all this.”

The third thing he does is to give him a new cellphone. [1] He presses it into DiNozzo’s hand, which is lying limp on the bed, and says, as he leaves, “And change the number. Women keep calling and asking for Spanky.” DiNozzo knows what that means and smiles—just barely and at considerable effort, but he can’t help himself.

And he does get better. Of course, maybe he would have recovered anyway. He did have a 15% chance after all. But I think it is reasonable to think that the director wants us to believe that what Gibbs did affected Tony’s chances.

Is that faith healing?

I read a study a few years ago that opened another notion of faith healing to me. Here is the question it brought me to. What if there is a reserve of “illness-fighting” resources somewhere in your body? Whoever can release those healing resources in your body can be said to have “healed” you. Just to be clear, the resources are there but you can’t get access to them. They are like a computer document that you have “deleted.” It is still there, but it is not there “to you.” What if it were there “to someone else?”

The experimenters I read about were studying how to treat athletes at the point of exhaustion. That sounds brutal to me, but there are athletes who really want to know how much they can take. These particular athletes were cycling—on stationary bikes, I suppose. They ride until they are exhausted and then are treated by one or another intervention. In this case the two interventions were: a) drinking sugar water or b) rinsing their mouths with sugar water and then spitting it out.

Group A, the ones who drank the sugar water, got extra resources of energy as the sugar was digested and processed and made available to the muscles. Group B, who only rinsed with the sugar water, got extra resources of energy immediately. There’s more to it, of course, but here’s the part I care about. The scientists concluded that the taste buds signaled the brain that new resources of nutrition were on their way. The brain said, “Oh good, then I won’t have to hold this energy in reserve any longer. I can release it because it will be replaced right away.”

Now…the taste buds were wrong, so the message they sent to the brain was wrong, but the brain responded as if the message were true. It released the energy it had been holding in reserve. In reserve. That means the brain is holding it somewhere where you can’t get at it.

So then I got to thinking, “What if there were a “reserve of healing” that functioned by precise analogy with the “reserve of energy?” I don’t know that there is such a thing, but I would guess that there is. What would you call someone who has access to that reserve, someone who can cause the healing response to be produced? I don’t want to be stuffy, but I don’t think it would be out of line to call such a person a healer. If he “causes a healing response,” I’d be willing to call him or her a healer. If this response CAN NOT be called forth—the reserve cannot be released—unless you believe that this particular person can do it, then I would say that person is a “faith healer,” This person is someone who is able to “heal you” (call out the healing reserve) if you believe he or she can do it (if you have faith). Faith healer?

I think so. Jesus is so variously presented in the different gospel traditions that it is hard to be too confident about it. In Mark 5:34, we get this ’My daughter,’ he [Jesus] said, ‘your faith has restored you to health; go in peace and be free of your complaint.’ Everyone calls that episode “a healing performed by Jesus” and I have no quibble with that way of characterizing it, but Jesus says, “The active agent in your healing is your faith that I could heal you.”

The counter-instance is made, too. Jesus, having established a reputation as a healer, returns to his home town, Nazareth, and runs into a wall of disbelief. Maybe “dismissal” would be a better word. The villagers said, “Where did this guy get all the religious stuff. He grew up here. We know his family and so he can’t be who he says he is.” And Matthew (13:58) tells us that Jesus “did not work many miracles there because of their lack of faith. Mark says (6:5) that he could not work miracles there because of their lack of faith.

So let’s see if the “healing reserve” analogy helps us here. A woman was restored to health because of her faith. Her faith that Jesus could help her gave Jesus access to the “healing reserve” and her body released all that “healing” and she was cured. In Nazareth, where, according to Mark, he was unable to heal, they did not believe in him and so protected their healing reserve and so Jesus was not able to open it so that they would be healed.

You could ask, I suppose, whether I have offered a “naturalistic explanation” of “faith healing” rather than a religious or supernatural one. To tell you the truth, when we get to the place where believing something is true has an undeniable real world effect on health, I’m not sure just what the “super” part of “supernatural” is any more.

[1] The old one was infected by the virus and had to be destroyed.
[2] English is such a vulnerable language. It associates adjectives with nouns by proximity alone, without the help of gender or case designations. So, just because faith stands next to healer, the expression could mean “the healer of our faith” or it could mean a person who heals because of or by means of our faith. It could even mean someone who is able to heal because of his or her own faith. Jesus as the “healer of our faith” is perfectly orthodox. In Mark 9:24, a father calls out to Jesus, “Lord I believe; help my unbelief.” Both meanings of “faith healer” are there.
[3] You could argue—I don’t want to—that it is the belief a person has in the “healing power” (efficacy) of a placebo that gives it such power to heal. If you gave a placebo saying, “Oh, and by the way, this is a completely inactive sugar pill,” it probably wouldn’t have any effect at all. I don’t want to stretch the word faith so far that it covers “faith in a pill,” but otherwise, I think the parallel is interesting.