There must be 50 ways to beat your lover

It took me a long time to get interested in 50 Shades of Gray. I have not yet made it so far as to be interested in reading the books or seeing the movie, but the responses to the movie have started to interest me.

The first was when I read Beth Felker Jones’s review of it in the Christian Century. Jones is ordinarily an insightful viewer and an engaging writer. Not this time. She fairly splutters through the review. If I had been the editor, I would have sent it back to her or on to someone who was willing to actually review the movie. Jones talks about the relationship of the books to the Twilight series. She talks about the commercial success of the books and the movie (100 million copies, for the book, $87.1 million for the first weekend of the film). She cites and disputes Joseph Heschmeyer’s views on the phenomenon as they appeared in the journal First Things. She jumps to the general topic of misogyny and the possible effects of a film like this on society. She even quotes a scripture verse which is quite unusual in Christian Century and which indicates, to me, a state of extreme agitation

So what’s going on here? What’s this all about? If this is a film about sexual abuse, why do so many women want to see it? I looked around for awhile to see if I could find anyone who was interested in this question; I couldn’t find anyone in the time I was willing to spend on it. It’s a media event. It’s a commercial success. It has/does not have major effects on society. OK…I get that. Why do women want to see it? There can’t be all that many women who want to have THAT done to them. Can there?

Well…what is THAT? Is it sex for the pleasure of sex without any sentimental and unnecessary romantic feelings? Is it being raped? Is it getting to choose to be raped? Or “spanked” or beaten?

Emma Green says this clip appears in one of the books:

He hits me again … this is getting harder to take. My face hurts, it’s screwed up so tight. He strokes me gently and then the blow comes. I cry out again.
“No one to hear you, baby, just me.”
And he hits me again and again. From somewhere deep inside, I want to beg him to stop. But I don’t. I don’t want to give him the satisfaction. 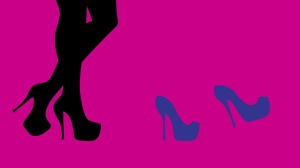 I don’t know those answers so let me start with a few things I do know. I know that you can’t find the answer to a question like that by asking. In the course of my varied career, I have found a lot of things pleasurable without being able to say precisely why. There is no evolutionary advantage, a biologist will tell you, in being able to say just why you enjoy producing progeny. Actually producing progeny on the other hand, is what makes a species successful.

I’m sure any researcher could find women who like something—lets say kinky sex, just to get into the topic and to avoid the necessity of defining what we’re talking about—and who can say why. But that raises other questions. These women are certain to be right about whether they liked kinky sex, but how likely are they to know just why? And if they do know, can we say that they fairly represent the many other women who don’t know or who can’t say? Can we safely generalize, in other words, from the few women who can reliably answer the question?

What I’d really like to see is a series of psychological tests taken by women who had some experience of kinky sex—to do this experiment, I would actually have to define it, I suppose—and liked it or didn’t like it. Then we could start defining the pool of people we wanted to talk to. Are the women with the highest self-esteem more or less likely to like it? High or low on an authoritarianism scale? High or low on a self-efficacy scale, which would measure how important it was to them to be able to choose a project and then do it and succeed at it? If we had that kind of testing, we’d know which women to talk to at least.

I’m sure somebody has done that. If I were going to look for it, I’d start with the journal Sex Roles, but I’m not going to. It really isn’t the phenomenon that interests me. It’s the reaction. Why is this a big deal? 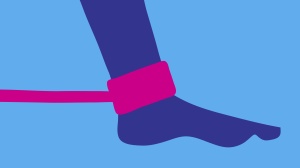 I’ve been troubled for a long time about the use of the word community to refer to a category of people. Having some similar traits doesn’t make you a “community.” We talk about “the black community,” which makes sense on some issues, but we never talk about “the middle class community,” an expression that would never make sense. It takes more than a common trait to make up a community, even if that trait is very important to the people involved. 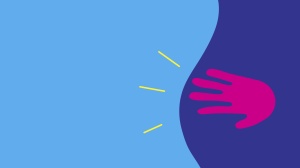 Adrian Peterson thinks that giving his son a good whupping is the right way to raise him—another good instance of why you don’t want tiny little scripture fragents attached to your argument. I’m sure Mr. Peterson had Proverbs 18:34 in mind. Some think that internalized guilt is better. Some think that rewards and punishments are better. 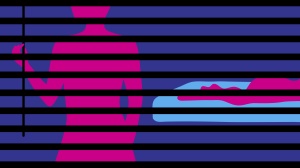 You can see why this troubles me. I have no interest in knowing what kind of sex my neighbors like in their bedrooms on in their clubs, but I am, myself, a part of the public conversation about the mainstream choices and if Fifty Shades is a way of moving conversation into the mainstream, I would rather they didn’t.

The second question is, “Why is this happening now?” Short of finding people to ask and thinking how they might know the answer, I have a very broad theory. Sometimes when social forces push the people further than they want to go in one direction, they push back the other direction. “You can’t make me,” seems to be the sentiment.

The California State University system has adopted a version of “explicit consent” that contains this:

“Affirmative consent must be ongoing throughout a sexual activity and can be revoked at any time.”

The goal is preventing sexual abuse. Good so far. The means, which requires asking 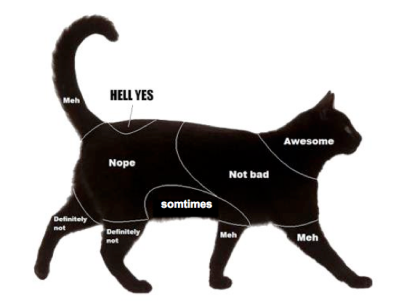 permission over and over to touch the sex partner here or there or over here—that’s what “ongoing affirmative consent throughout a sexual activity” means— may have seemed just too much. Just guessing. Certainly that approach has been ridiculed a good deal in print.

If this new interest is an artifact of a demand for autonomy, we can expect it to die out as the draconian regulation of sexual contact dies out. Or maybe its just an extension of the “bodice-ripper” pulp fiction that has been popular for a long time with women who don’t wear bodices and would not like to have them ripped off if they did.

It’s hard to say. To speculate any further, I’d have to read the books and I really don’t want to do that.